Folks, you know I’m an Apple Fanboy, but I don’t defend ’em when they screw up. I mean, I’ve got my own problems with ’em. But this? I don’t think they were doing anything that was, you know, planned obsolescence. You know, everybody thinks that about their cars too. Everybody used to think the car, in three years, was gonna wear out and you’d have to go buy a new one. They build it in there. If you understand chemistry (and most people don’t), if you understand lithium ion batteries and how they work, and that we are at peak tech, there is nothing we can do to make ’em better. 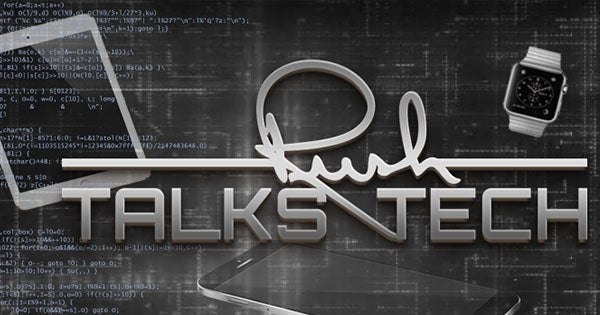 And there’s nothing to replace them on the horizon yet. It’s the one area of tech that there isn’t any significant improvement left. They’ve gotta change the entire concept of providing remote power. I’ll explain in a minute. But, no, there’s… (interruption) You think a lot of people think this? You think a lot of people think that Apple was…? (interruption) Apple’s problem is that they just are so damn secretive about things that they don’t… (sigh) I don’t know what in the world they’re afraid of by telling people how they’re saving their batteries.

They’re only doing this on phones that are a year-and-a-half old. Do you know that every lithium ion battery… I don’t care if it’s in your phone… By the way, it does matter. This is not a factor in your iPad battery and it’s not a big factor in your laptop battery because those are huge batteries. But when you’re talking a battery that’s under 3,000 milliamps (which is a 7 Plus, 8 Plus size, iPhone X) or 1700 milliamps (which is the size of an iPhone 6 or 6 Plus or 7 or 8), there’s a charge cycle. There’s a certain number of charges that that battery will go through and then it starts to deteriorate.

A charge cycle is constituted by a full, 100% charge of the battery. So if you’re at 70% and you charge it back to 100%, you’ve charged it 30%, and until you charge it another 70%, you haven’t done a full recharge. Those are usually 200, 250. If you live in a cold area, that can wear the battery out. I mean, they wear out with usage. They do. They start wearing out from the moment you use them, and typical use after a year, their capacity is down 20%. Brian knows all this.

Do you think that they’re obsoleting the phones on purpose? (interruption) See, for those of you here at the EIB Network, it’s not a factor, ’cause we get new ones every year. But some people don’t, and Apple doesn’t want them to have a bad experience. When you’re using your phone and all of a sudden it shuts down, is that good? Okay. So to keep that from happening, Apple throttles the processor speed, slows down the processor so that it puts less of a load on the battery and thereby keeps the phone operating.

In many cases, your average consumer doesn’t even know this is happening, is not even aware the phone has slowed down until it slows down a lot, which will happen at about a year and a half depending on how much you charge it and use it and where you live. I can understand why people… Since Apple doesn’t tell anybody about this, I can see why people would think Apple would build this in to get people to buy new phone.