RUSH: Now, look, I know this is saying something, but here it is. Today, more than ever, more than ever, more than at any time in the last three years it is abundantly clear and over-the-top evident that very few people inside Washington, in the establishment, inside the Beltway in American politics have the slightest idea who Donald Trump is. It has never been more obvious that they are incapable, even if they wanted to understand Donald Trump, I don’t think it’s possible. 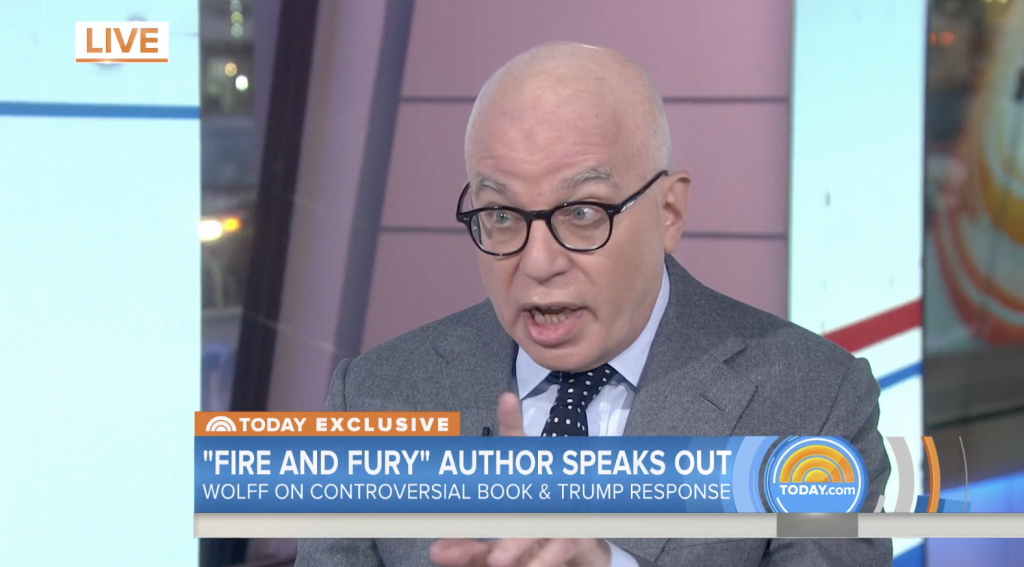 Now, the feminists hate that quote. They despise it because they interpret it as a wife subordinating her intelligence to her husband’s in order for the sake of the relationship, so forth. That’s somewhat what it means, but it’s not entirely what it means in this day and age.

It’s the same applicable thing here. These people are simply incapable of thinking anybody could possibly be as smart as they are. And if they’re not smart in the way these people think they’re smart, then of course we get what we’re getting today. This is absurd, folks! Michael Wolff’s book: Everybody who knows Donald Trump thinks that he is unfit, 100 percent think Donald Trump is a moron and describe him as a child, 100 percent of the people around Trump say he’s lost his mind?

And this from an author who admits he’s not sure everything in his book is true and who admits that he said whatever he had to say to get his story, which he admits is not all true. I have long held, ladies and gentlemen, we need to redefine “smart” in this country. Because there are a lot of stupid people who do a lot of dangerous and dumb things. And they are considered the smartest people in the world. Example number one is Hillary Clinton. Example number two is Barack Hussein Obama.

Let me give you a side-by-side, A-B comparison to give you an idea of what I mean. One president breaks laws to get billions of dollars flown illegally, pallets of cash into the hands of the people who run the largest state sponsor of terrorism in the world, Iran, and they export it. And this president does everything he can to get them hundreds of millions of dollars in cash. This same country to whom we gave this cash is committed to creating a nuclear arsenal delivered by ICBMs, all of which are known to be under development because this president enabled them to move forward on their research.

The other president is working to stop all of this. The other president is working to unwind this insane deal and do what he can to prevent this state sponsor of terrorism from getting nuclear weapons. Now, who’s the smart one and who’s the dumb one? Is what Barack Hussein Obama did smart? No! It’s stupid! It’s dangerous, and it’s idiotic. And the people around Obama should have been petrified when he was doing this. The only problem is they all think alike. They all act alike, and they all believe alike. 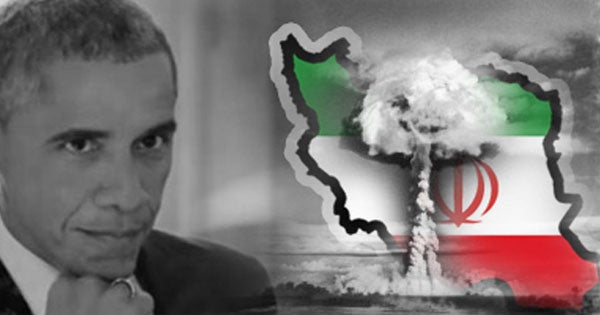 They’re so stupid and shortsighted they think the United States of America is the problem. It’s unfair that the United States has such an advantage. It’s only fair that the Iranians get nuclear weapons. Nobody told us we couldn’t have them. Who are we to say they can’t? That’s stupid! But the guy trying to prevent that from happening is now said to be insane and unfit for office.

One president went out there and literally seized one-sixth of the U.S. economy and lied to the American people in doing it. He promised the American people that if we would just entrust our health care to him, somebody who doesn’t know anything about it beyond being a theoretician in the academic lounge. Somebody who’s never run a hospital, who’s never talked to anybody who’s run a hospital, who’s never had the slightest interest in running a hospital took over one-sixth of the U.S. economy along with the rest of his party, lied to the American people to do it, claiming that if you like your doctor, you can keep your doctor, and if you like your insurance plan, you can keep that. 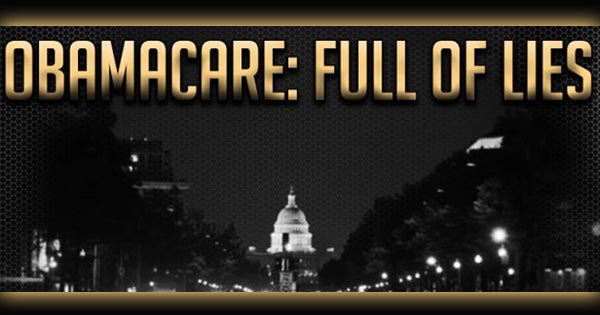 None of that was true. The American people were lied to 21 times on this alone. One-sixth of the American economy seized by the federal government, and the whole thing, Obamacare, led to an implosion of the American health care system, which was by design. Because this president wanted it to implode so the government could take over all of it. The other president is doing everything he can to unwind that and deregulate as much of the Obama health care takeover as he can.

Who’s the smart one, who’s the dumb one? Who’s the dangerous one, who’s the sane one? Who’s the man with whom we are in better hands here? One president slow-walks and handcuffs the military with stupid, dangerous rules of engagement preventing our military from defending themselves or acting aggressively and firing on bad guys. This allows ISIS to grow and expand while we sit around and do nothing about it and basically say, “Well, who are we to say they shouldn’t expand? Who are we to say? Nobody told us we shouldn’t.”

ISIS, a brutally inhumane, militaristic gang which one president said, “We’re doing everything we can. There’s not much we can do. Get used to it. They’re here.” Destabilizing the Middle East, destabilizing a victory in Iraq, leading to terror attacks around the world. The other president has systematically wiped out this organization in under a year. Who is the smart one and who’s the stupid one? Who’s the dangerous one and with whom are we in safer hands?

One president spies on his political opponents. One president knowingly takes opposition research from the presidential candidate of his party, knowingly allows it to be used as legitimate intelligence, when it’s lies and made-up BS, allows his Justice Department to get a FISA warrant to surveil and spy on the presidential candidate of the opposite party. The other president, in the midst of an entire effort by all of Washington to destroy him with this phony dossier, exposes this.

One president micromanages the economy into the ground and tells the American people that our better days are behind us. He says the great days of America’s past were not really legitimate. They were built on phony policies, trickle-down economics from the Reagans. We stole resources from other nations around the world. Our superpower status was not deserved. We now must manage the decline. And I, Barack Hussein Obama, am the smartest guy in the world to manage the decline of the United States and its economy.

His replacement liberates the economy, unleashes the United States economy to the point in under a year it is growing at twice the rate it ever grew under Barack Obama. And yet we’re told Obama’s brilliant, he’s so smart, we can’t even stay in the same room with him. He’s so brilliant, we can’t keep up with the guy. He’s so brilliant, all we can do is bow at his feet and try not to be blinded by the light reflecting off him. Donald Trump is silly. He’s insane. He’s obsessed. His unfit. We need psychiatrists examining him. We need the 25th Amendment.

Who’s the nutcase, who’s the dangerous one, and who is, in under a year, unraveling all of the mistakes borne of the either poor ideology or just blatant stupidity of the previous administration? We need to redefine smart, ’cause I’m gonna tell you, it isn’t Barack Obama, and it certainly isn’t Hillary Clinton, and it isn’t Bill Clinton. But the Washington establishment thinks it is. The Washington establishment thinks intelligence is defined by where you come from, what university, what professors you knew, what degrees you have in common.

They’re incapable of understanding anybody not of their world. Their arrogance and condescension means that they make no effort to understand. They simply rely on the fact that they are better than everyone else and whoever doesn’t meet up is not just wrong, but is sick. We have never had a more spoiled bunch of arrogant snobs claiming to know everything in such a fit of panic. 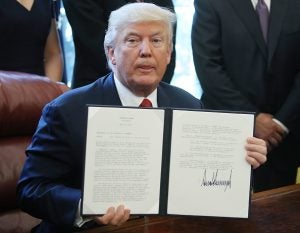 They ask people to donate money so they can continue to theorize.  When it comes to implementing anything, don’t look to them.  They don’t think it’s possible.  All good things remain theoretical, “Because liberalism dominates, Rush, and there’s no way we’re ever gonna beat it back.  We just have to find our way in it and try to live the best we can.”  Somebody comes along and doesn’t like the status quo and starts working overtime to banish, to repair, to fix — and abject panic sets in!

And then when this new arrival actually begins to succeed, why, real panic sets in! “This cannot be allowed.  We cannot permit what we theorized to actually happen when we aren’t responsible for it.  This guy’s gotta be stopped.  This guy’s… (stammering) He’s not fit to be implementing our ideas.  This guy’s insane.  This guy’s stupid.  This guy’s a moron.  This guy’s a child.” This guy is the only guy that’s gotten anything done in I don’t know how many years you want to count.  So who’s smart, who is that moronic, who’s dangerous, who poses threats, who’s worth it, and who’s worthless?

I’m gonna tell you right now: Donald Trump is not worthless.  Donald Trump is not a moron.  It is not true that 100% of the people around him think that he’s an idiot and unfit.  There may be some around him who do, but I maintain that it’s all about the inability of people to understand people who are different from them.  And I don’t mean the way we generally talk about that.  I’m not talking about racially or diversity ways or gender, sexual.  I’m not talking about that kind of different.

I’m talking about genuine differences in personality, worldview, outlook, confidence, you name it. There is no way they are ever going to understand Donald Trump. Even if the person (whoever it is) they revere the most were to appear and explain it to them, they would reject it nevertheless because they are constitutionally incapable of accepting that this guy who has taken over their world can possibly know what he’s doing.

Meanwhile, they’re gonna continue to try to project their worldview and their personalities and their human characteristics onto a man they can’t hope to understand, who isn’t a thing like them to begin with and never will be — and so they gotta get rid of him.  They’ve gotta use everything in their power to throw this guy out.  It doesn’t matter what.  His very existence… To hell with what he’s doing. His very existence poses the greatest threat to them that they have ever felt.  Donald Trump’s a greater threat than any foreign enemy.  Donald Trump’s a greater threat than any missile that Kim Jong-un might launch with his tiny little button there, that he probably got at Staples.