Internet Control Is Air and Water for the Left

RUSH: Mike in St. Louis. Galled, sir. How you doing?

CALLER: Hi, Rush. You know, I want to talk about this Twitter thing.

CALLER: I remember when Obama was in the White House visiting with the Twitter guy and he was endorsing Twitter and talking about how great it was, and I just had my suspicions. I thought, “Why is he endorsing Twitter?” Maybe now my suspicions are answered when I find that they’re using it to advance some sort of leftist agenda.

CALLER: Does that make sense to you? Did you have the same kind of suspicions when Obama came forward?

RUSH: No. They were not suspicions. It was knowledge.

CALLER: (laughing) That makes sense! (laughing) You know, but it took a while for that to be confirmed. I mean that was a while ago. I’m not a Twitter user. I don’t follow it or anything. But I just thought, “How are they gonna turn this to their advantage?” and it looks like they may have. 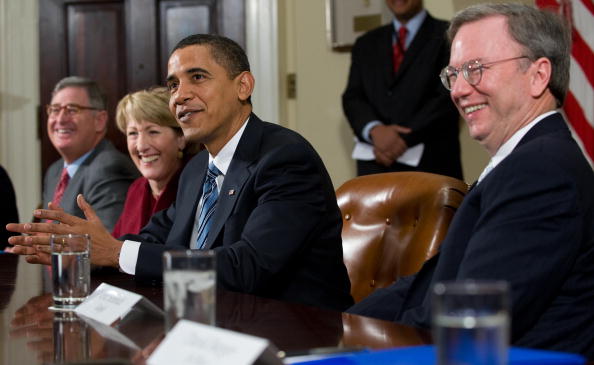 RUSH: Twitter, by the way, is a piker compared to what Google was doing for Obama and the Democrats. You know, Google is the number one search engine in the world. You can talk about how Twitter is doing things with its feeds and its bots and others ways to stymie conservative speech, but you go look at what Google was doing in their search engine promoting Obama, promoting Hillary, ripping Trump to shreds. If you searched Hillary — just as an example —

RUSH: — on Google, you would get a list of some of the most glowing, wonderful, oh-my-God-she’s-like-a-goddess stories. You search Trump and every one of those stories is about what a reprobate he is, what a near rapist he might have been, how he abused women, how he’s dumb and stupid. In spite of all of this and what Twitter has been, Trump still won. This is why so many of them are beside themselves in the swamp. They had every advantage known to exist, and every one of those advantages was deployed.

Every bit of power that they had was deployed and arrayed against Donald Trump, and he still won. Google practically had an office in the West Wing. Google had people conspiring with Obama on analytics as part of campaigns. Google… I mean, Eric Schmidt? Take a look at the number of times Eric Schmidt, the CEO of Google, had visits in the Oval Office. Obama and Silicon Valley — Obama and the tech leadership — were inseparable, and most of it was due to ideological similarities. I tried to explain this yesterday.

I had a story that Jonah Goldberg at National Review couldn’t understand why the American left is so exercised about net neutrality, because what he knows is that getting rid of Obama’s net neutrality rules is gonna result in cheaper internet service for a lot of people. He couldn’t understand why these people are threatening the life of the chairman of the FCC. He said he can understand it if they’re threatening the life of the FDA guy who won’t let a cancer cure out, but the FCC? So I tried to explain: To the left, the internet is the primary means of controlling everything! They want to regulate it and own it. It is theirs. 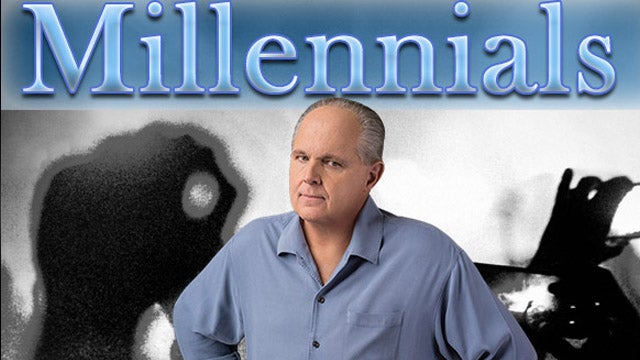 These kids, these young Millennials, you’ve heard the numbers, 70% of them are socialists. Seventy percent of 18 to 34 age-group are socialists. The vast majority of them love Bernie Sanders. They don’t even know what socialism really is. To them, socialists means social justice, fairness, equality. They’re so ill-educated, they don’t know that socialism leads to communism, which leads to walls and murder.

They don’t know about the numbers of deaths in the Soviet Union and China and in Cuba. They don’t know that. That’s not what they’re taught about socialism and communism. They want their people. They’ve also been told how evil corporations are. Folks, I read these people. Do not doubt me. They hate anybody that charges them money to go on the internet. Comcast is the number one most hated corporation in the country to this group. AT&T is second. No, Verizon’s second, AT&T third, lump every other internet service provider in there.

They despise ’em because they charge them money. They also despise them because they’ve been raised being taught about the evils of corporations. What do you think their college professors are telling them about these corporations? You look at the Democrat Party enemies list, and it is whole industries. It’s the pharmaceutical industry. It’s big box retail. It’s the telecommunications industry. It’s Big Oil, Big Tobacco. They are hated!

And these kids have been educated and raised to properly hate these things, thinking they’re out to harm customers, rip their customers off, in some cases kill their customers. And so it was great when Obama had control of the internet because Obama was what? He was fair, and Obama was gonna make sure that those renegade conservatives didn’t have as much access, because that’s what it meant to them.

But it’s really at its simplest, it’s nothing more than a bunch of people who want the government in charge of everything because that is where their enemies get punished. And to these people, having their enemies punished is nirvana. And Obama with net neutrality was expressly set up to punish their enemies, whoever they are: conservative websites, conservative streaming sites, major internet service providers, telecommunications companies, you name it.

For a year I have been reading the most ridiculous rantings, lengthy pieces with these people explaining how the world is gonna come to an end if net neutrality is eliminated. When I say it’s their air and water, I’m not exaggerating. The internet is how they live. It’s how they communicate. It’s how they are employed. It is everything. It’s the focal point, the centerpiece of their lives. And they don’t want their political enemies having anything to say about it.

And they think eliminating net neutrality puts their enemies in charge. And their enemies are gonna harm them, making it too expensive for them to use or making it so that Netflix is able to charge them 10 times what they’re charging now, or whatever horrors they imagine. Because they haven’t been steeped in the workings of free market capitalism. All they’ve had is capitalism taught to them as the end of civilization, the end of fairness, the end of equality, the end of prosperity. 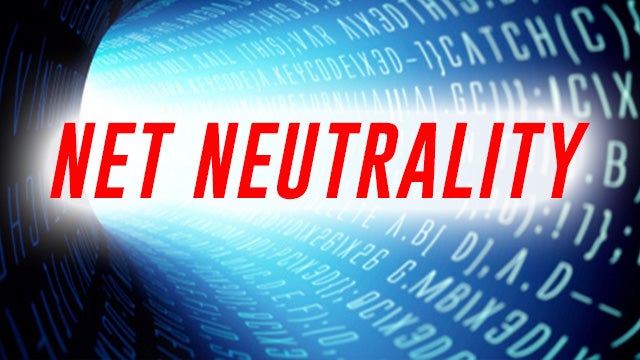 Anyway, we’ll get to the Twitter things. I didn’t mean to shortchange him on his Twitter comments, but O’Keefe, Project Veritas, secret videos revealing all kinds of things that again shouldn’t surprise anybody going on.