RUSH: Now, the other thing that happened today at the White House. Grab sound bites 24 and 25. This was surreal. Set the stage. Yesterday Trump has this meeting with the DACA people. And he tweeted about this. His tweet from this morning at 7 a.m., “The so-called bipartisan DACA deal presented yesterday to myself and a group of Republican Senators and Congressmen was a big step backwards. Wall was not properly funded, Chain & Lottery were made worse and USA would be forced to take large numbers of people from high-crime areas.”

I think what Trump did by asking that one question — forget the word that he used — the media is just hyping that because they think it’s a way to get rid of him, but he refocused this whole immigration debate and he pulled a bunch of rugs out from under the Democrat Party. Go ask any of these media people, “Would you rather live in Haiti or Norway?” Ask ’em. (interruption) What do you mean that’s not the point? 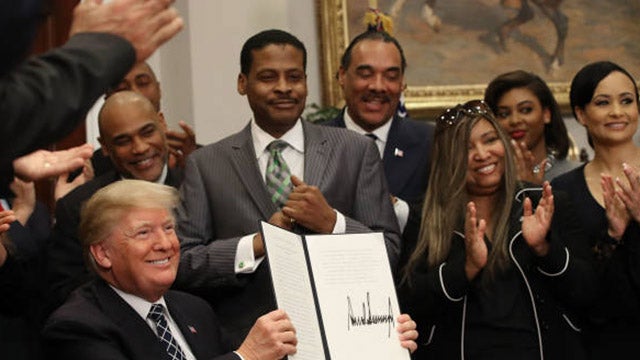 What do you mean, that’s not the point? The point is, where is it written that the United States is required to import people, things, events, policies that are a burden on the American people or are a burden on our economy? Why is it not written that what we import, what we immigrate, what we do ends up improving us and our country and making it better? Is that not also the point, Mr. Limbaugh? Because, you see, from the Democrat perspective, it isn’t. From the Democrat perspective, the point is, we care about the poor, the downtrodden, the thirsty, and we’re the only ones who do because we have compassion, and therefore we care only about those who can’t help themselves.

They need a permanent underclass that’s gonna always vote for them. But Trump asking that question, which is consistent with what he said the day he announced for the presidency in 2015. He said this so-called bipartisan DACA deal presented yesterday to me and a group of Republican senators was a big step backward. The wall was not properly funded.

They thought Trump had that meeting to present an opportunity to come together with them. They made the most wrong, incorrect assumption they could make. And so what did they present? They presented an immigration deal that has been rejected by — well, it’s been rejected by the American people since it was first offered. They submitted what they would do if they were in power because they assumed Trump had been softened up and weakened. And instead Trump looked at it and said, “Why in the world do you want to bring in all these people from blah, blah?” And they were shocked, and they were stunned.

And all Trump was doing was being consistent. He had not softened up, he had not weakened, and he was not looking for a deal with them to escape problems elsewhere. He held firm on it. There’s no reason to prolong chain migration. There’s no reason to do the visa lottery. You know, we’ve gotta do something about the DREAMers, and there’s a way to deal with that, by the way, that makes perfect sense. But it isn’t the Democrat way. 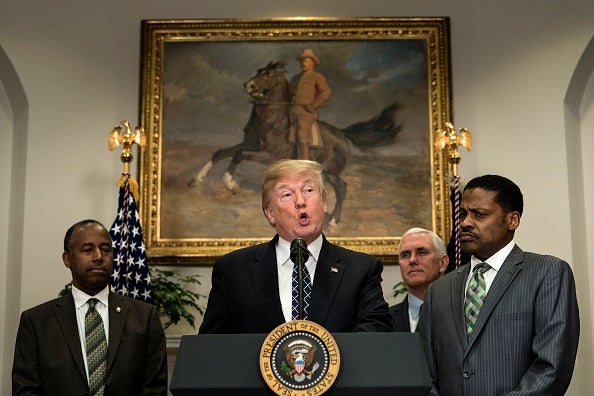 The Democrat way is take ’em however they are. In fact, the worse shape they’re in, the better, because that’s the more need they’re in. So ever since then, there has been this cacophony of mock anger, mock outrage, mock disbelief from the Drive-By Media. They’re not upset by the use of that word. They’re not offended by it. They’re not the slightest bit surprised. It’s not like they’re innocent little snowflakes and don’t talk like that themselves, because they most assuredly do. They’re among the biggest foul mouths on the planet, folks, liberal Democrats. But they have this image that everything they do is morally perfect and superior and nothing is ever said that’s ever offensive to anyone. It’s all a crock. All this is is another opportunity they think they can use to get rid of the guy.

And what was surreal about it was it was the elephant in the room. Here the Drive-Bys have created this, “Oh, my gosh. Can you believe it? It’s unreal. It’s unpresidential.” All of this over the president’s choice of a word. And a ceremony honoring Dr. King, and there’s Ben Carson and members of the King family, and they’re loving Trump, and they’re honored to be there. And you just know the media’s about to flip its wig. This isn’t supposed to happen. And so here’s Trump. We have two sound bites. A portion of his remarks at the proclamation ceremony.

THE PRESIDENT: Dr. King’s faith and his love for humanity led him and so many other heroes to courageously stand up for civil rights of African-Americans. Through his bravery and sacrifice, Dr. King opened the eyes and lifted the conscience of our nation. He stirred the hearts of our people to recognize the dignity written in every human soul.

RUSH: Stop the tape. Stop the tape. Can you imagine the media? “Dignity! You have the guts, you have the gonads to talk about dignity, you reprobate, you pig!” I can just hear it. I can hear the media’s flipping its wig! Trump’s talking about the dignity and conscience of our people and they’re just about to explode. And Trump continues…

THE PRESIDENT: And we celebrate Dr. King for standing up for the self-evident truth Americans hold so dear, that no matter what the color of our skin or the place of our birth, we are all created equal by God. 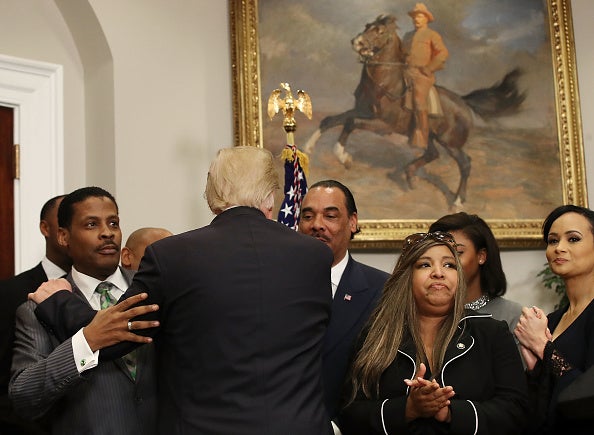 REPORTER: Mr. President, will you give an apology for the statement yesterday?

REPORTER: Mr. President, (unintelligible) are you a racist?

REPORTER: Mr. President, can you respond to these serious questions about the statement, sir?

REPORTER: Mr. President, are you a racist?

RUSH: “Mr. President! Mr. President! Are you a racist, Mr. President? Do you want to apologize for that word, Mr. President? Mr. President!” Meanwhile, Trump and the assembled honorees — black civil rights leaders, Ben Carson, Mike Pence, members of the King family — they’re hugging each other. They are congratulating each other. Trump signs proclamation while the media’s shouting these questions: surreal. It was a giant disconnect, because the media… I guarantee you, the media was thinking that all of those African-Americans in that meeting should have boycotted and shouldn’t even gone out there.

And if they did go out there they should have refused to participate and they should have said, “Trump you’re a racist and you’re a pig and you’re not gonna bring us into your ceremony and give you any kind of credence!” But that didn’t happen. The African-Americans eagerly worked with the president, participated in this proclamation ceremony. The Drive-Bys were forced to point out… I shouldn’t say forced. The Drive-Bys could not wait to point out that all the African-Americans in the room were Republican.