CALLER: Hey, how are you? Happy birthday.

CALLER: You’re the most wonderful man I know aside from my husband, and it is his birthday today, too, so I know you are an excellent, good man. 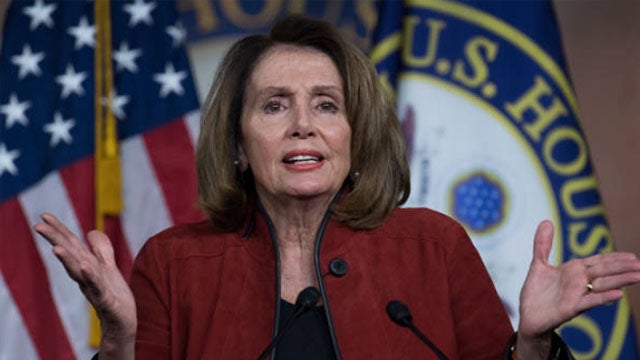 CALLER: Listen, I just wanted to make a point about Nancy Pelosi. Every time I see her, I have a gag reflex. It’s just awful. Her saying “five white men” and then her smirking and shaking — I don’t know what’s wrong with the woman — that’s who ought to be out. And what about Biden with his F-bomb on signing the health bill? Nothing was made a big deal about that. And what about Byrd when he was standing up making a speech and used the N-word? And everybody just laughed it off saying, “Oh, that’s just Bill.”

CALLER: Yeah, I mean, come on.

PELOSI: Stay tuned. Stay tuned. I would say that McCarthy, the four — the five white guys, I call them, you know. (laughing) I said, are they gonna open a hamburger stand next or what? That could have been done four months ago. The very idea that this week they’re saying, “Oh, why don’t we get four white guys and General Kelly to come and do this.”

RUSH: Now, Steny Hoyer, who is her comrade there, very, very upset about this. But you notice this diabolical wheezing laughter? (imitating Pelosi) “The five white guys.” People say, “You know, this is a parking ticket though, compared to what Trump did. You can’t compare what Pelosi said to what Trump said. This is nothing more than a parking ticket.” Yeah. See? That’s exactly right. Well, it’s Pelosi, and she slurs half her words now anyway.