RUSH: “Dem[ocrat]s Search for Winning Playbook.” Yes. Meanwhile, big changes in Jersey. Have you heard about this New Jersey governor? Man, oh, man. I’m gonna save this for when I get into the “Dems Search for Winning Playbook” for 2018. With this new governor in New Jersey, you may want to leave. I know it’s hard to pack up and go, but more people are in all of these northern tiered blue states. The new governor is a close buddy of Bon Jovi. They’re neighbors. They have vacationed together. So check off celebrity requirement. 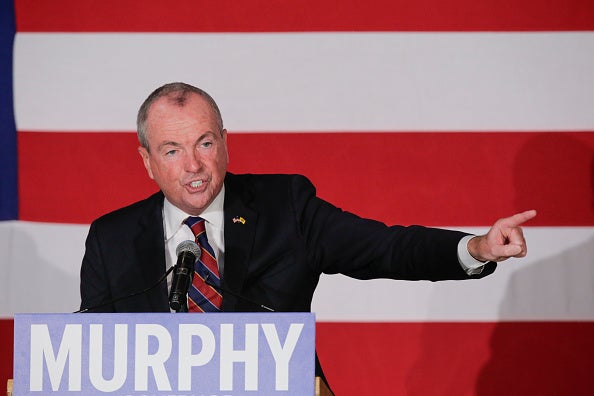 He’s a multimillionaire. He’s never held elected office. He’s got big plans. He hopes to legalize weed. He is going to raise taxes by $1.3 billion, wiping out (chuckling) whatever tax cut you New Jerseyans are getting (chuckling), and he’s gonna make New Jersey a sanctuary state, which means it’s going to be a beacon. It’s gonna be a magnet for illegal immigrants the world over! He’s basically putting up the welcome sign. All of this in the face of the White House immigration policy.

And he points out that former presidents Obama, Clinton — and then Hillary Clinton and Algore — came to the Garden State to campaign for him. Look, I know it’s a blue state. None of this is a surprise to me. And the guy won. I mean, he’s gonna be sworn in. He won running on this. It’s a blue state. But all of these blue states are gonna end up being islands. Have you seen…? There is a story. (interruption) Well, what do you think…? As far as the left is concerned, what is the gold standard for leftist cities on the Left Coast? San Francisco, right? 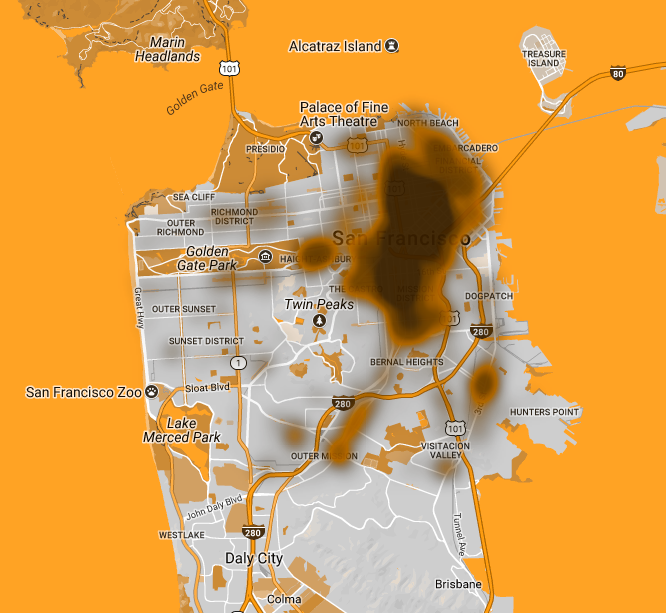 “For those who have maintained that San Francisco is full of … whatever, there is now living proof. How much poop is there on the streets of the City by the Bay? Would you believe there is an online map to track human feces on the city’s streets? There is.” There really is a map that shows where high concentrations of poop are. “[O]ne area of the city reported a 140% rise in feces. … ‘Public urination is so widespread it has damaged subway elevators and escalators, building walls and power poles.'”

They are deteriorating and weakening because of the public urination problem. “Discarded syringes are common sightings. When did the gleaming jewel that was San Francisco become a repository for poop?” Well, back when Mr. Speaker, “Mayor Willie Brown terminated ordinances; city district Attorney Terence Hallinan would not prosecute ‘victimless’ crimes involving drugs and prostitution,” and pooping on the street and peeing on the street were considered victimless crimes. They were victims.

They were figures to be pitied. It was the last thing we’re gonna do is prosecute these people. They’re victims of something, even in San Francisco. This is not even to mention the massive homeless problem. The homeless population of San Francisco is relocated every now and then to get it out of highly trafficked downtown areas. “Despite $9 billion in tourism revenue and $4 billion in tax revenue last year, San Francisco faces a perennial budget deficit in the billions factoring in generous pension costs, the San Francisco Chronicle reported.

“The city, meanwhile, is proposing to spend $5 million on lawyers to defend illegal immigrants against Trump’s push to deport criminals.” So massive piles of poop, so numerous that a map has been created so that you will know how to avoid it. Public piles of poop. I don’t know if they use the poop emoji on the map. Look, it’s a Daily Wire story. I’ll tell you, we’ll post it at RushLimbaugh.com. It’s got the link to the map on it. (interruption) Now you’re sitting there, you’re acting like you don’t believe any of this.

Well, my point is, look at what this guy… San Francisco, the epitome of progressivism — the epitome, the Mecca of cultural progressivism. It’s where all of the Silicon Valley bigwigs live or hang out — and, boy, it is a beautiful city. It’s one of the most beautiful. It’s so frustrating. I can’t go there. Not in peace. (interruption) Well, I mean, used to be. It used to be. Geographically I’m talking about, just geographically. You go up to the top of Nob Hill and look out over the Bay? I mean, it’s just gorgeous. (interruption)

“Why are they pooping on…?” Well, because there’s no penalty for it, because they don’t have homes. Public restrooms are probably not… “Why would they?” Because they have to go, and nobody’s told them they can’t! It’s liberalism! What do you expect? They are felt sorry for. They are victims of something. Therefore, it’s not their fault. Why isn’t…? Pelosi probably doesn’t even know this. Pelosi is probably not even aware. Dianne Feinstein is probably not even aware of this.

I don’t know where Pelosi lives, but DiFi lives in Pacific Heights, and I guarantee you there aren’t any poop piles in Pacific Heights. And if there are, they are gotten rid of within five seconds of a Pacific Heights resident spotting one. But I doubt that there are. Anyway, so this is the Mecca of progressive liberalism, and this new governor of New Jersey is basically hanging out the welcome sign. “Come on in. You hate Trump; you are welcome here.

“You want to break federal immigration law; you are welcome here in New Jersey. Come on in.”