So they have opened up their letters to the editor to nothing but Trump supporters. And they are brilliant, they are insightful, they’re very intelligent. Many of them are claiming to be former Democrats who’ve seen the light, can’t stand the Democrat Party today. Tomorrow, the New York Times is going to run letters reacting to these letters. So tomorrow’s New York Times editorial page will be made up of letters from Trump haters reacting to the Trump supporters whose letters are published today.

So business as usual. Yeah. After one day of showing they can reach across the aisle, tomorrow it’s time to destroy Trump and everybody who supports him. And they won’t have any trouble getting letters from people who hate Trump and now hate these people that wrote their support for Trump.

But we have — and I had this yesterday and I didn’t make time for it. CNN got a visa to travel to Ohio. They got hold of a map expert to show them where it is. And they sent Martin Savidge, who’s worked at CNN for many, many, many moons.

They sent him out to Ohio to find Democrat voters who voted for Trump and to find out if they still like Trump or if they’re mad at Trump, fed up with Trump, ready to abandon Trump. And they found five Democrat voters who voted for Trump, and all five are still happy as they can be, and all five promise to vote for Trump again. And here’s the first sound bite showing you this.

WOMAN: Great. Better than I ever would have dreamt. I mean that sincerely.

SAVIDGE: How big an issue to all of you is immigration?

MAN: And, as far as I’m concerned, they’re stealing jobs of rightful citizens.

RUSH: Now, folks, this is CNN. CNN never airs this. CNN doesn’t have one person employed by them who’s not a stringer analyst who even believes this. This is akin to the New York Times giving their letters to the editor page to Trump supporters. CNN went out there — you know what they’re looking for, they’re looking for Trump voters who are now disillusioned and unhappy. They didn’t find ’em. “And specifically, how big an issue to all of you is immigration?”

“Absolutely. As far as I’m concerned, they’re stealing jobs of rightful citizens.” Now, in CNN’s world these illegal immigrants are big victims. They are victims of an evil America who wants to deport ’em and kick ’em out and separate families. This does not compute.

Here’s the next bite. This question, Martin Savidge says, “Hey, Geno, you said you used to cringe at Trump’s tweets and speech, but not anymore. You don’t cringe anymore because why? You’ve grown numb to it?”

GENO DIFABIO: I’m not numb at all. I know what he’s done. I’m starting to get an inkling why he uses Twitter in the way he does. Because if all he had to rely on was what people say about him, oh, my God, I might not like the guy. But I love the guy. I love the job he’s doing.

JUSTIS HARRISON: He was just the nicest person. And honestly, if he was a racist as everyone paints him out to be, he could have just walked right past me and not even said a word.

MARTIN SAVIDGE: Do you think the media gives the president a fair shake?

JUSTIS HARRISON:: I don’t so think at all.

ANNA PARA: No. He’s like tenacious sometimes and says stuff off the cuff like we do, like real Americans do. You know, we’re not perfect. I’m tired of suave. I’m tired of polished. I’m tired of the teleprompter. You know, I am. I want my country back. 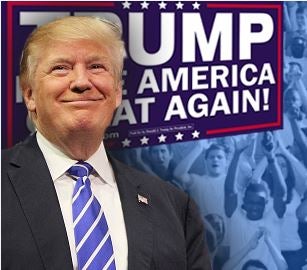 RUSH: “I’m tired of Obama.” “I’m tired of the suave, the polished, the teleprompter.” If that teleprompter ever blew up, Obama was lost. That’s another good observation. So, anyway, here’s another bite where, folks, I cannot emphasize this enough. CNN just doesn’t have this kind of stuff on the air. The New York Times doesn’t have the things that those letter writers published today, that stuff’s never in the New York Times.

I mean, somebody who likes Trump’s tweets and understands now why he does it because it’s the only way Trump can get his message out? And this guy figured that out on his own, because all he watches is an unfair, biased, distorted, despicable media. And yet CNN thinks that everybody hates Trump tweeting and they’re embarrassed by it. And so does the Democrat Party. That’s why they think they’re gonna win. They think they’re gonna win because they don’t really think people like this exist. Final sound bite. Martin Savidge of CNN summing it all up.

SAVIDGE: At the end of our interview, I wanted to find out if there was any buyer’s remorse on the part of any of those voters I was talking to so I asked them, I said, “If you could do it over, would you vote the same way?” Every one of them said they would, and on top of that, they said, they will. And I asked, “What does that mean?” And they said they’re all gonna vote again in 2020 for Donald Trump.

RUSH: CNN. That aired yesterday, maybe the night before.