RUSH: I’m holding here in my formerly nicotine-stained fingers from a website called the New Atlas. I got it off Drudge. “Is the Sandwich a Climate Change Culprit? — Scientists at the University of Manchester have found a surprising global warming culprit: Sandwiches. In the first study of its kind…” In the first study of its kind! Remember, somebody decided they wanted to study the effect of sandwiches on climate change. That means that somebody got a grant from some idiot government to do it.

So “[i]n the first study of its kind, the researchers carried out an in-depth audit of various sandwiches throughout their life cycles and found the triangular [sic] meals could be responsible for the equivalent annual carbon emissions of 8.6 million cars in Britain alone.” Let me translate this for you. Researchers, scientists at the University of Manchester have discovered that sandwiches in the U.K. could be responsible for as much automobile pollution as 8.6 million cars. 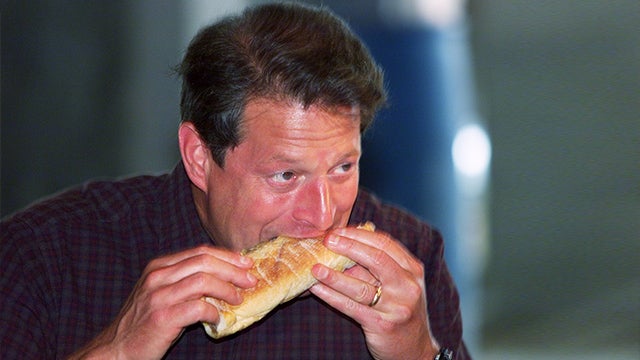 Now, this is insane. This is genuine insanity, to compare the sandwich and the life cycle of a sandwich. Now, what this means is, “Okay, bread has to be made. What else is in it? Lettuce, ham, turkey, cheese.” They examine how all of the ingredients in a series of sandwiches came to exist, went to market. They ran the numbers, and they found out… This is equivalent to blaming McDonald’s for climate change because they need cattle for beef, and cattle fart methane, which destroys the climate.

What they’re doing here is simply transferring that kind of lunatic thinking to the creation of sandwiches, and now they come up with this glittering stat that sandwiches have “a large carbon footprint.” I tell you, my little tech bloggers are gonna eat it up. They’re gonna buy it. They’re gonna think it’s true. “In 1762 … the fourth Earl of Sandwich rocked the culinary world when he couldn’t be bothered to leave the gambling table to eat and ordered the servants to just stick some meat between two slices of bread for him.

“Since then, the modern sandwich has become one of the most popular of food formats.” It’s a “food format” and this Earl of Sandwich guy is now being blamed all the way back in 1762, ’cause the guy was a lazy gambler and refused to leave the table to eat! His slave servants had to bring him stuff that became sandwiches, which now cause climate change. You think they’re not losing their minds? They’re losing their minds on the other side, folks, and we’re watching it happen to ’em, with a smile on our face.