RUSH: To the phones to Walton Hills, Ohio. Jim, it’s great to have you. How are you doing? 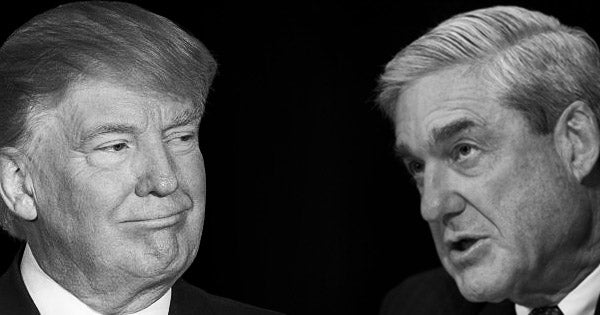 CALLER: You know, I was reading this morning on my Kindle the Fox News reports, and they were saying that, you know, the president has agreed to testify with the Mueller investigation. I’m just wondering if you think that’s a really good idea?

RUSH: I do not think it’s a good idea. I think it’s fraught with peril. It’s unnecessary, and it’s… Look, Trump does too much improvisation, and you start going off on tangents with these people… There’s two ways to do it. You can do it before the grand jury, which I don’t think is on tap here, or you do it with an interview with the independent counsel and whoever from his team is in there and you get to bring your lawyer. And that’s where Trump can start… You know, one question he can spend 30 minutes answering it.

RUSH: I just think it’s fraught with too much peril. But Trump wants to do it because he’s got nothing to hide. He didn’t do anything wrong. There’s no collusion, there’s no obstruction, and he’s looking at this as a way to finally be done with this.

CALLER: I just can’t help feeling they’re baiting him for a trap of some kind of, doublespeak or say something that would cause him to be perjured, you know what I mean? It doesn’t make sense.

RUSH: Absolutely! You know, even in an interview setting like this where the interviewee is not under oath, they could still charge you with lying to them.

RUSH: And that’s all it would take! That’s what Mueller is looking for is, you know, what are called process crimes. You know, his lawyers, you would have to think, know what’s going on here. But I just think it’s fraught with too many things that can go wrong. No matter how good you are, no matter how disciplined you are, no matter how confident you are, no matter how innocent you are! None of that matters once you subject yourself to these people’s questions, and I just don’t think it’s necessary. But I think Trump believes that he can swat this away in one interview, that he can outsmart Mueller or just dazzle everybody with his total innocence and convince ’em there’s nothing to pursue here.