Of Course Trump Wanted to Fire Mueller — But He Didn’t!

“What the hell? Why do you sit there and let somebody that you can fire have open season on you, particularly when you haven’t done anything.” Let’s go back. Grab audio sound bite No. 1. This is me on this program. This is last June, June 13, 2017. This was going around. This has been news for I don’t know how long. There was speculation going on back last June. We’re coming up, what, eight months ago, seven months ago that Trump wanted to fire Mueller, was thinking about firing Mueller, and this is what I, El Rushbo, had to say about it. 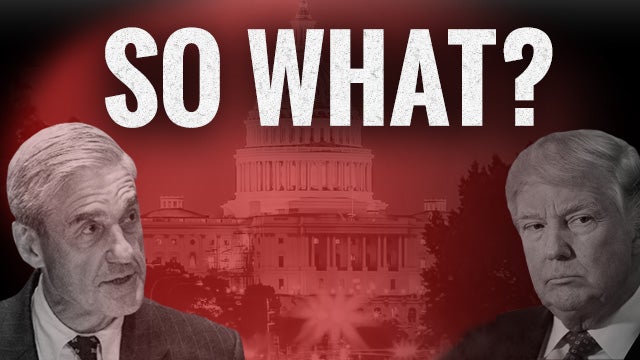 Are we gonna invoke the 25th Amendment on a guy because of what he wanted to do?

Are we gonna take what he wanted to do and say it’s a sign of instability and being unable to carry out/discharge the duties of the gig? And, meanwhile, as I say, over here (laughing) we’ve got daily more and more evidence produced of genuine collusion, which Mueller seems to have abandoned on the Trump side. We had genuine collusion between Hillary and the Democrats and the FBI. I mean, the continuing release of texts between Strzok and Lisa Page.

The latest is that they were planning on going easy on Hillary during the email investigation! They were gonna go easy to Hillary because they thought she was gonna be elected president, and they didn’t want her knowing that they and others at the FBI may have been targeting her for investigations and worse. So they were scared to death. They were thinking, “Yeah, we better… We better ride herd on this one,” and they called their boss, some guy named Bill, and let him in on their thinking. And their business at the FBI, according to Strzok, agreed with ’em.

The fix was in on Hillary anyway. We’ve learned that from these texts that have been released. We’ve learned the fix was in, that they were never gonna indict Hillary because they were protecting Obama! Any pursuit of Hillary would naturally require Obama to be forced to answer questions because the two of them were exchanging emails via her unclassified server, and he knew it. He lied. He said he didn’t know anything about this ’til he saw it in the news.