If Democrats Are on a Roll, Why Is Liberalism Breaking Records for Low Ratings?

Wherever liberalism is featured and promoted in pop culture, it seems to be in trouble. The National Football League has tied MSNBC for brand controversy. The NFL! The NFL doesn’t want to be on the top 10 list of most controversial brands, but there they are at number six with MSNBC. 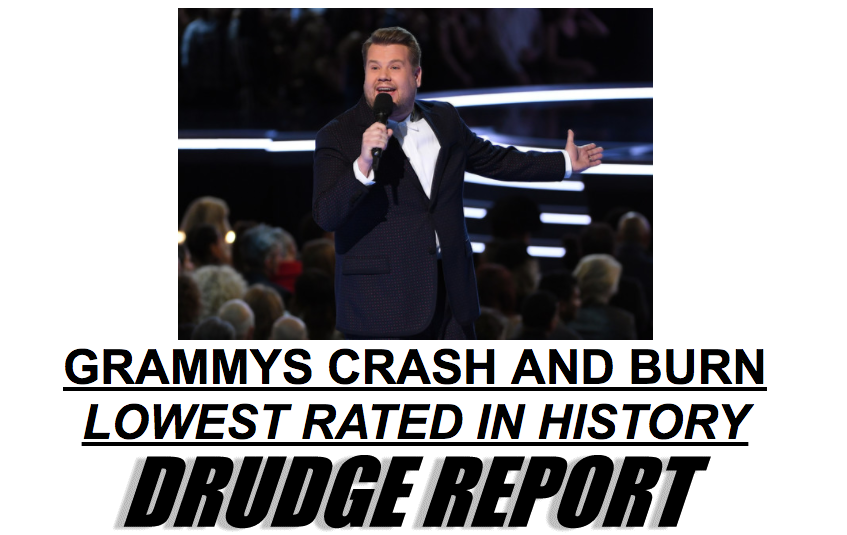 So I’m just a little confused. I hear all this talk about how the Republicans are blowing it, Trump’s blowing it, it’s over, on one hand. On the other hand, the economy is going great guns. FedEx is the latest to join the economy parade with massive bonuses and wage increases and also additions to the benefits package. And companies like that just continue to add on. More and more are joining in this parade following the Trump, slash, Republican tax cuts.

And then we hear that Trump’s losing it, that Trump doesn’t have a future, that the Republicans are blowing it, everybody hates them. And then wherever you find liberalism on display it’s losing audience. The Grammys last night were the lowest rated Grammys I think — yes — in history. And they had every liberal wet dream on that show. They had Jay-Z, who didn’t get an award. By the way, how can that be? Jay-Z shut out. I wonder what that was like with Beyonce when they got home, if they went home. Hell, with that crowd you never know where they go after these things.

And Hillary Clinton showing up in a cameo reading from that stupid, lying book by Michael Wolff, and the audience practically gives her a standing ovation. This is a woman who had single-handedly enabled sexual harassment and sexual abuse in high-ranking liberal Democrat men starting with her husband. And here she is getting a standing ovation from people who run and lead the #MeToo movement, which is what? Trying to say you’re against all kinds of sexual harassment and abuse. You even gotta wear white roses now to join with all the different colored ribbons.

I remain confused over this, because if the Democrats were on a roll, I mean, if everybody was chomping at the bit for Chuck You Schumer and Nancy Pelosi to be back in power, then why is it that ESPN, the moment it starts infusing liberalism into its programming, why is it the NFL, which does the same, and here comes the Grammys and before that the Oscars, and then the Emmys, all of these entities that are promoting liberalism, left-wing politics, audiences are crumbling.

But that’s the only place there is any evidence. And that’s not evidence. Polling data isn’t evidence of a Democrat wave. But that’s all there is to suggest there’s gonna be one. Meanwhile, on the ground in Realville, the Democrats aren’t doing anything to inspire anybody! They can’t even inspire their own side. And liberalism, one more time, front and center, prime time television, prime time sports, audiences are being driven away.