Meet the Depressed on the Deep State and Me

RUSH: You know, I may as well get to the Stack here on how I was used over the weekend. It’s a source of pride, I know, for all of you in this audience to know that your host is used as a sounding board and a springboard. We will start here with F. Chuck Todd Sunday morning on Meet the Press. His guest is the former defense secretary under Obama and George W. Bush, Robert Gates.

TODD: When you hear the words deep state, does it exist? I mean, there is this sense that there’s this cabal of bureaucrats that have been there forever, unelected people. I guess you’re right. I mean, people would say you’ve been unelected, so you must be the chief.

GATES: As the director and deputy director of CIA, let’s just say I was exposed to more than a few conspiracy theories over the years. The idea that you could have some kind of a cabal to organize or control the government in some way and have it not leak or somebody go sell the story to a magazine or to a book publisher just doesn’t comport with reality. 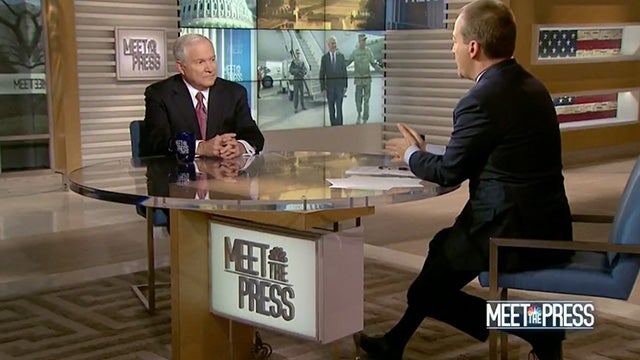 RUSH: Well, that, Mr. Todd, is a misstatement of what the deep state is. The deep state is not a conspiracy. It’s just a group of like-minded people who didn’t get their way in the election and are doing what they can utilizing the power they have to fix it. I don’t think you can deny there’s a deep state.

But if you’re gonna start talking about it in conspiratorial terms — I never speak of the deep state as this giant, grand conspiracy with meetings or any of that, with some grand pooh-bah pulling the strings of everybody, but I happen to know that there are career leftists in every branch and in every cabinet-level agency that have been there a number of years put there by Clinton, put there by Obama. And their purpose is to advance their agenda. They are unelected, and part of advancing their agenda is thwarting Republican presidents’ agenda when they’re elected.

I didn’t even coin the term deep state. Chris Wallace asked me one year ago, he starts asking about deep state. I said, “Look, I first saw the term used by Glenn Greenwald, who was a socialist, leftist journalist writing about it at his website called The Intercept. And he described the deep state as a network of not just intelligence people, but of, you know, others in various cabinet level positions.

To say that these people don’t exist and don’t have power, I mean, look at the regulations that are routinely written and implemented on the American people by people who are not elected. This is undeniable. So, anyway, there’s Gates’ reaction to it, as deputy director, director CIA, “I was exposed to more than a few conspiracy theories.” F. Chuck Todd then continued.

TODD: But it really does seem to be seeping into the mainstream. This was Rush Limbaugh this week. Listen to this. 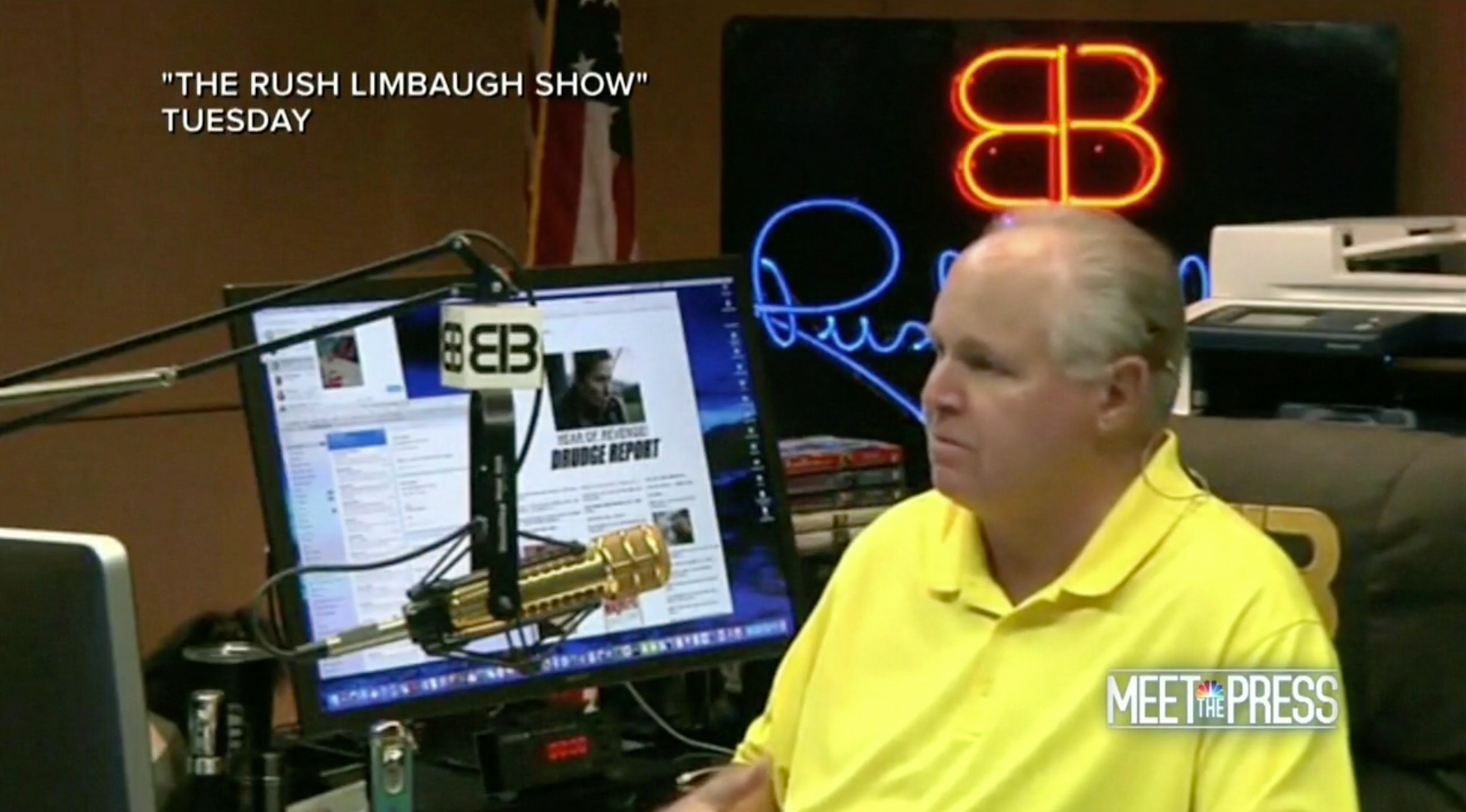 RUSH ARCHIVE: What if the, quote, unquote, intelligence community misrepresented on purpose the degree to which Hussein had WMDs? ‘Cause I’ll tell you, it was a very, very embarrassing moment.

TODD: So if I get this right, the conspiracy now, it’s not just to upend President Trump, but it goes all the way back to WMDs. Rush Limbaugh has a lot of influence over a lot of conservatives who are both elected or activists.

GATES: Well, the reality is, the intelligence folks do get it wrong sometimes. And they did get it wrong with weapons of mass destruction in Iraq.

RUSH: The only thing I did — and, look, I understand why F. Chuck is using it this way. It’s too juicy not to use. But what are we looking at here? We’re looking at total BS in this charge that Trump colluded with Russia, and who’s the source? Intelligence people! Deep sources from the intelligence community. And they’re telling us that Trump and Russia colluded, except they don’t have any evidence.

The same people who assured us there were weapons of mass destruction. And there weren’t! And it wasn’t just the U.S. It was the U.K. It was a number of our allies. It just happened to be another Republican president who was profoundly embarrassed by this. And you couple that with Chuck Schumer saying to Trump, “You better be careful, if you anger these intelligence guys, they can really make life hell for you.” What does that mean? It was just a sudden thought that occurred to me. So that’s two big misses here inside of, what, 12 years, 15 years.