The New York Times Exposes the Fakery of Twitter

It is a very, very long story. I would recommend that you read this story on your computer so that you can benefit and experience the amazing graphics that they use to illustrate the point. The point of the story is that you, anybody, can buy followers on Twitter and Facebook. You can buy retweets. In other words, you can buy fake human beings and have them reported as following you. The names of people who have done this are listed in the story. They run from actors, to athletes, to pundits, to journalists.

These are bots. You know, I’ve found a lot of people — when I say a Twitter bot or a Facebook bot — say, “What is that?” Well, the easiest way to explain it is it’s just an automatic script. It’s just a little piece of code that is triggered by anything the creator wants it to be triggered by. It’s called a robot or a bot because there’s no real person behind it. It’s a fake. It’s made to look like an actual human being with a Twitter account but no human being exists. 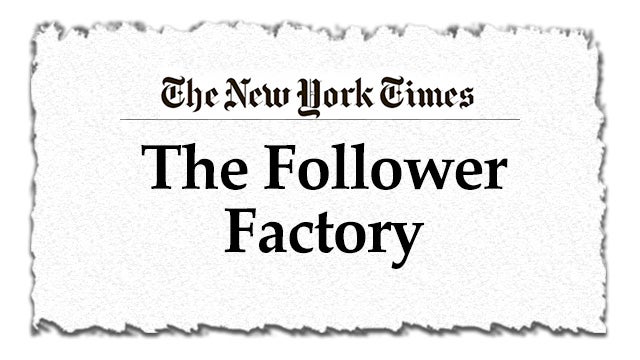 It’s totally fake, made up. Some of these bots are actually based on real people whose identities are stolen and modified ever so slightly so that you wouldn’t notice it to the naked eye. And others are just manufactured out of whole cloth. There’s an actor mentioned here in this story that has 975,000 followers with the vast majority of them unreal. They have been purchased. The number one company selling these bots is right here in West Palm Beach, above Rocco’s Tacos on Clematis Street!

Not to be confused with the Rocco’s Tacos on PGA Boulevard. The Rocco’s Tacos on Clematis Street is where this little guy’s office is. He’s 27 years old. He makes people think that his office is in Manhattan. It’s exceedingly cheap. You can buy 100,000 followers for 10 bucks. The guy has earned six to $7 million selling fake followers. My friends, what this means is that very little is real on Twitter, ditto Facebook when you can buy followers.

Ray Lewis, future Hall of Fame linebacker for the Baltimore Ravens is listed as one who has purchased followers. Now, some of these people are gonna say, “I — I didn’t know! My agent must have done that.” But the bottom line is, you can create bots to do anything. The reason I know this is true is because — as I have shared with you on countless occasions — we have run up against this procedure, this technique trying to damage our business here. And we have found out in our investigational research, it is exactly what happened.

In our case it was 10 people who were flooding our advertisers with massive amounts of emails made to look like it was coming from tens of thousands of people, and it was 10 people creating fake Twitter users, fake customers, fake everything. So it’s one thing to create bots to bombard your enemies. It’s another thing for you to knowingly go out and purchase followers. So what it means is that when you’re on Twitter and you’re looking at somebody that is somewhat known, not the well-known at all, a YouTube star that has millions of followers, the likelihood it is it is nowhere near true.

But look at the influence that it has had. This is why followers are purchased. Look at how often the Drive-By Media quotes Twitter in every story they do. How many times have you heard in reaction to a story “Twitter is melting down”? And you are being led to believe that a story happens, whatever it is, and on Twitter there is this massive reaction to it, either positive or negative — and then you are further led to believe that that story is huge and that millions of Americans have an opinion on it.

And the likelihood is that very little of that is even true. Now, you might be asking, “Why would the New York Times be doing this?” It’s very clear to me. The New York Times had to weigh a couple of things here. On the one hand, these bots can be used to really damage your enemies — business enemies, business opponents, political opponents, political enemies, personal enemies — because you can create fake bots, and you can make it look like a person is literally despised and hated when that person isn’t.

And you can turn it around. You can make it look like a person is universally loved and adored and renowned by gazillions, and that isn’t true. It’s a way to earn fake popularity. Everything is fake on this social media. Not everything. So much of what social media is is fake. So much of it is unearned. So much of it is the result of shortcuts. I’m certain the New York Times did this because they’re fed up with Twitter having more influence than they do. “The New York Times is the paper of record!

“The New York Times is the media of record. Who the hell, what the hell is this Twitter business?” they have probably been saying themselves. I mean, it is a long story. It has many different writers and reporters on it. The evidence is pretty clear. As I say, if I didn’t have firsthand knowledge of this, then I would be highly suspicious of the reporting, of the agenda, the whole narrative. But since I know that this stuff happens. Now, by the way, I have to tell you, I did not know — and I’m happy admitting this.

It makes me sound like I’m a bit naive. I did not know you could buy followers. I didn’t know that. But a lot of people have found out you can buy followers. Do you realize the power of that, folks? Let’s say you’re a B actor or a B pundit, you’re a YouTube star. In reality, you don’t have millions of people watching. Ridiculous! Streaming hasn’t grown that much yet. But yet there’s all these “YouTube stars.” Can I give you some evidence of this? There was some YouTube guy. I forget his name. 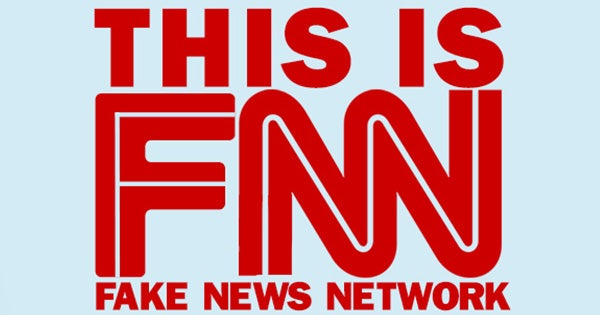 I don’t mean this to be critical of the YouTube guy. Please do not misunderstand. But some YouTube guy was creating very clever videos. I don’t even know what the genre was. His first name was Casey. So CNN thought this guy had this massive Millennial audience. And they signed this guy up to start producing videos for them. And they got zilch. The guy finally had to admit that he didn’t know how to do what CNN wanted. He didn’t know how to… So… Well, what the real problem was, the guy didn’t have anywhere near the number of followers and audience that it was made to appear that he did.

See, when did you live by the fake sword, you die by it. When you want fame but it isn’t real, it’s gonna come back and bite you. When you want wealth but that isn’t real — you’ve stolen it, you’ve cheated it, you haven’t earned it — that’s gonna come back and bite you. You want popularity. And everybody on social media does. And this is just one side of social media that’s bad. The other side is just the absolute sewer that it is with the cultural-destroying language and behavior that is used on these social networks, the discourse and all of that.

And then the third element of this is all the lying about what great lives people have and how exciting their lives are. And people read this and think their lives are miserable and they get depressed. I mean, this is… It’s bad all the way around, and now adding this buying followers to it. So how many people have now comfortably gotten a false, totally incorrect opinion of the popularity of certain issues, of the popularity of certain people, when you can go buy it all? And I’m telling you, it’s cheap.

You can buy 100,000 followers for 20 bucks, folks. All you have to do is know where to go do it. Some of these bots are actual real people who do not realize they’re being used. Their e-mail address is changed with one letter. A capital I might become a small I so that nobody would notice it. The user photo might be compressed a little bit so that it looks slight different color but not enough so you wouldn’t notice it without a side-by-side comparison. They make up people and they take actual people and steal their identities, ’cause you have to have some legitimate feel of the follower scam to work.

RUSH: This Twitter debauchery is even worse. You can kill a stock. You can drive a company’s stock down or the other way with some of these fake bots, the followers and so forth. I’ll tell you what. James O’Keefe, folks, his latest book involving his expose on the political nature Twitter and how they literally ban conservative thought is called American Pravda. It’s been outs a couple of weeks. If you read books, and if you want to learn — at least get a primer on what Twitter really is and how it operates — James O’Keefe, American Pravda.