Backlash Against the #MeToo Movement?

RUSH: So the backlash against #MeToo. Kyle Smith: “Men are scared, and feminists are delighted. But the urge to call out and punish male sexual transgression is bound to clash with an inescapable truth: We’re all in this together, men and women.” And with a few exceptions like Hillary Clinton, men and women generally like each other, and men and women are for the most part intrigued by each other. And men and women like to explore each other.

And yet here comes liberalism once again with the #MeToo movement, and what is happening here — and it’s not new. It’s just now intensifying — men are refusing to do anything alone with a woman, exactly the way Mike Pence said he conducts his public life. Remember how he was mocked and laughed at? Male executives are refusing to have lunch with female subordinate executives. They’re refusing to travel. They are refusing to put themselves anywhere even near a scenario where they could be tempted or be lied about, either way. 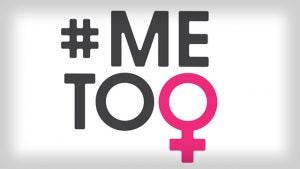 And so the predictable reaction, “These men are denying women business opportunities, promotional opportunities. These men are segregating themselves and preventing once again women from having access to the glass ceiling.” And that is the backlash. And you can’t blame a single guy for it.

RUSH: We got Robert in Quincy, Illinois, up first.  Great to have you, sir.  Hello.

CALLER:  Hi, Rush.  She’s insane, but she’s not stupid.  I listened last night to the speech, and as painful as it was, she mentioned very specifically not Comey this time as why she lost, the Russians didn’t come up conveniently, but it was misogyny.  So I agree, she is trying to slowly… If you can keep these women away from men… I mean, look at the ugly, unattractive women at the Javits Center on 2016 on election night, that’s their key.  That’s their key. That’s like —

CALLER:  Yeah, election night party. Having watched the reruns, I tried to take some pleasure in laughable people, but they’re hard to look at.  I’m not kidding, Rush.  The women at that party weren’t as attractive as the women you’d see at a Trump rally — of which I attended two — or the party at the Trump hotel.

RUSH:  Maybe so, but you think that matters?

CALLER:  Well, I think the point is that if you can keep a woman single, stay away from men, men are bad — whether it’s the #MeToo Hollywood people or Hillary telling you that — you’ve got a better chance of keeping them as a liberal voter.  Once they find a guy and realize that all this crap isn’t true and they’re having more fun now with the guy —

RUSH:  Now, that — that — is right on the money.  I mean, single and unmarried women are the largest demographic in the Democrat Party that is reliably a Democrat vote, for the very reason that you mentioned.  They have been conditioned to believe that men are… They’re worse than worthless.  They are a detriment. Men are punishing, they are brutes, they will do more than hold you back.  So women alone — with the daily fear that they’re gonna grow up and become bag ladies — is what glues them to the Democrat Party, because that’s the only hope they have of that not happening to them.  Right?  That’s your point?

CALLER:  Yeah, that is my point, Rush, and if you watch election night when the returns started, they say something about, you know, the college-educated suburban housewives.  It’s like, “Oops! They voted far more Republican even for crazy Trump than anybody would have guessed.”  They want to keep the women separate, you know? I mean, be a lesbian if you want, but whatever you do, don’t be with a guy, because that’s how you’re gonna lose your liberal voting bloc.

RUSH:  Now, for those of you in the audience — and Robert, thank you for the call.  For those of you in the audience who are young and you’ve not been here throughout the entire life span of the program, you may not know that that was one of the original premises of the modern era of feminism, which can be traced back to 1968 to 1970.  And if you weren’t alive then, you may not know that one of the primarily motivating, energizing aspects of feminism was, “You don’t need a man, and you shouldn’t want a man, and your life is not defined by your relationship.”

And you are only going to be held back by “the patriarchy” if you subscribe to it.  So women were encouraged to forge through life without men, and certainly outside of relationships, because that was the way you stayed insulated from male power and male domination.  You just don’t have any men in your life, or as few as possible.  And back then, it was new and exciting and a whole lot of women bought into it.  It got so bad that one of the most famous feminist college professors and authors by the name of Catharine MacKinnon — she was either Michigan or Michigan State.

She wrote a book on this subject that all sex is rape, including the sex in marriage.  And she was teaching courses on this premise.  And women are signing up for it and signing on to it.  And here comes Hillary Clinton, and I have no doubt… You know, he watched her speech last night, and she blamed misogyny for her defeat.  She blamed men, knuckle-headed, chauvinist… You know, whatever is wrong with men today in the current climate of left liberalism and feminism, whatever.

What’s wrong with men differs from era to era.  Well, whatever is wrong with men today, Hillary is zoning in on it and blaming men for being closed-minded, intolerant, unwilling to have a female president. “Because there’s no way… There no way a woman is gonna be more powerful than me,” says your average lug-head guy.  She is corralling a base — trying to corral a base — of college-aged women who have minds that are very flexible and easily (shall we say) influenced.

And she’s creating an army here for whatever political purpose she has, and it’s rooted in the fact that men are the enemy. “Men are your enemy. Men are my enemy. Men are the enemy.” And this Weinstein stuff and all the sexual harassment stuff, it’s made to order for that. It’s made to order.  It’s prima facie evidence that Hillary and the rest of these babes can cite.  But he’s exactly right.  Keep women away from men, and the odds are they’re gonna be voting Democrat as long as there are no men in their lives.

RUSH: On this Kyle Smith piece in the New York Post, “A Male Backlash Against #MeToo is Brewing,” there’s something else interesting happening. And that is while companies are identifying and firing perverts and sexual harassers, companies who can’t find any bad behavior to punish, in other words they can’t find any bad guys, are still looking around for edge cases to fire. Even though there is nobody to legitimately fire, they’re looking for edge cases to make it look like they are firing people.

So men are losing, in some cases, their jobs undeservedly simply because the companies involved feel compelled to show that they’re taking action. And when something like this happens, men are further alienated, being fired or let go, reassigned, whatever. Even though no misbehavior occurred.

But the real backlash is men are simply saying, “You know what, if this is going on, the only thing I can do is I have to segregate myself from women, including the women who work in my office, women subordinates. I’m not meeting with ’em. I’m not meeting with ’em, unless there’s a whole lot of people in the room and I’m not boarding the corporate plane with ’em. I’m not boarding a private plane or commercial airline. I’m not gonna have dinner, lunch anywhere, nothing.”

And, of course, women, “It’s not all women! You can’t blame me for what all these women are doing. Besides, you’re holding me back. You’re denying me an opportunity to advance.” And the men are saying, “You can’t have it both ways. You can’t want me to be a sitting duck target and have you advance that way or trying to tell me that you’re not ever going to accuse me. I can’t take the chance.”

Because men are in the crosshairs. Feminist attorneys like Gloria Allred. You know, this is all part of the pendulum always swinging way too far to either extreme before it settles down and we’re into a backlash area now that makes perfect emotional and common sense. 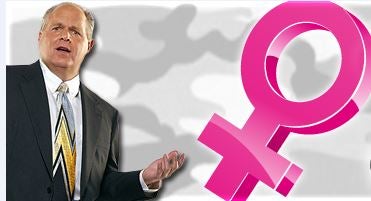 CALLER:  Yeah, quick point.  Quick question.  These women in the #MeToo movement, they’re only damaging themselves.  That’s all they’re doing.  Companies are just gonna find reasons not to hire ’em.  They’re just gonna… All they’re really gonna do over here is just trash your applications or resumes when they get them in, just try and short-circuit any problems.  That’s all they’re gonna do.

CALLER: I mean, if I was a boss in company whatever doing the hiring and stuff, I’d find all kinds of reasons and whatever stuff to try not hire them.

RUSH:  Well, that’s hard to do these days. I mean, not hiring them, you’re opening yourself up for all kinds of trouble.

CALLER:  Oh, I know there are laws against it, they could easily say they’re not qualified or they’re overqualified or —

RUSH: Believe me, folks.  It’s the exact opposite.  The unqualified gets preference based on gender.  The less qualified.  The less qualified.  No, that’s… I don’t think that’s gonna happen, but women are gonna be hired and left out of male-dominated, oriented executive suites.  It’s not gonna be worth the risk.  That’s the real backlash.  That’s already happening.  The not hiring them? That’s gonna open too many doors.