Schiff Caught on Tape Attempting to Collude with Russians!

RUSH: Folks, we’re loaded again today with some really powerful, important and genuinely hilarious stuff, such as Pencil Neck being scammed by a bunch of Russian comedians falling for a routine that they claimed that they had nude photos of Trump that they had given to Putin. And Schiff tried everything he could to track it down, and we’ve got it all on audio. It’s absolutely wonderful.

This stuff has been known for 10 or 12 months. The reason it’s coming out now is because of his stupid little memo. Somebody on our team is really playing good offense here.

RUSH: I want to now turn to Adam Pencil Neck Schiff, the leader of the Democrats on the House Intelligence Committee. They call it “the ranking member.” That’s, you know, Washington code word for the minority leader. The Democrats are the minority in the House, so the Republicans have a couple more seats on the committee than Democrats do. It turns out that about 10 months ago, little Pencil Neck got scammed by a couple of Russian comedians who called his office and claimed that they knew that Vladimir Putin had blackmailable nude photos of Trump. 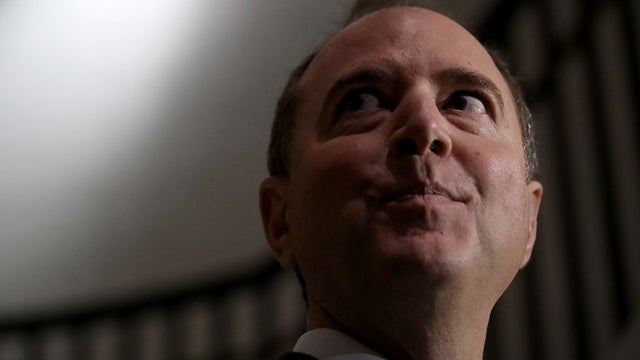 Now, it’s important to realize this news is 10 months old, but you’re probably only hearing about it for the first time now. Because it, of course, never made Drive-Bys back then, 10 months ago, and other things in our news rosters had priority over it. There’s a reason this stuff is surfacing now, and it’s an indication our side is learning how to play the game. A 10-month-old story is brought back to life shortly after little Pencil Neck issues his little stupid 10-page memo responding to Nunes’ memo, where Pencil Neck thinks he’s set Trump up for a giant scam by putting all kinds of stuff in there that Trump’s gonna have to redact, allowing Pencil Neck to accuse Trump of not wanting the American people to see what the Democrats dug up here.

It’s all a scam. It’s all a sham. They’re bringing this back to embarrass or discredit Schiff by showing his zealotry in nailing Trump. So let’s all start. April 10th, 2017. Two Russian comedians known as “Vovan” and “Lexus” called and spoke with Pencil Neck pretending to be the speaker of the Ukrainian Parliament, Andriy Parubiy. They told him he was around Andriy Parubiy. Here’s a portion of the call between Vovan — who is posing as the Ukrainian speaker of the parliament — and Pencil Neck.

VOVAN: Could I explain you where we are?

SCHIFF: Yes, of course. I would just caution that our Russian friends may be listening to the conversation, so I wouldn’t share anything over the phone that you don’t want them to hear.

VOVAN: No, I don’t think that it will impact on our investigation. In November 2013, Mr. Trump visited Moscow. He visited the competition Miss Universe. And there he met with the Russian journalist and celebrity Ksenia Sobchak. She became a famous because Putin is her godfather. 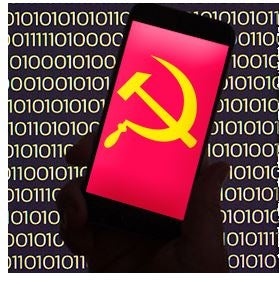 VOVAN: She met with Trump, and she brought him one our Russian girl celebrity, Olga Buzova, who also known as a person with a strange reputation. And she got compromising materials on Trump after their short relations.

RUSH: (laughing) This is great! (laughing) This is good! This is absolutely great! And Schiff is falling for this hook, line, and sinker. And you notice that Schiff thinks that he’s being surveilled. He thinks he’s being wiretapped. “Yes, of course,” and he’s very serious, like an NPR announcer. “I would… Uh, I would just caution that our Russian friends may be listening to the conversation so I would share anything over the phone that you wouldn’t want them to hear.” (laughing) This guy’s got a perfect Russian accent.

So Schiff has just been told that Trump was in Moscow for the Miss Universe Pageant, which he owns, and he met with a Russian journalist and celebrity, Putin’s goddaughter, and that interested Schiff. “She met with Trump, and she brought him one our Russian girl celebrity, Olga Buzova, who also known as a person with a strange reputation.” (laughing) Can you just see Pencil Neck’s tongue licking this all up on the phone? So Schiff next salivates at the prospect of these naked pictures of Trump.

SCHIFF: Okay. And what’s the nature of the compromise?

RUSH: (laughing) Pencil Neck’s buying this! Out of nowhere, the speaker of the Ukrainian parliament calls him and starts telling him this stuff, and Pencil Neck doesn’t track it down for a while. He just accepts it. Now, why would you accept it? Because you believe it, and you think everybody in the world is on your side and hates Trump and wants to embarrass and get rid of him. So next they convince Schiff… (laughing) Get this! They convince Pencil Neck that Mike Flynn met with Russian agents at a cafe in Brighton Beach, Brooklyn, where they were recorded using code words.

SCHIFF: So you have recordings of both Sobchak and Buzova where they are discussing the compromising material on Mr. Trump?

VOVAN: Absolutely, and we also know who was a mediator between Trump and Russian government who met with ex-advisor of Trump, Mr. Flynn. It was Russian singer, very famous singer —

RUSH: The most interesting thing is they used a special password before their meetings. They say it, “The weather is good on Deribasivska.” 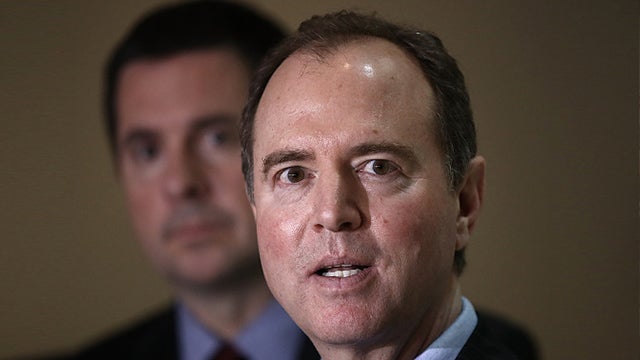 VOVAN: “Weather is good on Deribasivska.” That is the name of a street in Odessa.

SCHIFF: A-and the code word is “Weather is good on ‘Zerabasta’?” (sic)

SCHIFF: Deribasivsk… Okay, and — and I’ll have my staff call up to get spellings and more details on this.

VOVAN: The second part of their password was, “It rains again on Brighton Beach.”

VOVAN: Yes. On that meeting, Ukupnik told Flynn that all those compromising materials will never be released if Trump will cancel all the Russian sanctions. 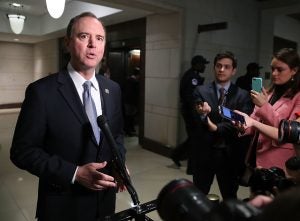 SCHIFF: Okay. Well obviously we would welcome the chance to get copies of those recordings. This was very helpful, I appreciate it. Anything else you wanted to add today?

VOVAN: I also would like to advise you when you or your colleagues will meet Mr. Trump, I advise you to tell him first part of the password, “The weather is good on Deribasivska,” and look how his face will change, the color.

SCHIFF: And so those passwords were used with Mr. Trump?

RUSH: (laughing) Folks, you can see Schiff salivating over this. He really thinks that they’ve got these nude photos of Trump and that Putin told Trump he’s gonna release them if Trump doesn’t cancel the sanctions. It’s exactly what the Democrats want the American people to believe is happening. Passwords. (laughing) “Watch his face change color — Deribasivska and look how his face will change the color. The weather is good in Deribasivska.”

Schiff had trouble. I would have trouble pronouncing it, too, if I only had heard it. All right, so that’s that. Again, it’s from last April. Nobody knew about it, resurfacing now because of Schiff and his little, tiny memo here that he’s using to try to distract away from the Nunes memo.

RUSH: Now, I should tell you, long after these phone calls between Schiff and these two comedians, Schiff’s staff was pestering these people via email for these documents. They wanted documents confirming the nude photos of Trump that Putin had. They wanted the names of these singers, Putin’s goddaughter and so forth. They were following this up. 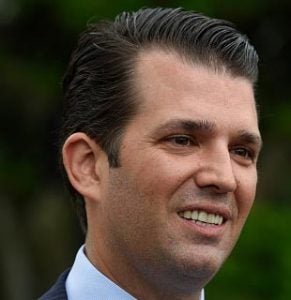 Now, one of the reasons why this, to me, has a bit of relevance, Adam Schiff, like many in the Drive-By Media, have called Donald Trump Jr. a criminal. And some have even used the word treason to Trump Jr. for trying to get dirt on Hillary. Remember when that Russian honey pot called under false premise to get a meeting with Trump and Trump Jr. She wanted Russian adoption, the Magnitsky Act, but they lied and said they had dirt from the Kremlin on Hillary.

So they took the meeting and it went 30 seconds. Jared Kushner bugs out of this thing. The point is that Adam Schiff is trying to say that Donald Trump Jr. is just a horrible, rotten guy. But Schiff was doing the same thing here. Schiff was doing the same thing. Schiff fell for a total prank, and he followed it up. Schiff looking for dirt on Trump. I guess that’s perfectly normal and legitimate. But Donald Trump Jr. being offered dirt on Hillary from the Russians, why, we can’t have that.

But here’s another thing. If Pencil Neck here, if this sanctimonious, arrogant little guy, if this guy is so gullible that he would fall for this, what else has this guy fallen for? What else does this guy believe? You know, he’s the lead investigator on the House intelligence committee, or he’s the Democrat chairman. He’s the leader of the Democrats on the committee. I don’t know if he’s the top ranking investigator himself, but he’s right up there. What else does this guy believe, what else has he been told?