Everyone Now Agrees With Me: Social Media Destroys Kids 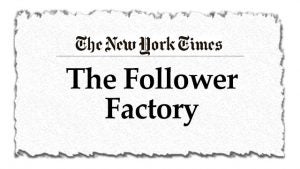 They’re back. They’re back with a another humongous story on the real danger of social media. The real danger! Besides what it’s doing by creating fake news, it is destroying your child’s psychology. Social media is destroying your child’s mental health, and the worst way they’re doing it is that social media is not using words. Graphics and videos — pictures and videos — are now becoming the primary way people are learning things, and the New York Times says — and they’ve got expert backup — this is horrible.

Even Silicon Valley is now beginning to recognize the problem. The creators, the inventors of Facebook and Twitter and all these social media sites are now acknowledging that they have created a bunch of addicts, and they’re primarily using pictures and the “like” button and the “retweet” button and people are becoming addicted. The story starts (summarized), “Put your phone down. Put it down. Leave it there until you get a message or an alert and don’t touch it.” How long can you go? How long can you ignore the little alert that tells you you just got a text message? How long can you go? 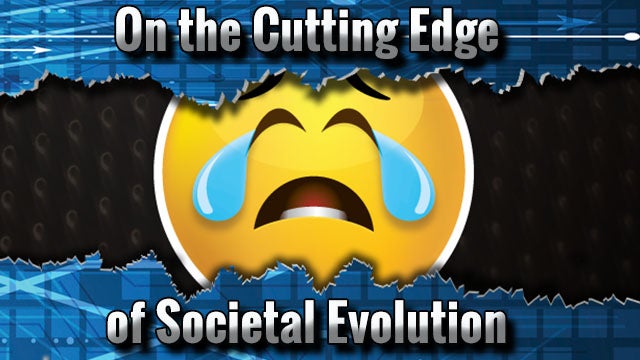 This is how the story opens trying to get you to prove to yourself — to understand — that you are a hopeless addict to your device. The New York Times, I’m telling you: They are on a full-fledged mission here to destroy social media and everything about it, which is prima facie evidence that they think they are really, really being damaged by it. And this piece today… The story today is comprised of many miniature pieces, and one of the miniature pieces focuses on the dangers inherent and the problems inherent in young people only learning from graphics, charts, videos, still-frame photos.

It’s not good, the absence of words on the internet, social media. Words are falling by the wayside. So the Times is worried that it’s not going to be able to persuade. The Times is worried that people are becoming addicted to things that the New York Times cannot offer, and they are engaged in an onslaught here to discredit it. I find it funny to watch. Many of us here warned people about social media I don’t know how many years ago in all these various ways, primarily the psychological effect of it.

People lying about how great their lives are and then other people seeing it, realizing their lives are nowhere near as magical, becoming depressed and the inferiority complexes; then seeking ways for an exciting life much like those they’re reading about, and they can never find it. So you have lifetimes of misery, dissatisfaction, unhappiness, and so forth. I predicted this many, many moons ago.