RUSH: I had this story, I’ve had it I think since late last week and I haven’t gotten to it. And I keep seeing it in different spots in the media out there. And the most recent, the Washington Post has a story suggesting that the Democrats are getting ready to revive Hillary as the nominee in 2020. No, no. It’s not a joke. In fact, I may have mentioned one of the stories last week about this and was cackling about it.

But the Washington Post, Robert Costa, who used to be at National Review, has a piece here that suggests that Hillary is going to be the candidate in 2020, but she’s gonna do it stealthily. She’s not going to be as visible as she’s been. Let me read you an excerpt.

“There was a long line for selfies with Hillary Clinton last week at a Georgetown soiree for Lanny Davis, a Clinton loyalist whose latest book blames former FBI director James B. Comey for her 2016 presidential defeat. Clinton devotees — waiting patiently within earshot — speculated about her future. Maybe, one asked, she’d leave political winter behind and become President Trump’s foil? Another talked up a 2020 comeback. Clinton smiled, but did not respond.”

A 2020 comeback. Why is there 2020? What about the midterms? I thought the midterms were gonna be the next period of glory for the Democrat Party. 2018, the midterms this year, that’s where they’re gonna win the House back, right? But now we’ve got a Hillary Clinton comeback. And here is the next paragraph.

“In the first electoral season since the stunning loss that extinguished her years-long drive for the presidency, Clinton, 70, has begun a discreet and low-profile reentry into the political fray.” But only the 2018 fray. See, this 2020 business, that’s new. Hillary, the story I had last week, the Democrats think that Hillary is a secret weapon to win back the House in 2018. Have you seen that story out there? No, it’s there. 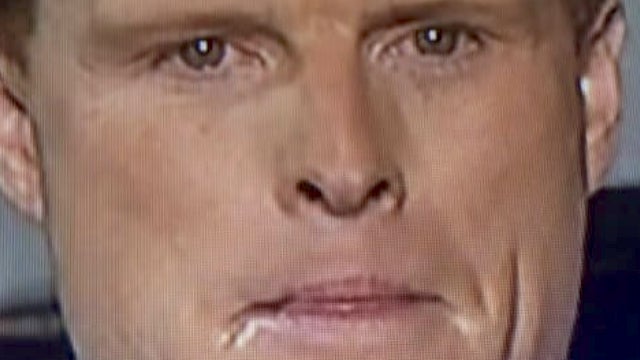 This is the Washington Post. “Her emerging 2018 strategy, according to more than a dozen friends and advisers familiar with her plans, is to leverage the star power she retains in some Democratic circles on behalf of select candidates while remaining sufficiently below the radar to avoid becoming a useful target for Republicans seeking to rile up their base. … ‘She’s not going to be up front,’ said Jaime Harrison, a former chairman of the South Carolina Democratic Party.”

So Hillary Clinton’s gonna be lurking in the weeds. She’s gonna be slinking around out there under the surface, secretly working to energize the Democrat voter base against the nasty, dastardly Republicans this year, and then that is supposed to launch her comeback in 2020. Now, do you think a party with a future would be plotting a course like this? They must really think something happened and she got cheated. They must really think it.

The Kennedy kid doesn’t want it. The Kennedy kid was supposed to be the leading light. That’s right. Joseph Kennedy III, 34 years old, with the Vaseline drooling. He doesn’t want it. He said that he’s not interested right now. I don’t know if he said “right now” or “ever,” but he clearly said, no, no, presidency now, no. Well, Biden’s in there too. And, of course, Obama called him out yesterday. Yeah. Well, in a positive way, at the portraiture unveiling. I’m surprised that Biden’s not in that portrait, underneath the chair or hiding in the ivy.