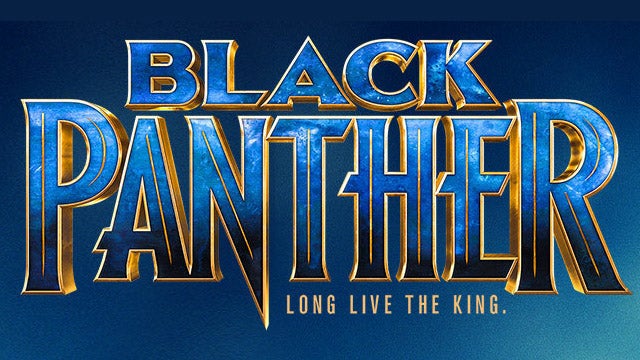 No, I’m making a point that I’ve had made for I don’t know how long. How can this country be as racist and bigoted when its wealthiest and most popular TV personality is an overweight African-American female? How can that be? (interruption) What? What do you mean, who would that be? How many overweight African-American TV personalities that give away cars are there? I’ve often asked that question because, like all Republicans, I sit here and I get fed up with this never ending allegation, and not just personally, but that the country is this, and of course it isn’t.

And so this movie, Black Panther — and by the way, I need to tell you, I totally get this. This is a Marvel comics feature, and I think Disney partners in making these movies. Is that right? Is it Disney or Twentieth Century Fox. Disney? Okay, so Disney works with the Marvel movies. I can understand this being a big deal. Look at all the Marvel movies, and look at all the superheroes, Batman, Spider-Man, Superman, you name it, Wonder Woman, they’re all white. They’re all white.

Now, here comes Black Panther, and apparently this movie was so popular when it was being made, Mr. Snerdley, that Hollywood royalty wanted to show up and visit the set when it was being made. This thing is being hyped as maybe the biggest — whatever genre Marvel is called, superhero, whatever, fantasy, superhero, it may be the biggest opening weekend. They’re looking at $170 million opening weekend.

This means it’s gonna be bigger than Batman or Superman or any of these other franchises. And I think it tells us a lot. I think, if that happens, or even if they get close to it, it obviously will convey or carry with it a huge message about where the United States is culturally right now. And I for one could understand African-Americans loving this because here it is. There’s an action figure hero, superhero, superpower, the first one in American history who’s black.

Luke Cage is a TV series. Luke Cage hasn’t been made into a movie. Luke Cage was good. I watched Luke Cage. Mike Colter is the actor, who is fabulous. I loved him in a TV show called Ringer. He got killed off in the fourth episode but I still liked him. It didn’t matter, it was a CW series, didn’t last long, but the premise is fabulous, I liked it. Mike Colter is great, but that was TV. Luke Cage, black superhero.

But this, and apparently the production is through-the-roof awesome, the special effects are awesome, the cast. It’s about a fictional African country that has a secret resource that will save the world from every problem there is, and it’s called Vesuvium or some such made-up name. And it’s about everybody in the world trying to get hold of this little country and throw everybody out so they can take over. And this guy defeats the world, the Black Panther. And it’s got great stunts and everything.

I can imagine this thing is a humongous matter of pride, based on some things you have told me over the years. And so $170 million. Now, if it reaches $170 million, whatever it reaches, it isn’t gonna be on the black audience alone. There aren’t enough exclusive black moviegoers to generate that kind of money, so this has to be crossing over into many different demographic areas of America. I think Millennials are gonna push this movie through the roof.

It’s definitely gonna come from the Millennial crowd and given their political attitudes on things, I think it makes perfect sense that these expectations are there. And I don’t think that they would be touting these expectations if they weren’t sure it was gonna perform. They wouldn’t be out there saying it’s gonna generate $170 million opening weekend if it’s not. I mean, there’s too big a risk, you know. Pitch it as perhaps a record opening weekend for a genre, but they’ve put a number to it, $ 170 million.

Rotten Tomatoes, 100% positive rating. Most of the movie industry think that Rotten Tomatoes is killing ’em. You know why? Because Rotten Tomatoes is nothing more than your average movie goer combined with the snark of social media ripping movies to shreds. Whereas the professional critics at the New York Times and TIME magazine have the sophisticated reviews, most of the people on Rotten Tomatoes are telling these people to pound sand, screw you, I don’t need you to tell me whether I like this or not. Who the hell are you? Why should I listen to you? I’m gonna make up my own mind. 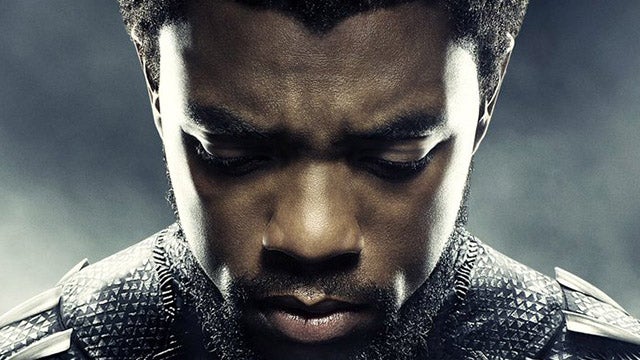 “Back in January, box office analysts predicted anywhere between a $100 million and $120 million opening weekend.” But now they’re factoring in that 100% Rotten Tomatoes score. The Super Bowl spot for Black Panther apparently was off the charts, people loved that. So that’s got ’em guessing at $170 million. And here’s the way the breakdown is.

“It’s not uncommon for any movie of Black Panther’s stature to out-gross its box office projections, and if it does hit or exceed $136.4 million, it will break the all-time February opening weekend mark of $132.4 million set just two years ago by the R-rated Deadpool,” which was another Marvel movie. That movie was projected to open in the $50 million range. It opened at 132.

Now, there’s another Marvel character that I have reviewed. I watched the TV show, not a movie, and I reviewed it here on this program and I found some other reviews on my tech blogs. I found there’s a common thread. It was Jessica Jones about the female superhero, and I watched it. I’m not a Millennial, so I’m not the target audience for this Marvel stuff. And I, you know, not all Marvel stuff I’m not into all of it. Luke Cage. I liked Luke Cage. Jessica Jones, I watched for the socio-anthropological immersion experience, the social studies aspect of it.

Batman, Superman. I’m over that stuff. Star Wars. I’m over that. But this stuff has great indications, and the common thread that is, I think (What’s the word?), most related to by the Millennial audience is the suffering. The suffering and how it is dealt with. I could not believe the reviews of Jessica Jones. How wonderful it was because of all the suffering. And I began to ask myself, “These Millennials that are watching this…” These are tech and media Millennials writing about this. 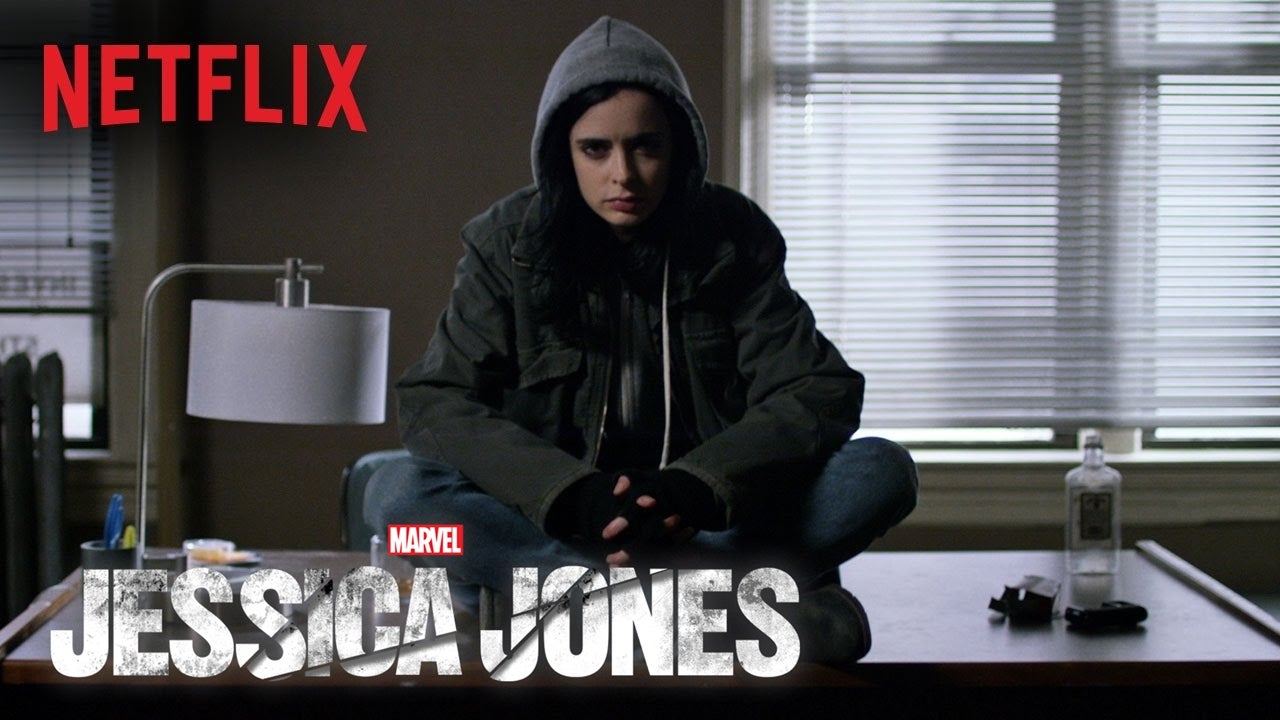 I don’t know how representative they are of the media population at large. But is this how they see life? One gigantic, sufferable moment after another? That life is nothing more than an endurance project to see how you can cope, that that’s what life is, is basically coping? And that seemed to be the great message taken from Jessica Jones. I don’t know if that’s gonna be the case with… I think this movie is gonna have popularity for different reasons. But there’s gonna be a lot of suffering in this movie ’cause these heroes are gonna mete out a lot of pain and a lot of damage to the bad guys.

But I always… I strive to know where the cultural attitudes of large groups of people are as a way of indicating what we need to do in the future. They’re gonna grow up. I mean, even Millennials are gonna become adults — older adults. They’re gonna change. And life is… I mean, look. We only get one life, and I understand it’s not a bowl of cherries for anybody. It’s got ups and downs. But the whole concept of life being a giant coping exercise and nothing but suffering and overcoming suffering?

Once that becomes the primary identity, then overcoming and being happy is not permitted. That’s cheating. Being happy is cheating. Being content is to be in denial. You have to be suffering. Well, that’s not good, because there’s a political party made to order based on your suffering and your continued suffering — and that’s the Democrat Party. The conservatism of Ronaldus Magnus has always been optimistic, uplifting, positive reinforcement, positive thinking.

But not phony positive. I’m hoping that this Black Panther thing moves on from this whole notion of suffering and presents a different message. I have no idea what it’s about. I’m not familiar with the character in the comic books or even if there is a comic character. Is there? Is the Black Panther a brand-new, for-movie-only character? (interruption) Well, he’s in the Avengers. Okay, sure. Why didn’t I…? The Avengers. Sorry, folks.

RUSH: Now, one of the reasons this movie, the Black Panther, is being released in February is it’s Black History Month. It was created by Stan Lee and Jack Kirby. It first appeared in the Fantastic Four, The Avengers back in July of 1966. I think Disney is being pushing… They’re demanding that Disney donate 25% of the proceeds back into the black community. See, they’re blowing the whole thing. Let the movie speak for itself.

The Marvel people invest in it, but now here comes a bunch of social justice activists demanding 25% of the take, as though the movie owes the black community 25% of the take. It’s crazy. There’s a Change.org petition calling for Marvel and Disney to put 25% of the take, the proceeds, back into the community, whatever that is. I guess Colin Kaepernick gets to define that. Let me git… “Get,” I’m sorry, not “git.” That’s how they talk in Missouri and Texas. It’s “get.” Man, I’m not doing well today on these pronunciations.