CALLER: First-time caller. I heard you talk a little bit about the Showtime series Homeland —

CALLER: — last year. And you know how they have the presidential figure basically was supposed to be Hillary Clinton. She was oppressed, the right wing was after her, and she won the presidency. They wrote all that and filmed it before the election, and then Trump’s winning the election kind of threw a giant hand grenade into the writers room for that show. So this season, they were expecting, you know, Hillary to be elected and have Hillary as the good president on the show. Instead they’ve turned Hillary a fascist, the Hillary character, I should say. So the irony there is too delicious to — 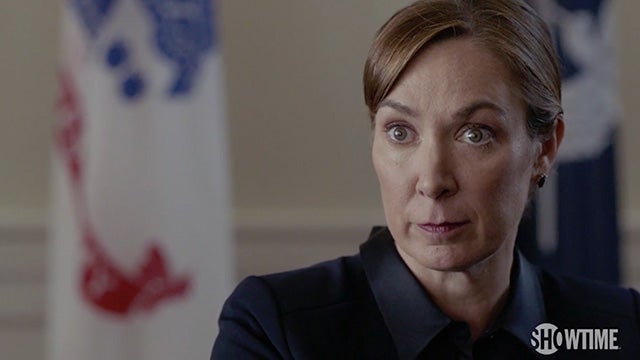 RUSH: Well, it is. It’s kind of funny because the season started in January last year, and it has to go to production much earlier than the election, and they like everybody else thought they knew who was gonna win. So they write last season’s Homeland trying to be predictive in their story line that a female president’s gonna be elected. And then Trump wins. And I think they actually went back and changed some things and converted what was to be the first female president — wonderful, fair, loving — and they’ve turned her into the biggest mean-spirited, authoritarian dictator that you can imagine being possible.

CALLER: The irony is that that’s probably what she would have been if she got elected.

RUSH: Well, she would have certainly continued the policies of Obama. But I’m only hesitating here because the seconds remaining here are fewer than 20. But it’s fascinating now to — you know, you study these shows and these writers and what they think, you can tell what they think of Trump by the way they’ve created this presidential character.