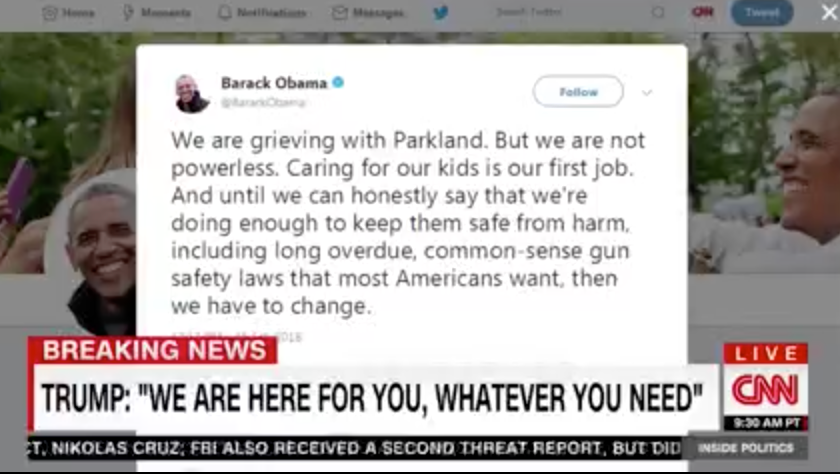 RUSH: I was watching CNN. They just ran a graphic. It’s a quote from Barack Hussein O, who said, “We are not powerless to change our gun laws.” So after the portrait unveiling, Obama has surfaced to weigh in on this. Speaking of the portrait, do you know — have you heard — that the Obama portrait was outsourced to China? This portrait, this artist outsources portions of every painting. I mean, actual brush strokes are made by outsourced painters?

And the guy admits it! He admits it! So I’m wondering who paints the sperm in this guy’s pictures. But it’s true. Obama’s picture, his portrait, was outsourced. Kehinde Wiley outsourced it. I’ve never heard of that. Is nothing real anymore? Does nobody actually do their job? Does everybody have somebody behind the scenes actually doing the work while other people are taking credit for it? It boggles my mind how often I run into this.

I can’t keep of any other examples here, but it boggles my mind. Well, news anchors on TV. Somebody else is writing every word they say, and probably making one-twenty-fifth (if that much) of the salary they make.

RUSH: The story on this Kehinde Wiley outsourcing his work to the ChiComs, specifically as it relates to the Obama portrait? It’s in New York Magazine! And then Page Six has picked up a version of it, but this is not (chuckles) in conservative media. 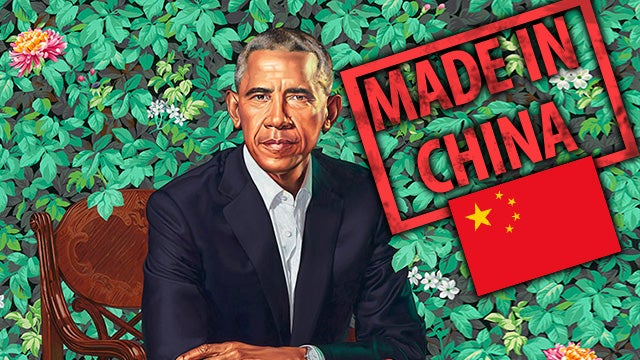 New York Magazine reported six years ago that Kehinde Wiley “relied on outsourced labor to reduce costs.” To reduce costs! You are a commissioned artist. If Barack Hussein O wants you to paint his portrait, what reduced costs are there? Charge him what it costs and your profit markup based on your reputation! What do you mean, “reduce costs”? Charge the perp, the customer for it. Anyway, the report said that Wiley “employs anywhere from four to 10 workers, depending on the urgency, plus a studio manager.”

New York Magazine’s report “made it clear that Wiley allowed his employees to actually paint for him and to a substantial degree,” and Wiley doesn’t deny it. He says, “I have never have told everybody every stroke is mine,” is a paraphrase that’s pretty close to what he said. So… (laughs) He outsourced a portrait? I thought that the portraitist was chosen for his unique, distinct flares and touches and painting-fingerprint identity and so forth. But you telling me that you got four to 10 schlubs in there, and the strokes they paint are not identified.

So there’s no way they can claim, “Yeah, I painted that flower. I painted that sperm cell in the Obama portrait. I did it.” (interruption) I can’t, either. I can’t… Folks, if I were getting this done, there’s nobody, nobody would do my strokes. I would own every one of them. I can’t imagine. I’m trying to think, “How do I outsource a portion of this program?” Well, I guess you could say taking calls outsources it, but it’s not the same thing. I’m not passing the callers off as actually me.

So where’s the outrage from anybody that Obama didn’t do his due diligence and have the FBI check the background on this guy?