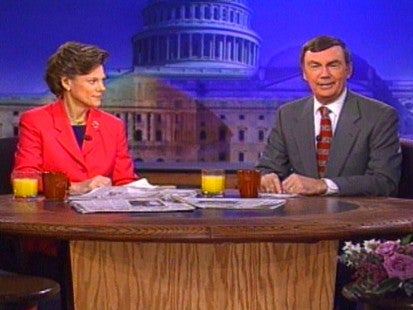 RUSH: We found Wayne LaPierre.  It was year 2000.  Cookie went back… We keep everything.  It’s just a search challenge that we have.  But we’ve even got that down pat.  So Cookie has finally found… It was This Week with Sam and Cokie.  Brinkley had retired or something, so it was This Week with Sam Donaldson and Cokie Roberts of ABC News.  Wayne LaPierre, the executive vice president of the NRA, was on and was being asked about ads and the NRA was running against Clinton’s depiction of the NRA as unwilling to help solve the problem of gun violence.

That, by the way, is common. The NRA never wants to help. The NRA’s not interested in stopping violence. The NRA, they will not lift a finger to stop this incessant killing. For as long as I’ve been alive, that is the Democrat talking point about the NRA. So LaPierre is on, he’s being asked about this by Cokie Roberts, and here’s what he said.

LAPIERRE: I’ve come to believe he needs a certain level of violence in this country. He’s willing to accept a certain level of killing to further his political agenda. And the vice president too. I mean, how much can you explain this dishonesty we get out of the administration?

RUSH: That’s 2000. That was in March of 2000, the end of the Clinton era, and that is one heck of a charge. But in reality, it’s no different than the charge that the Democrats level against the NRA all the time. And like the media tried to peddle a story, the NRA trained this Cruz kid as a marksman at the school when the NRA wasn’t even there when this happened. 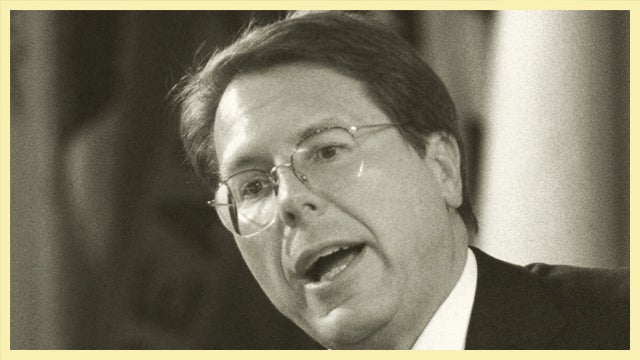 “I’ve come to believe President Clinton needs a certain level of violence in this country. He’s willing to accept a certain level of killing to further his political agenda.” You know what that means, that means they want the issue. They don’t want a solution. That is what Wayne LaPierre was saying 18 years ago on ABC.