A Shooting in Russia? It Can’t Be!

RUSH: Here’s Paul in Portland, Maine.  I’m glad you waited, sir.  You are up next.

CALLER:  Thank you, Rush.  I’m a PhD engineer and scientist — and in science and engineering if an experiment disapproves your theory, you abandon your theory.  Over the weekend in Russia, there was a mass shooting at a church.  Russia has the strongest gun-control laws on the planet, and yet the criminals there all have guns, and the police are unable to protect innocent people going to church.

RUSH:  We have been told all week that America, the United States, is the only place where mass shootings like this happen, and yet you know of one that happened in Russia? 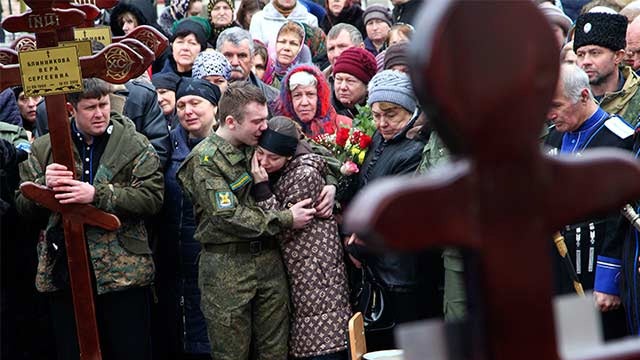 CALLER:  You can go to Google and put in “Russia church shooting,” and there were five people shot by a guy as they were coming out of church in Russia.

RUSH:  I don’t believe it, because these things do not happen anywhere outside America.

CALLER:  The media gives it a good leaving alone, but it happens elsewhere.

RUSH:  I saw it on CNN that this doesn’t happen.  I saw one of the students say so.  I saw one of CNN hosts say, “It does not happen.”  You’re making it up.

RUSH:  Well, if it was in the New York Times, then it could have been made up, right?

RUSH: Let’s turn back to your scientific testing and theory.

CALLER:  Yeah.  So hear we see that the police are not adequate to protect people, innocent people in church, and that bad people still get guns under the strictest gun-control laws.

CALLER:  So despite this, we still have people that want to put our children at risk by copying a failed Russian experiment, a failed Chicago experiment, and thus they don’t want to follow the scientific process.  Their theory has been disproven.  Gun control does not protect your children.

RUSH:  Absolutely.  But, you know, you’ve just helped identify something.  There isn’t any science in this, just as there isn’t any science in the way they go about presenting global warming.  This is all emotion.  This is about indoctrination.  This is the result of years and years — decades — of education, subliminal messages in Saturday morning cartoons and so forth that guns are bad, that guns kill, and the only way to keep people safe is to get rid of guns, and that’s the objective here.  That is the mission.  If they’d be honest, their objective is to confiscate every weapon in the country, and all this other stuff is superfluous just to service that desire.  Because none of this is about protecting people.

CALLER:  At some point, don’t you think the American people will wake up like when they started seeing more money in their paychecks?  Don’t you think they’ll wake up and start saying, “Maybe we could apply some science to this ’cause it doesn’t work”?  What would it take?

RUSH:  Well, I think that is going to happen, quite honestly, and I think it’s gonna happen because of Trump.  I think Trump is going to be the instrument — the needle, if you will — that injects common sense into this.

RUSH: We have not had leadership on this.  What we have had is the media and the Democrat Party and their aligned existence promoting and promulgating a certain point of view on this with the Republican opposition pretty much paralyzed. Now, I don’t want to be unfair here.  They haven’t made any progress.  The NRA continues to win.  The Democrats are losing left and right on this.  That’s another thing that makes this kind of curious.  They aren’t winning it.  They think they are, I guess.  But they’re not winning this. 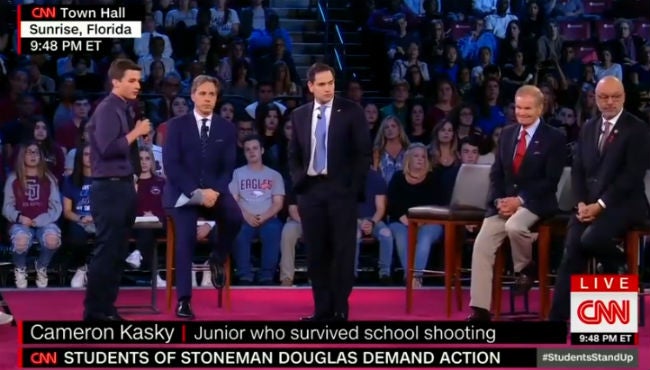 The NRA is not smaller.  The NRA’s not less effective.  The NRA has more and more people signing up.  This event last night on CNN, I’d like to know how many additional members the NRA got as the result of this thing being televised last night.  I think that they’re shooting themselves in the foot.  We just don’t see that aspect because that would never be reported.  The event like last night will never be reported as a failure.

Like the Wellstone memorial was never blamed for the Democrats losing the midterms in 2002, but it was a big reason, and I think they continue to shoot themselves in the foot.  But this is gonna be active opposition on the part of Trump that is going to be bathed in common sense.  There’s gonna be some common-sense proposals that are mentioned and maybe on a test basis implemented here, and some of them are gonna work.

CALLER:  But will we copy the ones that work, or will the media try to write them off and drum people up, and emotionally we’re gonna lose the opportunity for success?

RUSH:  Well, I think we can have both. Let me answer it this way.

RUSH: Let’s play a game. Let’s do a hypothetical. Let’s say that, oh, next week that we have a policy implemented, and it begins the process being implemented of concealed carry on the part of armed professionals in schools. And I won’t waste time on the mechanism. Let’s just say that gets done. And then let’s say two years go by without a successful massacre.

And let’s say that in those two years, a shooter attempts a massacre and is stopped in the process. He may get a couple rounds off, but he is stopped. And there is no massacre. Even in that circumstance, the media and the Democrats will not credit the solution of armed security in the schools for stopping it. So the answer to your question’s a long-winded way, even with a solution that works like a charm, it will never be credited, and it will never be reported as working.

CALLER: I appreciate that thoughtful answer, but it is a dismal situation, then. I’d like to think more of our public.

RUSH: It’s the case in everything. There isn’t a single thing that they have said about global warming that’s happening. Not a single prediction has come true. The media does not say that. The media continues to press the absolute BS. They continue to broadcast the lies. They continue to carry the water of the leftist agenda, because the media isn’t news anymore. The media is not there to tell you what happened so that you can learn what happened at a place you weren’t.

It’s not about informing you anymore. It’s about moving you. It’s about advocating. It’s about advancing. And it’s the agenda of the American left, which is the Democrat Party, the bunch of people that run for office, get elected, and implement it there. But that’s all this is. And so anything that works that is not part of their agenda will never be credited. Anything that works that has a demonstrable improvement over the status quo will never, ever be called out as the reason. 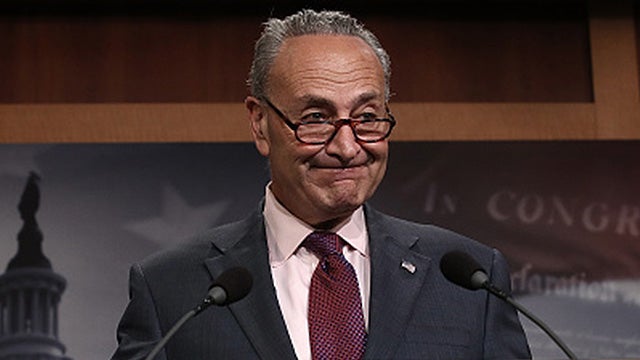 They’ll come up with something else. They are constitutionally incapable — there are exceptions to this. When Chuck Schumer blew the government shutdown, that was so bad. Chuck Schumer blew that so bad, they couldn’t avoid coming down on him. They could not avoid lambasting him, and in the process they’re sending a warning to other Democrats, don’t make us treat you this way. Do not screw up like this the next time. Never, ever let the Republicans win a shutdown battle. That was the message.

So everything that happens that is for the better, every improvement has to be accomplished over the opposition of the media. And the most recent, glaring example of that is Trump’s election. And look what happened since. They have been on a 24/7, 365 mission to take Trump out. No matter what. No matter how much life improves in America.

RUSH: Apropos of our last caller, the PhD talking about what happened in Russia, I want to read to you a statement from Trump, something that he said in one of these sessions. It’s not a proclamation. This is something that he said. And the reason that it’s newsworthy to me is that he’s a guy. He’s not a politician. And that’s why this has the best chance of being solved, because we’ve got somebody who simply has street-wise common sense on how to deal with these things everywhere else in life and can bring that kind of thinking to Washington.

Well, amen. What we do right now is exactly that. We take action that makes us think we’re making a difference, like that stupid exercise last night. I guarantee you, everybody at that thing last night thought they finished making a big difference, and they didn’t accomplish diddly-squat! They didn’t even commence anything that would lead to change. All they did was pat themselves on the back with the usual bromides and platitudes of nothingness.

Trump is gonna fix it.