The Oprah Talks to God and Expects God to Talk Back

RUSH: The Oprah is… It’s kind of like her weight goes up and down. Whether she’s gonna run for president becomes a yes or no depending on what day you ask her.  I was with Mr. Buckley, William F. Buckley Jr. one day, and somebody asked him about Oprah Winfrey.  He said (impression), “Ah, is — is — is that the, uh, the woman routinely, uh, uh, gaining weight and losing it?  Is that who you mean?”

That’s how he knew who she was: “The woman routinely gaining and losing weight.”  I think he said “reducing” instead of “losing.”  Regardless, she’s all over the ballpark whether she’s running for president or not.  One day she is; next day she’s not.  But she now has gone into prayer.  This was the People magazine website this morning.  “The media mogul” the woman who’s always losing or gaining weight Oprah Winfrey…

WINFREY: (jaunty music) I pay attention when you have that many people saying something.  I thought, “Well, gee, I’ve never in my life ever, ever imagined that I would be in politics,” and I’ve always said, “No, no, no, no, no.”

WINFREY:  Am I supposed to at least look at that question, ’cause I had enough people — billionaires — calling me up saying, “I can get you a billion dollars! I can run your campaign!” and I actually went into prayer about it. “Like, God, if you… If you think I’m supposed to run, you gotta tell me, and it has to be so clear that not even I could miss it.” 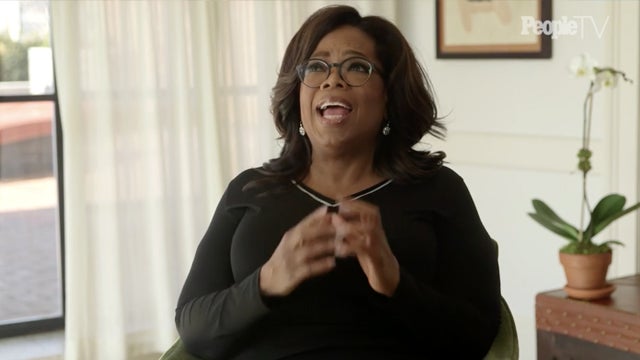 RUSH:  Waaaaait just a minute.  A liberal Democrat is gonna talk to God, and God is gonna talk back?  Now, isn’t that what they’ve been making fun of Mike Pence for about a week?  Mike Pence said Jesus talks! (interruption) Yeah, it was Maude Behar on The View saying he’s mentally ill. Mike Pence is mentally ill because Jesus talks to him.  You know, it’s a big enough risk as it is for Oprah as a Democrat to acknowledge God, No. 1.

No. 2, then to acknowledge prayer!  I hope it wasn’t in a school.  And then she says that she will not move forward unless she hears from God in such a clear way that she couldn’t miss it.  So she’s expecting “God-d” to talk to her.  Anybody else see the contradictions here?  Anybody else talking about God, prayer?  “Prayer’s aren’t enough! You can’t say prayers and condolences. That doesn’t do anything for anybody.”  Here’s the next perhaps female president acknowledging it’s not gonna happen ’til God tells her to go for it.