South Africa Caller on How People Around the World See Trump

RUSH: We have a call from Johannesburg, South Africa, and it is Reuben. Reuben, welcome to the program, sir. How are you doing?

CALLER: It’s going to be fantastic. I’m so proud to be able to speak on your radio program.

RUSH: It’s great to have you here.

CALLER: My father (unintelligible) before he passed on. Ha! It took me years to figure out how to get you on the radio here. Finally managed to do it through TuneIn radio. It took about four years to figure out how to get you on. It’s brilliant. I really want to thank you, because everything that you say I believe is very universal about in terms of the United States and the politics and the head space, this here in South Africa just as much. The… Unfortunately, there’s no Fox News or any type of conservative voice in the country going on the radio now and then being able to get a chance to say something. 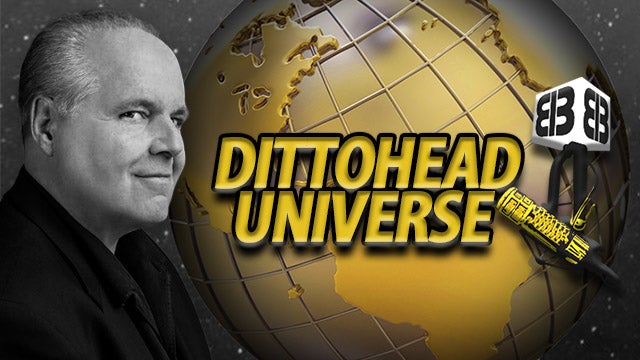 RUSH: — and they really desperately need it in South Africa right now.

CALLER: We do, ’cause they’re trying to that we can take away the land from people without any compensation in order to try to put sort of a —

CALLER: Coming soon to a country near you. Yeah, it’s happening. It’s happening, unfortunately. They’re trying to do a trial of it in a city somewhere in the country here, and they want to see how it’s gonna work and how they can pull it off. And hopefully it won’t be able to. I mean, I’ve had lived here for 30 years. I watched it from the day that President Mandela got out of prison, I’ve watched the whole thing happen here, and it’s just frightening how it’s so universal the way that the (unintelligible) —

RUSH: Let me tell you something —

CALLER: — throughout the world —

RUSH: Reuben, let me tell you something… We’re on a big delay ’cause he’s calling internationally, so he doesn’t hear me for a few seconds after I start talking. So he can’t answer me. Reuben, I know some South Africans who live here in South Florida, and I talk about the circumstance there with them. And I must tell you, it’s either they want to avoid the controversy of talking with me about it because it upsets ’em, or else they don’t get it. Because I don’t get much of a rise out of them, except one. There’s one guy. I can’t tell you his name; you’d know who he is. But one guy is tuned in and very upset about it. But some of the others I know, it’s almost like they’re resigned to it happening; there’s nothing they can do to stop it.

RUSH: There’s a focus on getting even is what’s going on.

CALLER: That’s true. That’s actually probably the most accurate way of putting it.

RUSH: There’s been no question that’s what it is.

CALLER: It’s about getting even. Right. 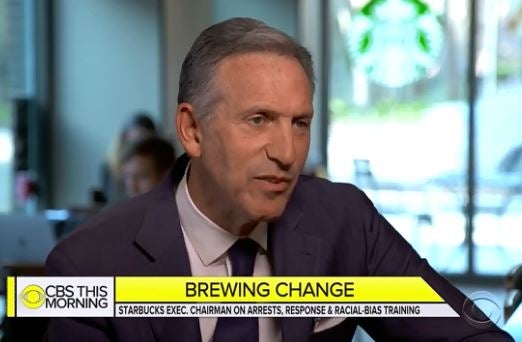 RUSH: Anyway, I know that’s not what you called about. You wanted to talk about Howard Schultz of Starbucks.

CALLER: Yes. My thinking… I read Howard Schultz’s book many years ago. I think it was Pouring Your Heart Into It or something like that, and I saw there that (unintelligible) the way that he thought about his business (unintelligible). That’s what the Democrats have as a strategy to put a centrist in. A centrist who is eloquent in speech, eloquent in his approach, as a (unintelligible) Republicans who are maybe feeling the crunch and feeling the pressure of how long they’re able to stand with a guy named Mr. Trump when the whole world is against him.

And when I say the whole world, I mean it, ’cause I’m speaking from here. Even South African media, everywhere I go around the world, it’s the same thing: Trump is a… animal. I guess that’s the word you want to put for it. So I think that perhaps there could be a strategy to put out a centrist candidate who says things like Mr. Schultz said yesterday in regards to the how we’re gonna pay for all this stuff, et cetera, the same kind of questions we’re asking ourselves now.

That the Democrat Party… White working-class voters, the Democrats purposely, openly discarded them in 2011, the Obama administration did as part of a reelection strategy. I don’t know that Schultz can get the nomination, ’cause this party is trending radical left. People like Schultz are being marginalized in this party. But there’s another reason why you think this, Reuben. Did you hear what Reuben said? He travels. Wherever he goes — South Africa, wherever — Trump is an animal. Did you hear that?

Do you know why that is? Because while CNN may only have a couple hundred thousand viewers here, CNN International is all over the world — and that’s what people see. The Donald Trump of all of these magnificent successes, revitalized American economy, the more jobs available than there are workers to fill them, the gross domestic product. None of this is getting reported. The only thing reported around the world is what you see on CNN. That’s what the world is being told about Donald Trump.

I’ve had a number of people comment on this to me who have traveled internationally, and the only thing you can watch is CNN International or Sky News if you’re in the U.K. or whatever the local news network happens to be in whatever country you’re visiting. But there isn’t a Fox News equivalent out there that has worldwide distribution like CNN International does. So, not that it matters to American elections, of course, but it is still rather important that many people in the world have no idea of the overwhelming success and advancement and improvement — which matters to them.

The stronger the United States is, the wealthier the U.S. is — the more prominent the United States leadership is in the role of guaranteeing liberty and freedom — then the better for everybody around the world who wants liberty and freedom. They’re not being told. Trump is a reprobate. He’s an animal. Whatever you see on CNN is the lion’s share of what people around the world get — unless they happen to access Fox on the internet via streaming, which, you know, is increasing. But we kind of lead the league in streaming and new sources of video distribution. So it’s a frustrating thing. But it happens to be the case.