More Thoughts on the IG Report

RUSH: The inspector general. This story is getting buried, by the way, which is also one of the objectives of the border story and the detaining children story. “Justice Department Inspector General Michael Horowitz confirmed Tuesday that he is investigating whether FBI official Peter Strzok’s anti-Trump bias factored into the launch of the bureau’s Russia probe. During a joint hearing before the House Oversight and Judiciary committees, Horowitz testified that his office was reviewing Strzok’s anti-Trump text messages as part of a separate probe related to the Russia investigation. 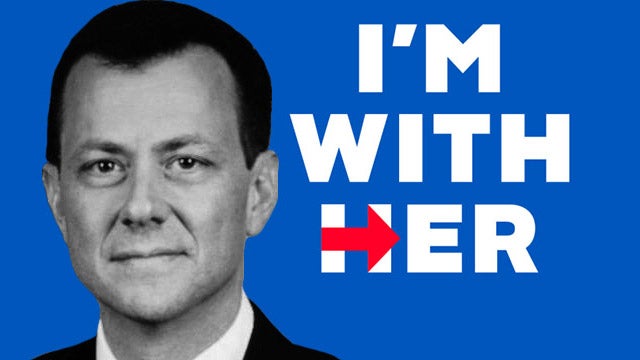 “‘It clearly shows a biased state of mind,’ Horowitz said, referring to text messages written as the FBI probe of Hillary Clinton’s private email use was wrapping up… House Judiciary Committee Chairman Bob Goodlatte (R-VA), questioned Horowitz on whether that apparent bias influenced the initiation of the investigation into Russia interference…” Now, remember something: The FBI has refused to provide documents that have been subpoenaed by Devin Nunes and his committee about just this.

Devin Nunes and Trey Gowdy — a bunch of people on that committee — have been demanding the FBI furnish documents that would show when did this whole Russia investigation begin and why. There have been so many false starts. “Well, it started with the Trump dossier, man! That was so bad. This guy was hiring prostitutes to pee-pee on the beds in Moscow! No, no.” And then they said, “No, no, can’t be that! That was bought and paid for by Hillary Clinton.” Then they said, “It was George Papadopoulos, who was bragging people, anybody would listen, that Trump campaign knew that the Russians had a bunch of Hillary Clinton emails,” and then that blew up.

The text messages that we have seen with Strzok, those with Lisa Page, indicate the Hillary Clinton investigation was never gonna amount to anything. Strzok and Page admitted this was a nothing burger, but that the Russia thing? That was real. Even though Strzok also texted at one point that he didn’t think there was gonna be anything to it. But Horowitz is admitting that Strzok’s bias against Trump is now a central investigation into just how much did his bias have to do with the actual investigation of Trump and Russia beginning. I think they’re gonna find that it was a lot of if. It is…

You stop and think about all of this, this IG report…Andy McCarthy’s column yesterday… By the way, I wanted to mention that. He read the IG report and he’s watched some of the testimony, and there are many things that stand out. One of the things that stood out to Andrew is the unquestioning evidence — the overwhelming evidence — of the criminal behavior of Hillary Clinton and, by extension, Barack Obama. Yet the inspector general report doesn’t even comment on it. They comment on the FBI’s investigation being half-hearted and lackadaisical, and they admit that may be because of bias. 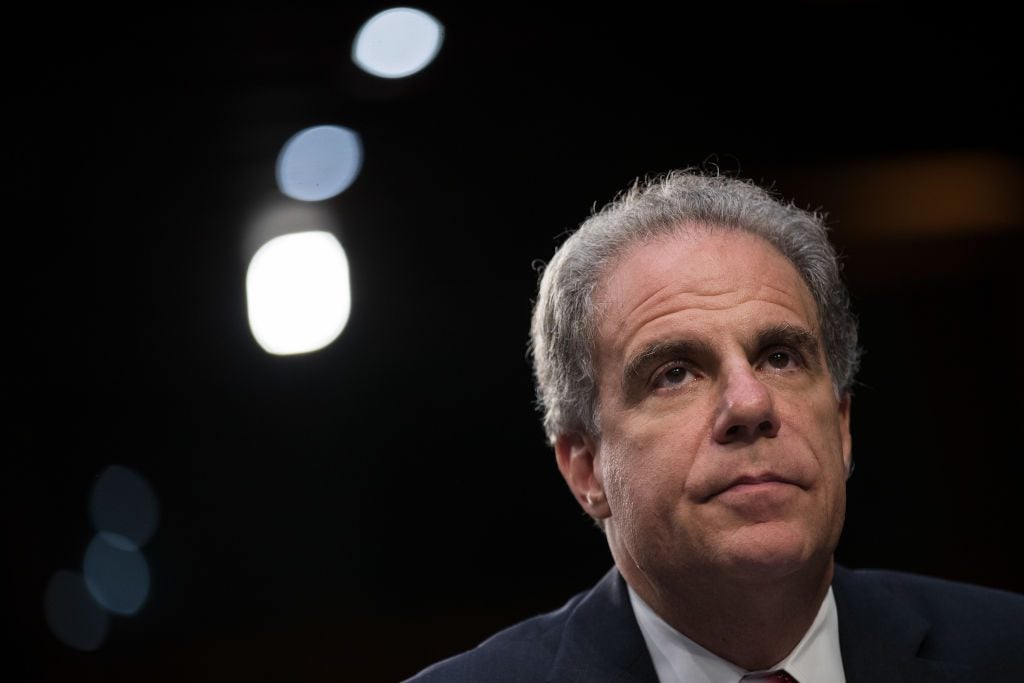 But here you have the collection of real evidence of all of the serious violations of law, and nothing was done about it. Despite the fact that the IG report catalogs how the FBI exonerated her before they even interviewed her, exonerated her even before the investigation began. But the evidence presented in the report itself is so conclusive of criminal behavior and the IG didn’t even comment on that — and there’s one reason for it. Again, I’m sorry to beat a dead horse over it.

But the one reason for it is you cannot investigate Hillary Clinton without including and snaring Barack Obama! Barack Obama was knowingly sending classified data back and forth with Hillary over her unsecured, unofficial server. He lied about knowing that. Any investigation of her would have nailed him. The point of all this has always been to insulate Obama. Can I share something else with you? When I read the IG report, I had a reaction to it that I will admit was a little frustrating. It took this guy 15 months, this guy Horowitz and his team. Fifteen months. Then he writes his report, and that circulates for a month.

The people who are named in the report get an advance look at it, and they have a chance to fight back and try to change Horowitz’s mind on some of his conclusions. Then the thing is finally released. You know what struck me? It took this guy 15 months to put together a report of things we have known for six months! In other words, the delay aspect of this report is something I don’t think enough people are talking about. This whole thing being delayed as though they just now learned all this as a result of their exhaustive investigation?

They knew it too!

The point of this investigation… It’s hard to identify one, but clearly they sought to slow all of this down, and they did. “We’re all waiting for the IG report.” “Why?” “Well, because that’s official.” Yeah, so now we have it. There’s nothing in it that we didn’t know except for the inclusion of some additional texts back and forth between Page and Strzok that we didn’t know. But the fundamentals of this we’ve known for months what went on and what happened. But it appears official Washington is just now catching up, just now realizing what went on, which is a crock.

They’ve all known it too.

There is no question that this team at the FBI — Comey and Strzok and McCabe — were doing everything they can to shield and protect Hillary and to get her elected and to damage Donald Trump to prevent him from getting elected. And after he did, to destroy his transition and then his presidency. We don’t need investigations! All we need is the daily news. But nothing can be done without the official investigation, you see? Which slows things down and people lose their passion — and that’s by design. Here’s an example. Fox News. 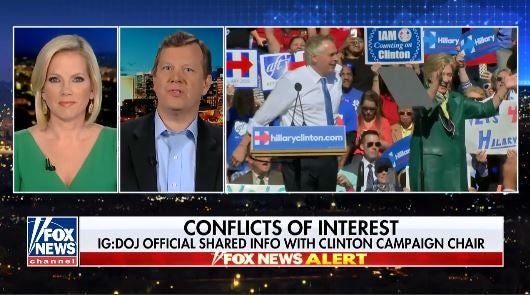 There’s a story here: “Clinton Cash author Peter Schweizer weighs in on Fox News @ Night with Shannon Bream after the DOJ inspector general report on the FBI’s handling of the Clinton email investigation is released. President Obama was one of a select handful of people who had direct contact with Hillary Clinton on her private email account, said Justice Department inspector general Michael Horowitz in his bombshell report.”

Well, here Fox is just now reporting this because the IG concluded it. We’ve known this for how many months? Maybe on going almost approaching a year! But it’s made to look like, “Wow! This is bombshell. They’re just catching up with us.” Now, something interesting has happened. You know in the text messages in the IG report… We have shared with you some of the damning statements made by two additional agents, Agent 1 and Agent 5.

They remain unnamed. I think there are… If I’m not mistaken, there are three, maybe five additional agents in the FBI in addition to Strzok and Lisa Page who have not been named. The IG is beholding their names. But their text messages are just as indicative of bias and unfairness and lack of objectivity as Strzok’s and Lisa Page’s. Mark Meadows, a Republican member House of Representatives from North Carolina, hinted at the possible identities of two of these people.

The reason the FBI has resisted informing everybody who these people are is the FBI said, “Well, these people are working on a counterintelligence investigation! As such, their identities, it would be very bad to compromise! We’d be at risk,” and Meadows is saying that’s BS. This isn’t a counterintelligence reason. You’re not trying to protect. You’re trying to protect ’em ’cause you don’t want ’em to get in trouble and get further people at the FBI in trouble. So he went out ahead and outed ’em.

“I would say based on your report, I know who they are, and what I’m concerned about is you know what they don’t work for counterintelligence, you could release their names, FBI Attorneys 1 and 2. He said, “Would one of those attorneys be Sally Moyer?” Horowitz refused to confirm. “Is the other one Kevin Clinesmith ?” No confirmation. “Meadows indicated he wanted to know their identities ’cause he thinks that the attorneys do not work in counterintelligence, which means the FBI has given false information to the IG. A crime!