The Never Trumpers Hide Behind “Civility” 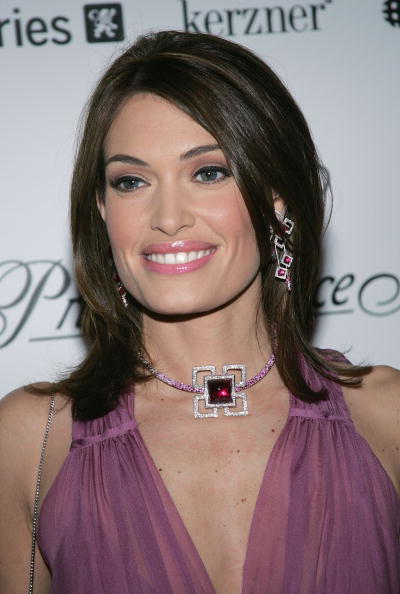 RUSH: At this moment, as we speak, Trump is aboard Air Force One and he’s on his way out there to Montana. He’s got another rally tonight. He’s got Don Jr. with him, which may mean that Kimberly Guilfoyle Jr. is with him and it may mean a whole lot of people are there. They are targeting Jon Tester, who is the incumbent Democrat.

Trump is doing another rally today. The guy is indefatigable. You cannot tire this man out. And he’s gonna be doing another rally which will be a barn-burner, and it will be jam-packed, it will be overflowing. There’s nobody who can do what Trump does in politics. There is nobody in American politics who can do what Trump does, which further serves to irritate the Never Trumpers.

Before I get to Supreme Court picks, basically I just want to tell you about Raymond Kethledge, since his name has surfaced at the top of the list along with Brett Kavanaugh and Amy Coney Barrett. You know the Never Trumpers. There’s a great piece, I had it last week; I didn’t get to it. It was from June 29th by Emerald Robinson. It was published the American Spectator, “The Collapse of the Never Trump Conservatives.”

I love these Never Trump columns and stories which attempt to explain the Never Trumpers, who they are and why they are so out of sorts, bent out of shape, damaged, wrong, what their psychology is. And this is one of the best pieces I’ve read. The Flight 93 Election was a great one; that was one of the first ones. That was during the campaign. There have been a couple of others that have come along, but this one by Emerald Robinson, which I’m not even gonna share excerpts with you from this ’cause if I got started I’d read too much of it.

But it names them. Bill Kristol, George Will, David Brooks, just the whole list, Jonah Goldberg, how, why their noses are out of joint. And I think he just nails it. But, you know, the Never Trumpers and a lot of others that are not necessarily Never Trump, but you’ve heard the people that whine and moan about Trump’s tweeting. And they complain, “Trump is just too verbose, he’s too loud, he’s too in people’s faces, he’s just too barbarian. Donald Trump is gauche, and he’s impolite, he’s rude, and he just makes me nervous. I just wish he would stop it.”

You’ve heard that kind of critique. And accompanying that critique is, “We need somebody dignified. Our side needs to be represented by somebody dignified, sophisticated, and reserved. We have to make sure that we have decorum and statesmanship on our side. We need to make sure that whoever our spokesmen are are seen as serious and learned and educated and filled with decorum and dignity.”

Well, it seems to me, ladies and gentlemen, that we’ve been there and done that. For example, Mitt Romney. As far as I’m concerned, you couldn’t find anybody more dignified, more serious, more mannerly, more polite, perfect decorum. Mitt Romney may be the prototype of what these people talk about: serious, smart, polite, nothing extreme.

Let’s see. How about George W. Bush? George W. Bush would not even react politically when these people attacked him. He wouldn’t dignify. He said, “I must represent this office. I must always be presidential. I will not take this office down to the gutter with my critics.” What happened to him? They drove his approval numbers into the high twenties. 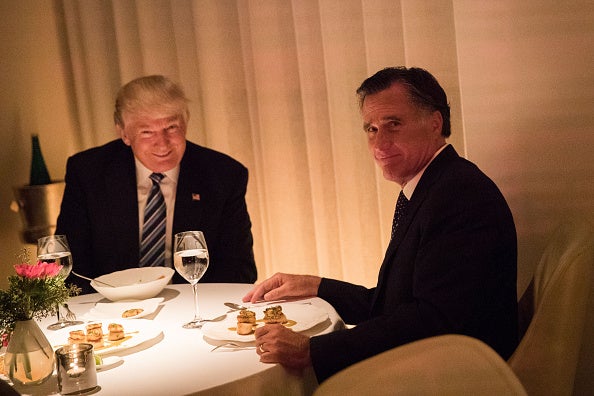 Now, the Never Trumpers might not think Bush is as brilliant as they are. But in terms of sophistication and part of the establishment and polite and inoffensive and yet, if you listen to the left-wing criticism of George W. Bush, he was a baby killer, he was Hitler, he was a liar, he was all these horrible, rotten things. They did movies and books on how to assassinate him. And he was everything the Never Trumpers claim they want Trump to be.

And I’m sure we could come up with other examples of this, could we not? If Romney and George W. Bush, Mitch McConnell, pick any number of our guys who maintain this proper statesman-like personality and decorum and behavior. And they clearly, clearly indicate they’re educated and sophisticated, and they don’t get down in the gutter with these pigs.

Now we come to Donald Trump. What’s he do? Donald Trump starts it. He gets in their face, he tells ’em off, he tells ’em they’re a bunch of liars, he tells ’em they’re doing fake news, he tweets the truth about these people every day. And the Never Trumpers shiver and shudder and cower in fear in the corner, “Oh, no, no, people are gonna think of me like, oh, my God, oh, my God.” They panic and think, “Oh, no, people are gonna think I’m like Trump. So I can’t support Trump. Trump’s an evil SOB,” they say.

So tell me. Where does all this politeness and sophistication and proper decorum, where has that gotten the Republican Party? Well, it’s gotten them respect inside the Beltway. The left treats them with great respect because they’re guaranteed losers at the end of the day, which is exactly what the Democrats and the left in Washington want, a bunch of obedient, second-tier members of the swamp who are just grateful to be let in and don’t want to do anything to upset the applecart from within the swamp.

Because if you make the people that run the swamp mad — i.e., the media and the leftists and the Democrats — why, they may start insulting you, and, “I don’t want to be, oh, no. I am sophisticated and educated and I am proper.”

So you tell me which has been the more productive way of dealing with these people. But I’m telling you, my entire career here, if I’ve heard it once every year, I’ve heard it a thousand times every year. “We can’t take the bait. We have to show the American people we’re not the extremists that they claim we are.”

So our policies have been oriented toward trying to prove to people that we’re not what the media says. And how have we done that? “Hey, we like open borders too. Hey, we’re for amnesty.” They give up what they believe in order to correct the media and correct the American people in misunderstanding.

Donald Trump is the first guy to come along and have any kind of effectiveness whatsoever in unraveling the mess that is the product of many, many years of the left owning and running everything. I just, coupled with all these stories on who the Never Trumpers are, think that needs to be part of the…