The Thinking Class Is Clueless on Trump and Putin

RUSH: So I’m watching Ari Fleischer, who was George W. Bush’s first press secretary and now I think he has a public relations firm, a crisis PR firm or something of the sort. Anyway, he was asked a question. It was pointed out to him — and follow this. “Ari, the president has done everything that has been asked of him. He walked back the comments about the intelligence community not being as good as Putin’s. He walked back this and he walked back that, and they’re still attacking him, Ari. Why?”

Seriously? “He’s done everything they asked him to do, and they’re still attacking him, Ari. Why?” 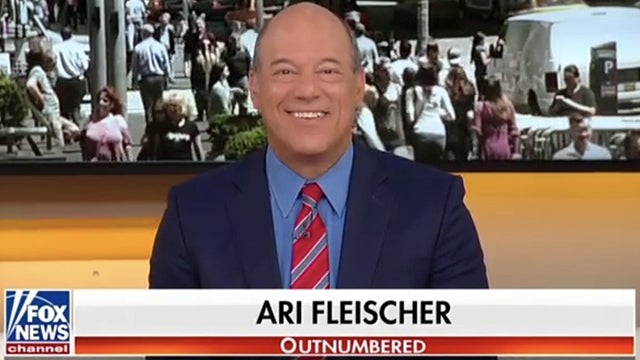 You know what Ari said? Ari said (paraphrasing), “Well, let’s just face it, we gotta go back to the origin point of this and that is the substance of this press conference. And he just blew it. Yeah, I don’t know,” Ari said, “why this has to be so hard. I just don’t know why the president can’t figure this stuff out.”

Okay. So the president blew the substance of the press conference. What does that mean? What did he not do that everybody in the media and in the left thinks that Trump should have done? And the best I can tell is that these people think that Trump should you have gotten over in Putin’s face, like he’s not allowed to do in Hillary’s face — it would be sexism — he’s supposed to walk over there and he’s supposed to wag his finger at Putin, and he’s supposed to say, “You lying KGB thug. You interfered in our elections, and you ended up getting me elected. And for that –” and then Trump should give him a big hug? What? Is this what Trump’s supposed to do. Is this what they want him to do? They want him to confront Putin and accuse Putin of screwing up our elections.

RUSH: Let’s go back to Ari Fleischer. See, you thought I might have lost my place and you might have been sitting there frustrated, “Come on, Rush, finish the subject.” I’m gonna get there. Ari Fleischer. “I don’t know why it’s so hard for the president. It shouldn’t be this hard. He just, let’s face it, the blew the substance of the press conference.” Okay. What does that mean?

Again I ask. Do they want Trump to go over there and confront Putin and wag the finger and call him a cheater and call him a thug and start insulting the KGB and say, “How dare you tamper in our elections. Don’t you remember when Obama told you to cut it out? Well, I’m telling you to stop it, too.” Why, is that what they want him to do? By the way, what good was it when Obama went over and told him to cut it out? Obama told the KGB to cut it out, and they didn’t cut it out. They’re still doing it. Well, of course I have a theory. 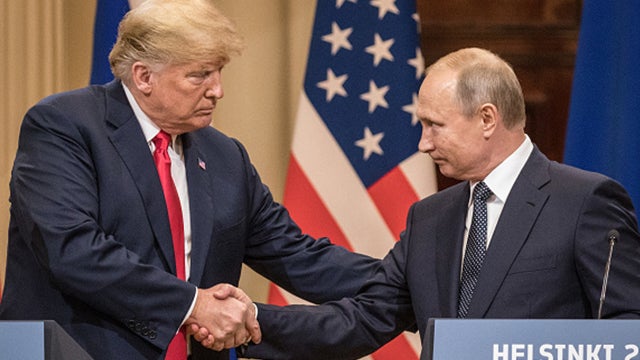 Can somebody answer a quick question for me? For those of you in the Drive-By Media, those of you in the Democrat party, can anyone cite a single example when a U.S. president directly confronted another country’s president in public? Waiting for the countdown. Can anybody tell me, can you recall — let me rephrase it. Has any U.S. president done to a foreign leader in public what apparently the Drive-Bys and the Democrats wanted Trump to do to Putin? Not in public. It’s never happened.

You want to know how ironic this is? All these people think Trump blew the substance because he kowtowed to Putin, didn’t confront Putin, didn’t tell Putin what a thug he is. This is the same Drive-By Media and the same Democrats who were warning us constantly throughout the campaign and even after he was elected that Trump was too much of a hothead.

He was too unpredictable. He was too off the rails. He was too big a stranger to diplomacy to be trusted with foreign relations. We couldn’t let Trump anywhere near world leaders, he’s so gauche, he’s so unsophisticated, we can’t have Trump confronting these people. Trump’s gonna get in their face and start insulting them. We can’t have that, they said.

And now the same media and the same Democrats are furious that Trump didn’t take out a slingshot and put one of Putin’s eyes out or something, or at least punch him in the nose. Or at least say, “Putin, you’re just a creep, all right?” And then walk away. What did they want him to do? When he’s elected, when he’s campaigning, “Oh, God. We can’t have Trump. Do you realize what a disaster? This guy’s a bull in a china shop. This guy’s, he’s gonna go insult some foreign leader. We’re gonna get nuked. Oh, my God. We’re gonna die. We’re gonna die.” 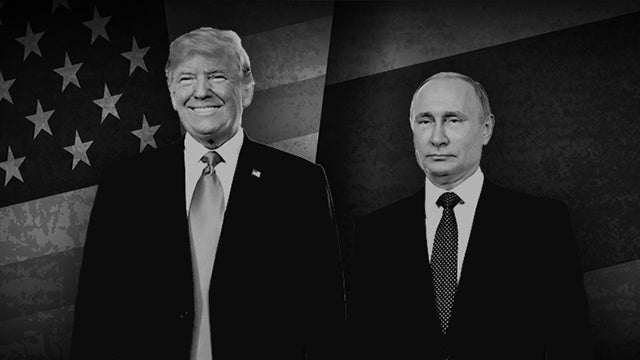 And when Trump doesn’t do that, “My God, he’s in bed with Putin. Putin must have something on him. Putin must be the reason Trump’s rich.” And now we have to hear, “You know, he’s done everything that they’ve asked him to do and the people are still mad at him.” The answer is, for the I don’t know how many umpteenth thousandth time, you can’t placate them, please them, love them, make them love you or make them happy.

By the way, I was reading National… Take it back. I’m not gonna mention the name of the publication ’cause I do not want this to be misunderstood as a cut or as an insult. But I was reading a widely known publication within certain circles and the author thought and thinks he’s got a bombshell. You know what he said? He said the reason Trump will not criticize the Russians and the reason Trump will not go along with the idea that the Russians meddled is because Trump is worried that people will say he’s admitting to collusion.

It was written almost as an exclusive. How old is this prediction, how old is this analysis? Maybe two months, six months? It’s an example of how out of touch what I call the thinking class, you know, the think tanks. They come up with these brilliant observations that are old hat by the time they get around to mentioning them.

RUSH: Here is Randy in Atascadero, California, it’s great to have you up first today, sir. And welcome.

CALLER: Thanks, Rush. Yeah, what I was calling about is, you know, there’s so much ambiguity by the career politicians. I mean, that’s kind of what they live on. It allows them to kind of walk back things and couch things in their special language. And it seems like we need to have the media, the Drive-By Media to interpret or translate that to us. It’s not necessarily what they said because they make it so ambiguous.

The thing about Trump is, he tends to be very blunt. He tends to be very unambiguous. And that’s part of what I think the media tries to trap him into. They know if he says something, he’ll say it bluntly and clearly that everybody will understand. And they don’t have to interpret it because it’s obvious. You know, he doesn’t need the media to explain or interpret his comments. And I think that that’s what the career politicians, and especially the Democrats, just thrive on, you know, is the ambiguity.

RUSH: Well, I think you’re partially right. You’re on the right track. I think in this particular area where basically they don’t like the way Trump talks, is what you’re saying, and the reason is because he’s too direct, that’s certainly true, but I think it goes farther than that. I think we’re dealing with class arrogance. I think the media considers themselves part of the political class in Washington. And they are an equal part. They’re on the same elite level as the politicians and the bureaucrats that they cover.

In fact, in many of the media’s minds they may be on a higher level, given they may have more power because they, in their minds, can destroy whoever they want to destroy. Whereas a bureaucrat has to go undermine people and back stab and this kind of thing. The media can do that right out in the open.

RUSH: It’s Holland, Michigan, up next. This is Jeff. I’m glad you waited. Welcome, sir, to the EIB Network. Hi.

CALLER: Hi, Rush. Hey, tera dittos. Time to upgrade, do a ditto upgrade, giving you tera dittos. Hey, I was thinking about this whole thing with the swamp and how all they’re doing is criticizing Trump because of what he did with Putin. But you know something? Had he done what they’re asking him to do or what they think he should have done by waving his finger at him, then they’d be talking about how he’s not diplomatic and no president should ever behave that way.

My thinking is that they did not sufficiently destroy his meeting with Kim Jong-un. I mean, there was some foreign country minister or something talked about a Nobel Peace Prize. And I think they’re scared, and they’re just saying, “We can’t have this,” because if Donald Trump succeeds, that makes all the swamp creatures look bad, Democrats and then the swamp Republicans as well. So I just think that no matter what Trump did, they’re gonna tear him apart ’cause they cannot have anybody talking about Nobel Peace Prize or anything.

RUSH: Well, there’s no question about that. And what you’re essentially saying is that no matter what happened in that press conference they were gonna find a way to blow it up. And I agree with that totally. I don’t care what Trump would have said, they were going to try to find something in this press conference to focus on and create another one of these imaginary, faux crises to create another 24- to 48-hour news cycle. They didn’t have to work very hard.

They celebrate the question being asked. And then Putin, he started rolling his eyes and chuckling and laughing at the infantile nature of the reporter and the question. But, yeah, Nobel Peace Prize, whether it’s about that or — Trump is not going to be permitted to be seen as successful in these kinds of things, particularly with Russia and what else they’re trying to say.