Outrageous! Dem Congressman Says Votes Could Be Counted in Russia!

RUSH: We have an audio sound bite from mere moments ago on a program called Outnumbered Overtime with Harris Faulkner, and it’s on the Fox News Channel. 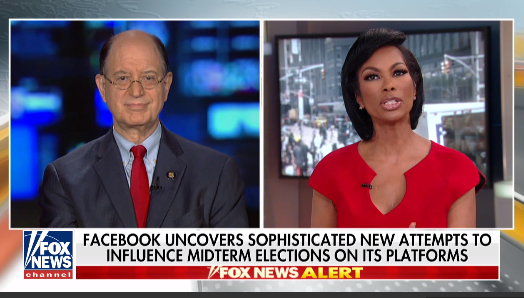 She had as her guest Representative Brad Sherman, a leftist wacko Democrat from California. He’s on there to talk about Facebook’s big announcement that they found more Russian tampering accounts! Oh, yeah, 32 of ’em. They removed 32 accounts believed to be involved in new efforts to influence the 2018 elections. They did not influence the 2016 elections! Why doesn’t Rosenstein say this loudly every day? Why isn’t this publicized? It’s in the announcement with those indictments of 12 Russians a couple Fridays ago.

Specifically, nothing in these indictments says that a single vote was altered nor a single election outcome was changed by any of the actions of these 12 defendants, and yet here’s a Democrat and here’s Facebook, “We found 32 accounts believed to be involved in new efforts to influence the 2018 midterm elections!” Even though the Russians did not influence the 2016! They “meddled,” whatever that means. But they didn’t influence the outcome, folks. Not a single person has ever seriously alleged it.

Nobody’s ever presented any evidence because if they had, Donald Trump would be gone. They’ve been trying so hard! They have been hoping and praying and wishing and making up and faking and everything trying to get people to believe that Trump cheated (Sob!), and there just isn’t any evidence for it. But yet the Russians are back. Yeah, there they are. The Russians are back trying to influence the 2018 midterms. So Harris Faulkner says, “This is big news. This is big news with Facebook. What is your take on these 32 pages for that inauthentic behavior? What’s being looked at that you know about, Congressman Sherman?”

FAULKNER: We didn’t draw a red line in Helsinki. Uh, and unfortunately on a party-line vote, uhhhh, the Republicans rejected spending money on vote-tabulation security.

SHERMAN: And so a lot of people are gonna wonder whether their vote was counted in the United States or counted in St. Petersburg.

RUSH: These are outrageous! So now here’s a Democrat claiming that American election votes are being counted in St. Petersburg and that people are gonna be wondering about it. Yeah, you see, Trump “didn’t draw a red line in Helsinki.” You know what that means? Trump didn’t tell Putin to stop it! Trump didn’t accuse Putin of stealing our election. And so Putin got a green light to keep doing it, don’t you know — and then the Republicans rejected spending money on vote-tabulation security.

Vote-tabulation security? What is that? It’s simple. It’s called counting votes. Ao here’s Mr. Sherman assuring everybody that we can’t count on the way votes in America are counted because the Republicans voted against it. Vote-tabulation security. That was just… Vote tabulation security is a Democrat trick to get them in on the counting of votes so that games can be played like happened in 1960 with JFK in West Virginia and Chicago. But this is… 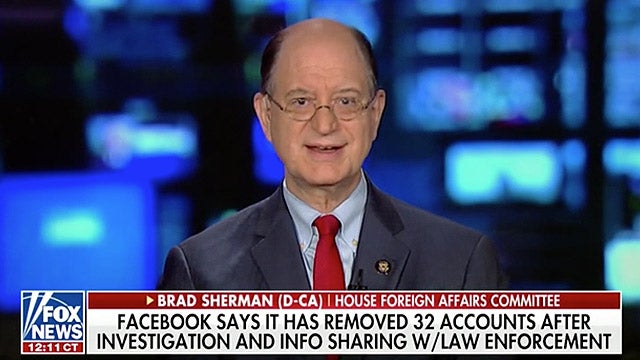 Despite all that, what this man is doing along with other members in his party and the media, is they are destroying the entire perception of integrity in the U.S. electoral system, and they’re doing it with a smile on their faces and they’re doing it with glee. What I don’t get is why they are doing it in advance of elections they expect to win and win big! They’re gonna take back the House. Why do they want people thinking the elections were not fair?

Or are they gonna try to say, “Yeah, we won but we beat the Russians back and we’re the party you can count on to keep the Russians out of our elections.” Is that what they’re gonna try to do? I don’t care what they’re trying to do. It’s not enough to say Sherman ought to be ashamed. This is so irresponsible that — and it’s difficult to rank in various instances the irresponsibility of the American left and the Democrat Party, but this has got to be right up there at the top.