Why Did the FBI Tip Off DiFi, But Not Trump?

RUSH: The Wall Street Journal today is out with a story that was first raised by me on the program yesterday — although I’m not the only one that did. That is, “How come the federal government told Dianne Feinstein that the ChiComs had a mole in her campaign and did not tell the same thing to Donald Trump when they suspected that there was Russian meddling in that campaign?”

This whole story of a mole in the DiFi campaign, DiFi office, actually — her driver and so forth — has begot a lot of stories today about her husband. Her husband’s name is Richard Blum. He has a lot of investments in companies in China. There have been hints over the years that DiFi has sat by and said nothing while her husband’s businesses were assisted by legislation coming out of Washington affecting certain businesses and the ChiComs.

The fact that she has this relationship, that her husband does, and that she had this mole… It’s interesting, the Drive-Bys are not concerned about it. They’re more concerned how… Well, they’re upset for her. They’re really, really hurt. “Oh, DiFi, she’s such a great girl! She’s such a wonderful woman, a great senator — and the ChiComs, how dare they! The ChiComs had a mole in there.” They’re more sorry for her and they’re happy that somebody found out about it and got rid of the mole. 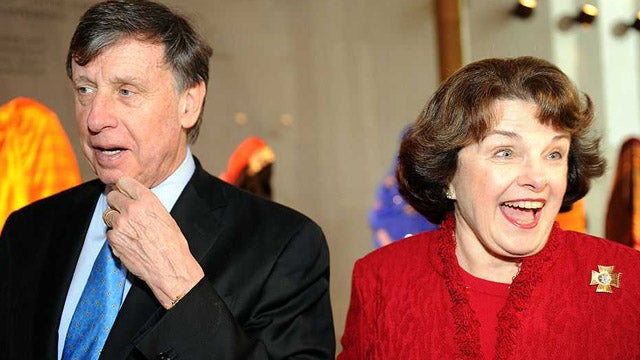 The Wall Street Journal says (stammering), “Bu-bu-bu-but why was she told and Trump wasn’t?”