The Left Wants to Destroy America, Not Improve America

RUSH: Let me grab a quick call from Houston. This is Marshall. You’re first today. I’m really glad you waited. Thank you for that.

CALLER: Rush, thanks for taking my call. It’s an absolute pleasure.

CALLER: Real quick, as you’re talking about the evolution of the election process, or maybe even the elimination of it, do you also…? It reminded me that our gerrymandering process is being called into question during this time also. I’m curious. Do you think that we will evolve or move to more of a demographic-based minimum representation in Congress based on race, color, age, sexual preference, rather than an assumed representation geographically? 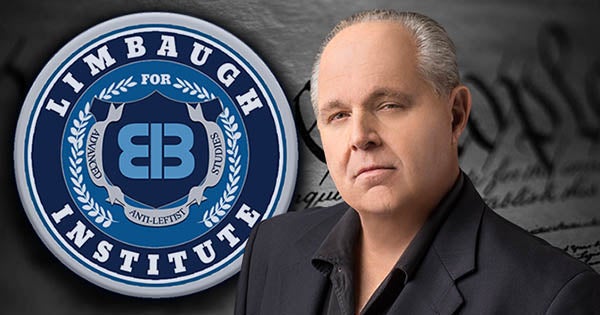 RUSH: Oh, I think we already are, and we have been for a while. I’ll take you back to the first of many Years of the Woman. All that was was a brand-new number of women running for the Senate, and then some of them got elected. We had more women in the Senate than ever, and that year was called the Year of the Woman, and the belief behind it was that only women can accurately, properly represent other women!

It was that the balance of power in the Senate between men and women was unfair. There weren’t nearly enough women in there representing their percentage of population. This has been underway for the longest time, and I don’t doubt that it’s gonna continue this way. Whether the Constitution will be rewritten or amended to change it? That’s a whole another thing. But identity politics is clearly pushing this idea that we cannot unify: It’s impossible; we’re too different, and we can’t bridge gaps.

RUSH: My point about identity politics earlier, it’s actually the ideal way to divide us, because identity politics is expressly devoted to our differences. You add to the reality of our differences that all but one group are a bunch of victimized minorities, then you have recipe for anger and resentment, then you can foster hatred, then you can create bullies and violence, angry mobs. And all of that is happening. But all of this is just the beginning. This is not the end. The left never offers solutions to anything.

So what we have now is, if we’re divided, and we’re divided simply because of the differences — in fact, Teen Vogue. I don’t know how many of you are familiar, if you have kids, with Teen Vogue in the house. But I’m telling you, that magazine is poison in the kind of things it creates in the young readers that absorb it. And one of the — let’s see if you’ve heard of this term. Cisheteropatriarchy. That’s one word. Cisheteropatriarchy. You know what it is?

If you add Christianity to it, then that’s like putting the cherry on the top of the oppressor. And everybody else is a victim. It is from this belief system that you can have books written called The Handmaid’s Tale, for example. I know you people love me mentioning this, but how can anybody — do you know what it is? Women are basically sex slaves. That’s their purpose. I don’t want to get too deeply into this ’cause I don’t want to get distracted.

That if any of these demographic groups are represented by somebody outside their group, then the representation isn’t fair because it can’t possibly be properly sensitive, it can’t be informed. And so we’re in the middle of the country purposefully being divided by virtue of our differences. There’s no hope of unity.

There can be no way people can come together after having been divided on the basis of our legitimate physical differences, unless the whole notion of identity politics is blown up and destroyed. And it would be a great thing if it were. Can you imagine — how many of you have kids that are in middle school, high school, college, and you talk to ’em and they come home and start talking to you in these terms and you don’t understand it.

And you don’t know where they got this, where’d they start believing that this group is oppressive and this group’s a victim, and they start talking about it in terms that you can’t relate to because you don’t look at people that way. You never have. Have you tried to talk ideas or issues with them? You can’t! Because the identity nature of their belief system obscures everything else and obliterates everything else. It defines everything they believe. 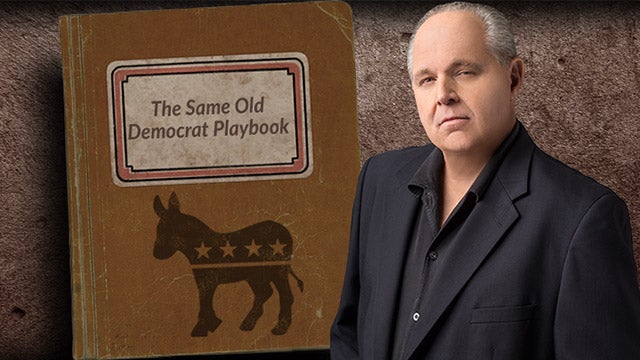 It is being done on purpose, and that purpose is to destroy the essence of the founding of the United States. And it’s creeping, and it’s happening on a daily basis where people — they think things are a phase that young people go through, this identity politics is something they grow out of once they get out of college. Some cases maybe. I’m telling you, it’s pure poison. It’s divisive by virtue of its existence. By virtue of its design.

CALLER: Thank you, Rush. And dittos from an oppressive white male who’s not only a Christian, but a pastor.

CALLER: So I’ve got the cherry on top.

RUSH: Man, you are the cherry.

CALLER: Yeah. Well, hey, they’ve been playing the long game, the liberals have since I’ve been listening to you back in the late eighties —

CALLER: — starting with the schools and media, and we’re always as conservatives playing the short game, like reacting right now. We need to figure out a way to beat this. How do we get in there and beat the long game, is the question, ’cause they’re way ahead.

RUSH: Well, it’s a good question. I get the question now and then from people who get frustrated that we’re never on offense, that it seems like every day, you know, people like you and me, we mind our own business, we go about living our lives, we try to do the right thing as often as we can. We get up every day, and we see things we that believe in, people that we love and trust under assault. And so the natural reaction is to defend things. What do you think the long game is? What do you think the purpose, the objective of this long game is, that the leftists play.

CALLER: Well, to take power and keep it.

They want the power of the state to be able to eliminate things that they don’t like or what have you. So their long game is something you and I can’t relate to. Their long game is stripping people of power and liberty and freedom. Now, you might, some people, “Rush, are you telling me that these purple-haired college kids, that’s what –” No. Folks, they’re tools. They are foot shoulders in all this. They move the chess pieces down, you know, on the board. But, no, they’re tools.

Their minds have been occupied here, brainwashed, propagandized. And of course they think they’re being virtuous and obedient to a greater cause and a greater purpose. They think they’re finding and pursuing utopia. But the people with the grand design of this, the long game is the elimination of freedom.

So hypothetically pretend you agree with me on that. What, then, would you do to equate playing the long game? Wouldn’t it be necessary that we have to wipe them out? In a political sense, we’ve gotta wipe them out. They have to always lose. They have to lose. They cannot continue to acquire power because what they want to do with it is not expand it. They don’t want to expand liberty and freedom. They want to curtail it, and they want to cut it back. They want to punish people that disagree with them.

CALLER: Well, you’re correct that I think that we have to defeat ’em instead of trying to explain ourselves, and I think that’s why Trump has been so popular. 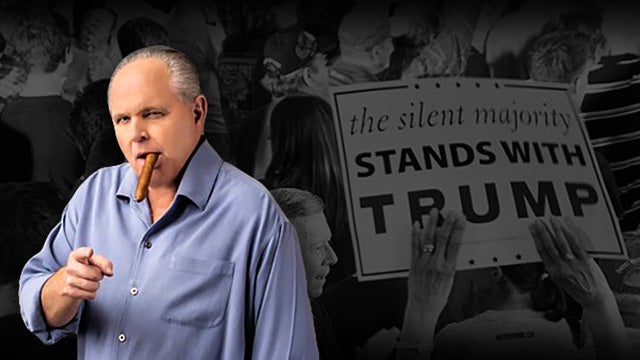 RUSH: That’s true, but we’ve got an even bigger problem than that, because not even everybody listening to me say this agrees with that. They don’t even agree with my assessment. You go to the Republican Party in Washington? They don’t think any of this. The conservative intelligentsia in our so-called conservative media? They don’t think that’s what’s going on here. They think this just the average rebellion of the next young generation and that it’s no different from themselves when they were rebelling in the sixties or seventies, whenever they were young.

And these are just things that we have to tolerate and nod at as the adults we are and understand that these are childlike and childhood out-of-control emotions. Some of them are starting to appreciate that it’s a lot more than that. But you talk about long game? We can’t even unify around the concept that the nation is in a crisis. So all we can do is do our best to expand the number of people properly informed and persuade them, because we’ve seen once that happens, people will be moved to action, such as… 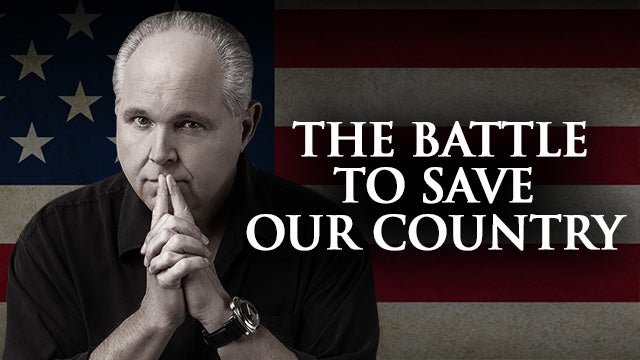 This is why the left and why the Washington establishment is so discombobulated. They get it. They understand it. But it’s gonna take a series of those kinds of things. It’s gonna take those kind of things happening again and again and again, which is why they’re doing everything they can to stop Donald Trump after two years. Our opponents know what even some on our side haven’t figured out yet.