Trump Picks Up My “Pencil Neck” Nickname for Schiff

RUSH: Hey, look at this. Cookie informed me of this today. Grab audio sound bite number 1. This is the first time I ever called Adam Schiff “Pencil Neck.” It was March 15, 2017, right here on this program. 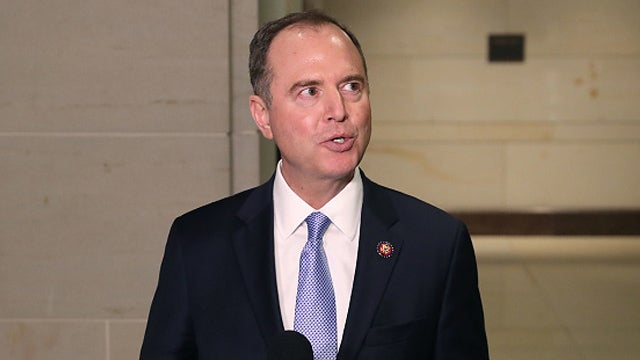 RUSH ARCHIVE: About an hour before the program began today, there was a joint little press conference between Adam Schiff, this Pencil Neck geek, Democratic congressman from California.

RUSH: I now call your attention to this. (shuffling paper) I’m holding it here in my formerly nicotine-stained fingers. It’s a Breitbart story. “Donald Trump’s New Nickname for Adam Schiff Is” dadelut dadelut dadelut “‘Pencil Neck’ — Trump ridiculed Schiff on Wednesday” that would be today “during a meeting with House Republicans at the White House, repeatedly calling him ‘Pencil Neck’ to the assembled Republicans according to Politico,” and then Breitbart says, “The nickname was coined by [El Rushbo] as far back as March 2017, who continues to refer to the intelligence chairman as ‘Pencil Neck.'”

So… You know, when Trump starts having nicknames for people, it’s generally a sign of either deep affection or serious ridicule.