Preet Bharara: It’s Not SDNY’s Job to Get Rid of Trump 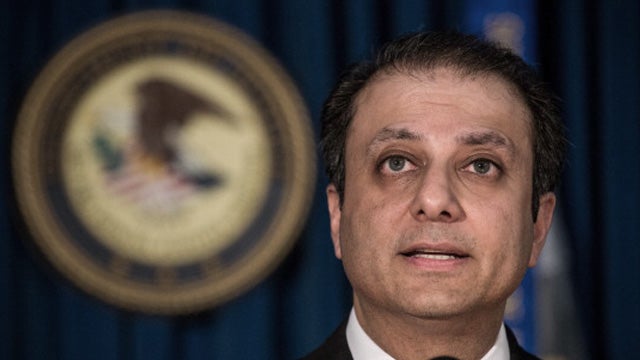 And he said yesterday that it’s not the Southern District’s job to get rid of Donald Trump. “Former U.S. Attorney for the Southern District of New York Preet Bharara advised opponents of President Donald Trump Tuesday not to put their hope into being ‘delivered from him’ by the SDNY. Bharara appeared on Deadline: White House and cautioned the ‘resistance’ to focus on defeating Trump in the 2020 election. Many progressives were already disappointed last month,” that the Mueller report was a bomb.

Then they turned their attention to the SDNY, and now the guy that ran the joint is telling ’em to stop looking there, that we’re not gonna be able to get rid of Trump from the SDNY. He said, “I also want to caution people. Maybe not everyone will love hearing this. Lots of people don’t like the president, think he should not be president, and they want to be delivered from him, and I get that, and I may be one of those people also. It doesn’t mean that you’re going to be delivered from that in some place other than the ballot box. It doesn’t mean you’re going to be delivered from that by Bob Mueller, as good as he is, because his job was not to get the president.”

Really? The hell it wasn’t. And it still is! He went on and said, “The Southern District’s job, the place I used to lead, is not to get the president. Maybe they’ll find evidence of a crime, maybe they’ll think they have something to say in a courtroom, whether it’s about the hush money payments or something else or the Trump Organization, but if people don’t like the direction of the country and they think we’re moving away from the ideals of the country should be about, whether it’s on immigration or decency or rule of law, then they should set their sights,” on the ballot box and not the SDNY. 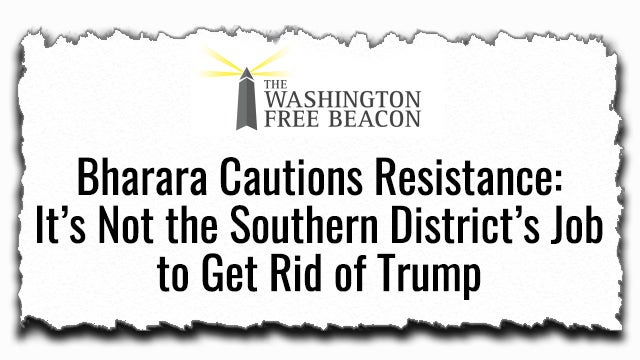 Well, now, this has thrown everybody for a loop because this is the exact opposite of what Preet Bharara was saying. It seemed like Bharara thought it was the SDNY’s job to get rid of Trump, and it seemed like Mueller passed the buck to the SDNY. In fact, you know Comey’s daughter works there? Oh, you didn’t know that?

Comey’s daughter is Maurene Comey. She’s an assistant U.S. attorney in the office of the Southern District New York, U.S. attorney. But Bharara was saying just a few days ago when the Mueller report first came out, he said Donald Trump is not out of legal jeopardy. The Southern District did not have the narrow mission the special counsel had. This was just a few days ago. The Mueller report came out, and that is what Bharara said.