The Five on Rush and Biden 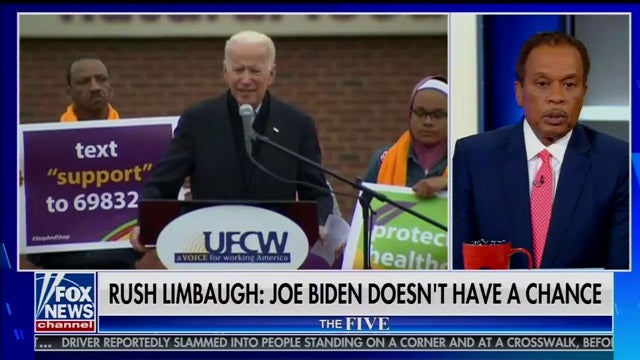 WILLIAMS: The president and Rush Limbaugh seem to say, “Oh, the Democratic Party is so extreme, so far left.” But the reason that Joe Biden is leading in the polls is that there’s so many Democratic voters who like him and seem to be supportive of him as a moderate Democrat.

COMPAGNO: I think because of the name recognition, he has at this point. I do think that — more than polls, I think — the fundraising will be a huge indicator of how actually that voting bloc feels about Biden.

RUSH: Biden’s out there saying he specifically asked Obama not to endorse him, that he didn’t want to cheat, that he didn’t want to give himself an advantage over anybody else, that anybody who wins this nomination has gotta do it on their own. Let me tell you what he knows: The Obama endorsement is largely unhelpful — and, in some cases, has been a kiss of death. Ask Hillary about it. These are the things you’re not supposed to say. Well, let’s go back to the 2016 campaign and let’s start at the Democrat National Convention. There’s Obama. 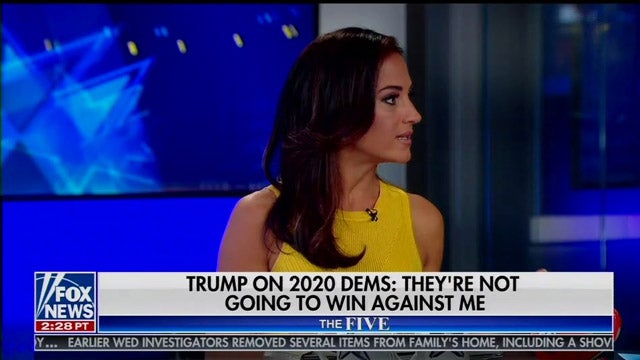 And I knew. I mean, when I saw this, when I heard this, I couldn’t help but comment on it the next day. Obama’s standing up there on the stage, and Bill Clinton and Chelsea Clinton are somewhere out there in the audience, and Obama said (impression), “Bill, now, it may be hard to hear, but you and I are gonna have to admit something: We’re not even in her league, Dude. We’re not even close. She is, without a doubt, the most qualified person ever to run for president.”

Then Obama starts the campaign trail, and he makes it clear that a vote for Hillary is a vote for him. He’s telling audiences that if you want more of him, the only way to do it is to vote for her. If you want the equivalent of a third Obama term, you gotta vote Hillary. What happened? There are a lot of other candidates that Obama endorsed, and it didn’t work. So that may be what Biden knows. The idea that he doesn’t want to cheat or — this is my word for what he’s saying, by the way — that he doesn’t want to give himself unfair advantage. Let’s see him reject any endorsements he gets from newspapers, then, if that happens. Which he won’t. 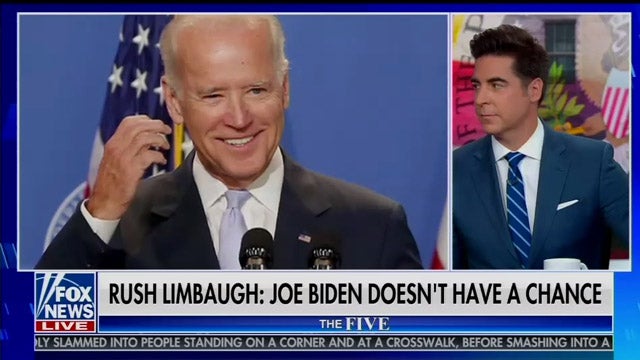 Back to The Five. This is Jesse Watters joining the conversation with Juan Williams.

WILLIAMS: Part of the attractiveness of Biden in terms of Democratic voters is electability. Can you beat Trump? And you heard Rush Limbaugh say, “Well, he’s the best Democrat,” though Limbaugh thinks they don’t have a shot. So the reason that I think Limbaugh says that is Biden has a reputation as like a blue-collar white male, able to talk to people who might have been Obama voters who switched to be Trump voters. What do you think?

WATTERS: From what I’ve seen so far, I just don’t think he has the skills and the stomach actually, ’cause Limbaugh actually had a good point. Does he really want it the way someone really wants it? And I just haven’t seen it from him.

RUSH: Actually, it’s a good point for Jesse Watters to remind me of what I had said. You really do have to want this, because you’ve gotta put up with so much. You have to be indefatigable. You cannot get tired. Ask Hillary about it. You’ve got to be out there, and no matter what time of day or night it is, you’ve got to look like you just got up, just got dressed; you are as fresh as ever. You have to guard against eating all of the junk at all of the fundraisers. It is real, real challenge to be on any campaign, presidential campaign to boot. 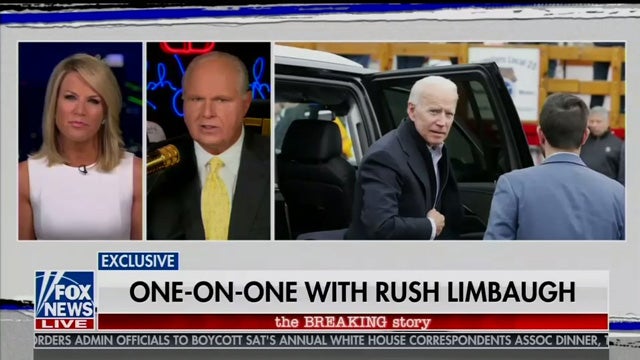 You cannot betray for one moment when the cameras are on that you’re not enjoying it. A grimace, a sigh, a rolling of the eyes can be enough to do you in, and so really you can’t fake it. You have to really want it, and you have to really enjoy almost every aspect of it. That’s largely gonna be the telling point for figuring out who’s gonna last and who isn’t in this race in either party, at any time. One more. Juan Williams and Greg Gutfeld joining in for our final segment from The Five on the Fox News Channel. This is last night, yesterday afternoon.

WILLIAMS: Greg, I don’t understand if it’s the case that Republicans like Limbaugh fear Biden or, in fact, think that he’ll be easy pickings.

GUTFELD: Is it more or does that entire field, minus Biden, feel very small? Physically, like, you get the sense — love Trump or hate Trump or indifference to Trump — he’s larger than life. He’s a walking phenomenon. He’s, like, so overpowering. None of them stand a chance.

RUSH: There you go. That’s, by the way, a very telling point, and it’s one of these perception things. It’s a personality characteristic that you either have or you don’t that when you walk into a room, you take it over. When you walk into a… There are many factors why you take a… Physical size may be one thing. You might look odd. There are a number of reasons people could take over a room when they walk into it. 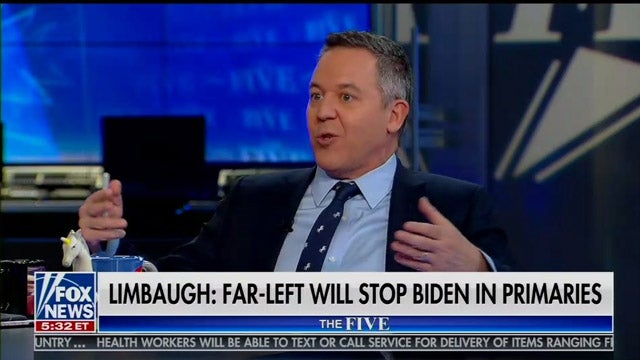 Personality, reputation, accomplishment, all of these things. Both the baggage and the highlights that you bring with yourself. And he’s right. The Democrat list of people, none of them stand out as dynamic. It’s just… It’s a really tough thing. It’s like athletic ability, for the most part. You’re born with it or you don’t have it. You can’t learn charisma. There’s no charisma class, no charisma school. There’s no amount of makeup that can transform you into that — unless you just make a caricature out of yourself.

But then that defeats the whole purpose. That’s the exact opposite of what you’re trying to do, and Gutfeld is right here. Trump is a larger-than-life figure, and largely because of his life, because of what he’s done, because the fact everybody knows what he’s accomplished, and his personality type, and the rest of this field is… They’re just… “They do not have it” is exactly right.