RUSH: I don’t know if you’re familiar with this, if you heard about it. You probably have. One of the cofounders of Facebook, guy named Chris Hughes, no longer with Facebook, had this gigantic piece in the New York Times yesterday that just savaged Mark Zuckerberg and Facebook. 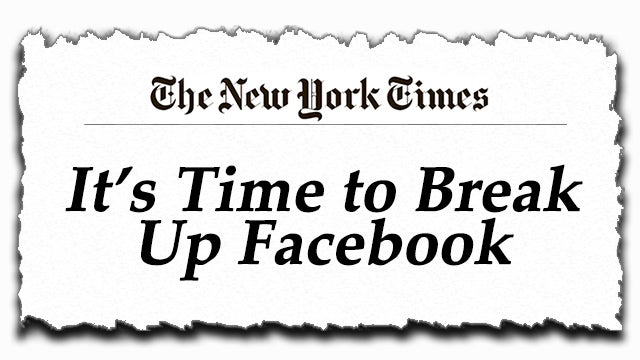 Yeah, he says Zuckerberg’s a fine guy, nice guy, very kind person. Used to be a good friend. Haven’t seen Zuckerberg since 2017. But this is way out of control. Facebook is too big. Facebook needs to be broken up just like AT&T and Standard Oil was. Facebook needs to be broken up, Facebook one division, WhatsApp another division, Instagram another division. Break ’em up, they are a monopoly, nobody can compete with ’em, they need to be regulated, we gotta break ’em up, otherwise Mark’s got too much power. Mark has more power and more influence over politics than anybody who’s ever had, it’s unfair, it’s gotta happen, do it now.

Let me tell you something. Facebook, have you seen their response? See Zuckerberg’s response? No. He wants to be regulated. Chris Hughes may have a point. We do need to be regulated. Come on in and regulate us. Now, why do you think Zuckerberg wants the government to set up some oversight bunch that’s gonna regulate social media?

What do you do as Walmart? You come out and favor the minimum wage going up to a hundred bucks an hour, whatever it is, you’re in favor of it. Why? Because you know Costco can’t afford it. You can. So you can put your competitor out of business by getting in cahoots with the government to raise the minimum wage when everybody thinks, wait a minute, Walmart, private sector, they ought to be opposed to minimum wage. Not if it will run their competitors out of business. 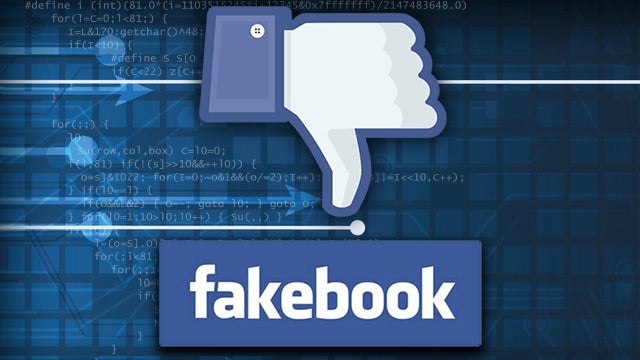 It’s no different. Zuckerberg and Facebook, “Please, regulate us, please, ’cause it’ll make it impossible for startups to get started if the regulation starts from the moment –” you know, Facebook’s already established, regulate the hell out of them all you want, you can’t change anything. Regulation would end the opportunity for any competition. Regulation would guarantee Facebook’s perpetual monopoly status. That’s why they’re for it. And don’t think anything other than that.

No, I’m not saying Chris Hughes is running a scam and is actually hoping and doing Facebook’s dirty work. Not saying that. Not saying he’s in on it. I’m just saying that Facebook welcoming regulation is no different than, in my hypothetical example, Walmart eagerly supporting a minimum wage increase.

If your competitors can’t do business under the new rules, if your competitors can’t do business while being — by regulation, we’re talking about speech, hate speech, government gets to define it. Hate speech, fun speech, political speech, offensive speech, dull speech, dry speech, whatever it is. Facebook’s already established. Nothing’s gonna possibly be done to them. They own it, and by regulating the business, what competitor is gonna want to join that market when you face regulation from the get-go?