Mike Lee Assures Us the Senate Will Defend the President

RUSH: Last night Shannon Bream had as one of her guests Senator Mike Lee from Utah. Here she is setting him up with a question.

BREAM: Here is what Rush Limbaugh says, his take on how you in the Senate should handle it. 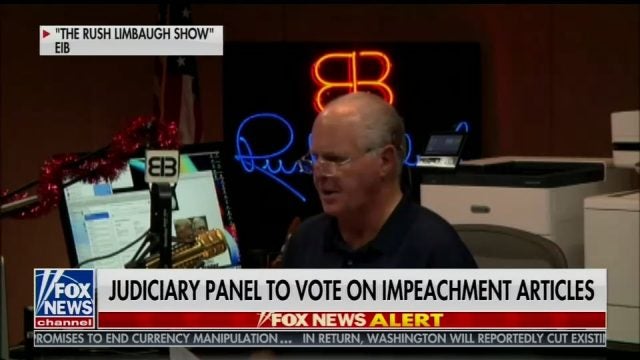 RUSH: I’m sure those of you listening yesterday remember this. You were standing up cheering. ‘Cause it’s exactly right. There’s no reason to be defensive about this at all. I don’t care whether they passed articles of impeachment in the committee today. They’ll have the vote next week. It’s not hard to defend Donald Trump. Don’t ever go on defense. Stay on offense. Characterize this for what it is, as bogus, unjustified, purely political, unwarranted, unmerited and with no evidence. That’s all you gotta do. Call witnesses to make the point if you want to do that. Here’s how Mike Lee reacted to that.

LEE: It’s to not go into this defensively at all, as Rush Limbaugh just suggested. We’re gonna be very much on the offense, and we’re very optimistic about the outcome. Why? Well, because the president is on the side of truth and the law in this circumstance. He didn’t do anything wrong, and the American people are tired of this political manipulation that we’ve been seeing from the Democratic Party. They can’t win elections, and so they’re going after the president instead. The president’s gonna win and he’s gonna win in a big way. 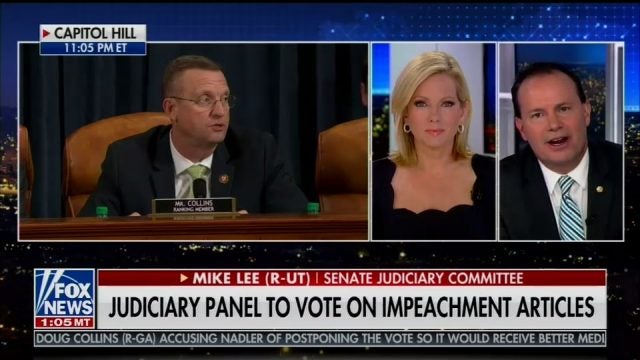 RUSH: Mike Lee assuring us that they’re not going to be defensive at all. We’ll take a brief time-out since it’s Open Line Friday. We’ll get to your phone calls. Hillary Clinton is back now, and Boris Johnson’s a Russian agent, folks. Boris Johnson, who won the U.K. election, he, too, is a Russian agent, according to Hillary Clinton. And other laughable items all waiting for me to talk about.