RUSH: The Drive-By Media today wanted this to be a grave day — very grave, historic and solemn. They wanted people to stop what they were doing and to get very, very serious and solemn, and to understand how desperately needed and important it is to get Donald Trump thrown out of office so as to save the world. But they haven’t pulled it off. They wanted to be the priests! Well, not really because they don’t like God/religion.

But they wanted to be the equivalent of the father-confessor. But they know it’s BS. They know it’s all politics. They know it’s not grave. They know it’s not solemn. They know that you have not fallen into line. Here’s F. Chuck Todd this morning, NBC special coverage. Lester Holt says, “Pause for this moment in time, if you will. Impeachment. It’s a stain, it’s a mark of shame, something that will be noted in history.” 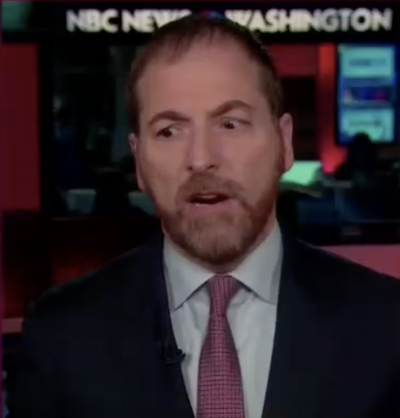 TODD: I was struck both just last night and this morning how unremarkable today has suddenly felt — suddenly feels. And I say that because it is remarkable what’s happening, it is historic what’s happening, and yet it feels like… Let’s be honest, Lester. It feels like we’re coming on the air dealing with a government shutdown threat, not impeachment. And the reason I say it that way is because that is how numb I think our politics is to what we’re facing. I mean, this should be a moment where the whole country is basically having their own gut check, where we are having a national conversation trying to figure this out. The fact that we’re not having it just tells you how numb we are to the politics that we participate in.

RUSH: No, Chuck. No. It’s a testament to how ineffective your coup has been.

In addition to that, the president’s approval number has either held steady or in many polls it has gone up. And, in fact, there’s a story today from one of the Drive-By analysts wringing his hands. He said, “I can’t believe it. There hasn’t been a president in our lifetimes with an approval number that’s been this rock solid ever.” And it is true. Trump’s approval, no matter what poll you look at, has been anywhere from 43 to 45%. Over at Rasmussen he hits 50, 51. Well, they don’t count Rasmussen. It’s an outlier to them in the Drive-By Media.

And the reason it was causing hand wringing is they haven’t moved it. They haven’t moved Trump’s number down. Look, they were able to get George W. Bush down to the 30’s. Now, it took ’em about six years. It didn’t happen overnight. You know, George W. Bush was in the 50’s after 9/11 and then the high 40’s and the mid-40’s and low-40’s and finally in the 30’s. It took a little time and it was a long trend line.

They haven’t even been able to create the downward trend line for Trump. And they’ve thrown everything they’ve got at him, every allegation — treason, stealing an election, colluding with a foreign — I think, you know, Chuck Todd’s worried that this isn’t remarkable. I think the American people are fully aware of how outrageously remarkable their charges have been, and the American people are very clear on the fact they haven’t seen any evidence for any of it, starting with the Mueller report, but even before that. There’s no evidence for anything. These charges are so outrageous and over the top, I don’t think anybody really believed them to begin with in a serious majority sense.

You talk about overreach, and it’s classic overreach, done by people who keep failing. It’s kind of like in the old days, the old comedians, the shock comedians. It used to be in a Victorian era that manners and politeness and no curse words and all that stuff was the rule of the day. And at some point, as culture matured and various generations came along, people went over the line, and they started saying “damn it” instead of “darn it,” and they started saying “hell.”

Then they started saying other things that were a little bit worse than that. And it just kept going. Now on primetime TV you hear common, everyday slang words that just 10 years ago you wouldn’t hear, and nobody says a peep about it. Well, that’s what the Democrats have done. They’ve thrown everything they’ve got, started out, nothing stuck, nothing stuck. They kept adding to it, kept adding to it to the point now that they’re just ridiculous with the things that they’re alleging.

They couldn’t make the first thing stick. These things have no hope of sticking, beyond the Democrat base that will believe whatever they are told about things. Remember the objective has not been the Democrat base. The objective has been to separate Trump voters from Trump. So CNN’s poll comes out yesterday. Seventy-seven percent of Democrats oppose impeachment, down from 90%. Jeffrey Toobin was on CNN this morning (paraphrasing), “I don’t believe it.” He said, “I don’t believe that poll for one second. The 90 to 77%. I don’t believe it. It makes no sense that number would change like that. David, that poll is wrong, just because I said so.” He’s talking to the political director, David Chalian. “That’s not right. Just can’t be.”

Now, David Chalian is the guy that does the poll. He’s the political director. That’s who Toobin is saying, “I don’t believe your poll.” And Chalian, of course, has gotta defend his poll. He said, “Well, I don’t know what’s not to believe. You call people on the phone, you get their information, you pop out a survey. That’s what we’ve polled. That’s what the people we talked to told us.” 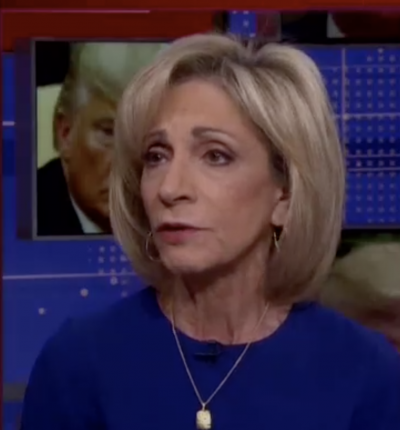 MITCHELL: Nancy Pelosi has been a remarkable figure in all of this. She is completely maligned and dismissed and attacked in this extraordinary letter, this six-page letter that the president obviously had a great hand in writing and was aided with Stephen Miller, one of his most hardline domestic advisers. Nancy Pelosi has been dignified and really straightforward. She understands the politics. They could lose control of the House.

RUSH: (Gasping) Talk about burying the lead. They could lose control of the House. And that’s supposed to tell us how serious Pelosi is, how dire this president and his consequences are, how unacceptable. Why, it’s even worth losing the House over.

No, it isn’t. There isn’t a thing in the world that would make Nancy Pelosi say, “even if it costs me the House I’m gonna do it.” There’s nothing that matters more to her. Now, some of you might disagree with. “Rush, you’ve said it yourself. Their hatred of Trump is irrational. Everything about them with Trump is irrational. It’s entirely possible that Pelosi would indeed throw away House leadership and Democrat control just to get Trump.”

Maybe. But I don’t think that’s what this means. You see, you need to be able to read between the lines. You need to be able to see the stitches on the curveball. And there’s nobody better at that when the Democrats are throwing the pitches than me. And what this sound bite means, she buried the lead. They could lose control of the House. What does that mean?

It means this is bombing out. It means there is no reason to do it. It means they know they do not have anywhere near public support for this. Doing this is gonna cost them the House? That’s the shocking reality, and they’re too far in, they’re too deep, they can’t recall it, they can’t call it back. When Andrea Mitchell, NBC News, Washington, says at the very end of the bite they could lose control of the House, it means they know they have failed. 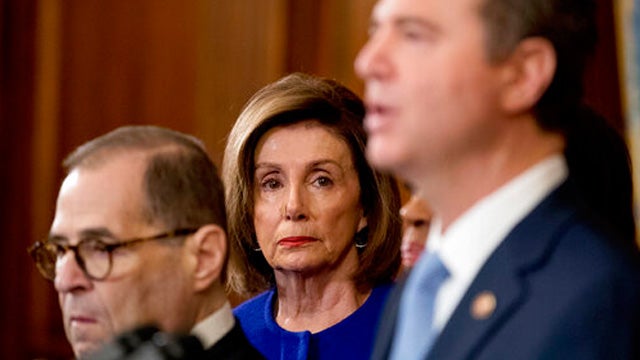 Here’s Doug Schoen, a Clinton pollster back in the nineties, big-time Democrat strategist and analyst on Fox. He was asked by Bill Hemmer today, “How does all this affect the Democrats? What is your sense, Doug, based on the polling or people to whom you have spoken?”

SCHOEN: This is not helping the Democratic Party. When you look at swing states and swing voters, they’ve had it with this impeachment — and, frankly, for voters who really don’t care a lot about the intricacies of the House process, they’re turned off. This is the most partisan process I think we’ve ever seen. I was part of Bill Clinton’s defense team in 1999. There was some sense that this was a bipartisan process even if people disagreed. They’re not gonna win the next election on this Ukraine issue or on impeachment.

RUSH: Right, and they haven’t run on anything else other than “Donald Trump sucks.” Now, meanwhile, there’s the record Donald Trump has amassed and the Republicans — and the story Donald Trump has to tell about the total reversal of economic circumstances in this country alone — and they don’t have a counter, because they haven’t even been on that field. They have been on one playing field, and they’ve been on it alone, and that field is the “hate Trump” field.