The Liberation of Donald John Trump

In fact, the reaction to this probably has more boredom attached to it than the reaction to your average news story during the day, during the busy broadcast week. And the media know it, folks. I understand their psychology. I’ve been studying them my whole life. And they believed from the get-go that they were going to bring public opinion to their side. They are that arrogant, and they are that cocky. They are that certain that the media being on their side would result in a massive wave of public opinion supporting them.

It’s going the other way. They are feeling a gigantic letdown. This is not happening anywhere near the way that they dreamed about it, that they planned it. It’s going the other. And they are now openly lamenting the fact it just seems unremarkable. There doesn’t seem anything unique or special about this. And the reason is quite simple. They don’t have public opinion.

When you’ve got public opinion on your side for anything, it’s unmistakable. You can look out across the country and you can know it, you can feel it, you can sense it. They don’t have it. They haven’t had it since they first began this. And when did they begin this? They began this before Trump was inaugurated. They began talking about impeaching Trump a couple of days after the election. I want to take you back to me on this program January 23rd, 2017. It’s a couple days after Trump was inaugurated. 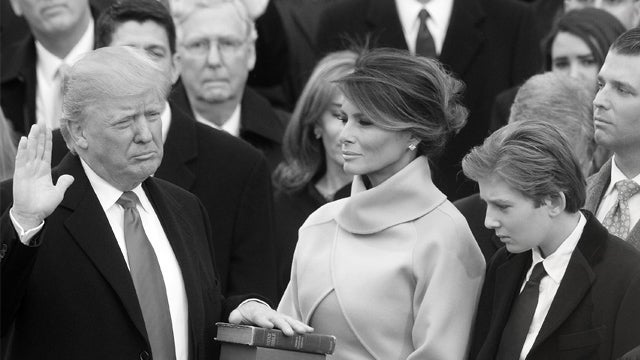 RUSH ARCHIVE: The entire Washington establishment is opposed to him. The media is trying to undermine him. The Democrat Party’s trying to undermine him as they set up what will no doubt be impeachment proceedings when they think it’s time to do it. That will happen. Trump has nothing but the people that voted for him, and if the media can soften some of their verve — if the media can succeed in separating some Trump supporters from him — then their theory is he will be weakened even further and exposed even more as fraudulently and illegitimately elected and illegitimately serving.

This election is not over. This election is not cemented. It is not validated. It isn’t real, because Trump is illegitimate, and the only thing Trump has — and it’s important. It’s the most important thing. The only thing he’s got are his supporters. And therefore his supporters have got to stay as energetic and as front and center and as supportive as they were during the campaign. … It is really important that the people that voted for him maintain their support and be publicly willing to demonstrate it.

RUSH: Imagine that, folks, two days after the election, two days. Did I call it or did I call it? And a lot of other people have. And not only have Trump supporters stood by his side, they have expanded in number, and particularly in the past two weeks. The polling data for the Democrats’ impeachment move is going south. They are losing ground, and they know it, and they can’t — I’m not exaggerating here. They really find themselves in a circumstance that they don’t believe.

They are so certain of their ability to shape public opinion. Look at the weapons they’ve got. They have a totally slavish media which in many cases is running their operation for them. They have local media. They have no opposition, they have nobody opposing him, nobody stopping him except one man, Donald Trump. And Donald Trump single-handedly — of course he’s got his army of supporters, and they’re right in there, and it’s relevant. He’s got some media people helping him out as well.

They simply have been hit with things that they don’t have any experience with. They have been hit with behavior by Trump they have no reservoir of experience to call on. They don’t know how to deal with it. These are not people that deal with adversity, folks. The media doesn’t give them any adversity. The media never challenges them. They never have to explain what they’re doing. They never get called out on any of the scandal or controversy they engage in. And if they ever do get called out on some minor things, it’s swept under the rug and thrown aside as though it never happened in the first place.

Donald Trump represents a form of adversity that they literally have no experience in dealing with. And it’s obvious that they don’t know how to deal with it. And that frustrates them. They already think Trump is barely above the level of scum on the life chart. They can’t believe that somebody barely above the level of scum is outsmarting them, outstrategizing them, outenergizing them, outlasting them. And it’s now all starting to show.

Pelosi and some of the women were wearing black. Have you seen that? They’re wearing black to signify what a horrible day. They’re wearing black because this is the beginning of their funeral. I said yesterday that they’re in the process of digging their grave. Today the grave gets dug deep to handle a whole lot of Democrat political carcasses and bodies that are gonna end up in this grave once we get to the election aftermath in November. Can I give you an example of how deranged they are? 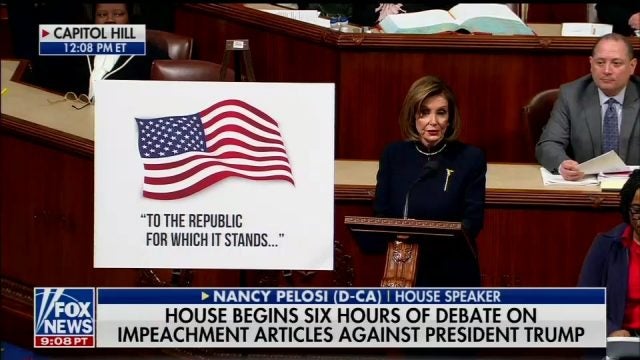 It all looks the same. Everything the Democrats do looks the same, it sounds the same, and none of it has worked in terms of the objective. The objective has been to separate Trump supporters from Trump. The objective has been to gin up public opinion opposed to Trump in favor of impeachment. They have failed. I’m gonna tell you what they haven’t calculated. There’s one thing they haven’t calculated, ladies and gentlemen. That is, after today…

You know, the Republicans, by the way, are trying to delay the proceedings in the House because everybody knows that at some point today, we’re gonna get to vote on the articles, and the House is gonna… And the media’s having orgasms today, and the media’s having orgasms over nothing. The American people are not wired into this. The American people are not setting viewing records watching this.

The American people are slowly but surely tuning out of it because there’s nothing here. There’s no substance, and there’s no evidence, and there’s no outrage, and there isn’t anything that compels viewing. What they’re doing is boring people because it’s the recitation of nothing over and over and over again. So the Republicans are trying to delay this so the actual vote on the articles happens at like 1:30 or 2 a.m. tomorrow. I don’t know if they’re gonna succeed, but that’s one of the objectives.

Pelosi just went out there in black with her hand over her heart trying to act like this is so painful. (laughing) Don’t fall for it. Here’s the thing they haven’t figured on. After this is done, you know what is possible? It is possible that Donald John Trump is going to feel liberated like he hasn’t felt his entire term? I mean, after this, what else can they do? After this, they will have thrown everything they’ve got — and he’s still going to be there. This may backfire on them in ways they are not even calculating yet.

All Schumer and the Democrats can do is blowhard, pass gas — verbal gas. They can’t do anything, folks. They don’t have the power to call any witnesses. I’ll get into that in more detail as the program unfolds. Don’t make the mistake of thinking that because Schumer goes to the microphones and the media amplifies what Schumer says. Once it gets to the Senate, Schumer has nothing to say about anything in terms of the finality of it, because Chuck Schumer is gonna be bitten by something he’s done before.

He has… When he was in the Senate majority with Dingy Harry, they wrote rules in the Senate that took even more power away from the minority, which Chuck You Schumer now is in the minority. He’s gonna be hoisted on his own petard, as you would say. But seriously, after this, why should Trump cooperate with ’em on anything? And yet they did. They cooperated with Trump yesterday on a budget bill, all kinds of new defense spending.

They always assume their targets are gonna be depressed and in need of Prozac. They’re used to the fact that their targets usually quit and give up, start talking about cooperation, reaching across the aisle. In other words, they’re used to RINOs. They are used to compliant Never Trumpers who will do anything to get along with the people they think run the town. Donald Trump doesn’t care about any of that. Trump himself has a rally tonight in Battle Creek at about same time these clowns are voting on impeachment. 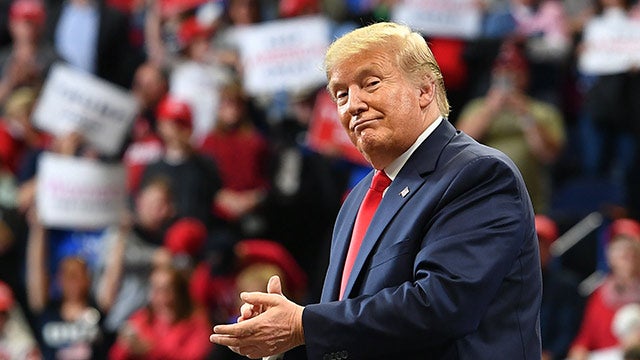 Which do you think is gonna be the more entertaining and compelling to watch? Believe me, folks, the Drive-By Media and the Democrats, they know it; they sense it. There just isn’t any public clamor for this. There isn’t any public fascination with it. There isn’t any massive public interest. People are not taking the day off to watch this historic day because in most people’s opinion, this is not an historic day. The Democrats and the media have tried to build it up as something so historic that it’s worth a day off.