Hakeem Jeffries: Do It for McCain! Do It for Ukraine!

RUSH: The House managers are in the process of closing arguments, two hours each side. The president’s lawyers get their two hours. The lunch break’s gonna be over in a couple, three minutes. Anyway, here’s Hakeem Jeffries from mere moments ago, closing arguments. It’s about 40 seconds. The best way to sum this up: “Do it for McCain! Do it for Ukraine!” Listen to this. 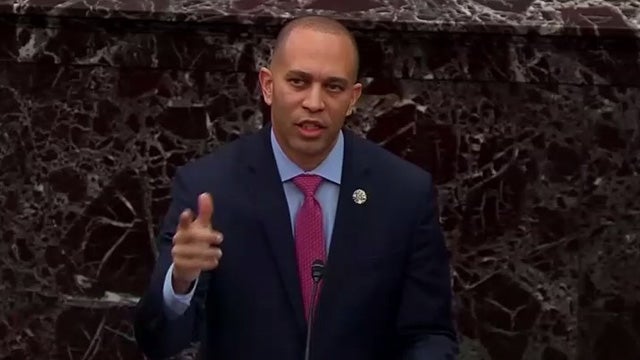 JEFFRIES: The late senator, John McCain, was an astounding man —

JEFFRIES: — a man of great principle —

JEFFRIES: — fought admirably in Vietnam and was imprisoned as a POW for over five years.

JEFFRIES: As you all are aware, Senator McCain was a great supporter of Ukraine —

JEFFRIES: — a great supporter of Europe —

JEFFRIES: — a great supporter of our troops.

JEFFRIES: Senator McCain understood the importance of this body.

JEFFRIES: The Ukrainians and the Europeans and the Americans around the world and here at home are watching what we do.

RUSH: That’s it? You gotta convict Trump because of McCain and Ukraine? That’s the best they got? I thought they had a slam-dunk case. I thought they didn’t need witnesses because they proved their case over and over again. Now we gotta go back and remind these guys in the Senate that John McCain used to be there, and we gotta do what McCain would want? “Yes, that’s exactly right. McCain would want this. 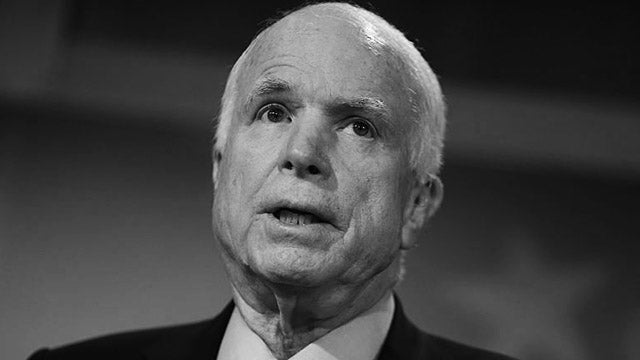 “McCain would want this — for Ukraine too.” It doesn’t sound like they have a whole lot of faith in their case. Andrea Mitchell, NBC News, Washington, says that she is very aware that the Democrats are very concerned that they’re gonna lose some votes to acquit, meaning there will be some Democrats who are gonna vote to acquit. No kidding! We also predicted that before all of this began.