American Media Today: Democrat Activists Talking to Each Other

RUSH: Snerdley came in bringing his little Stack of Stuff for me today. And CNN had an interview going on. I hope I’m able to relate this to you ’cause many of you are gonna think, “What’s the point of this?” And this is why I am here. You watching this, you would never notice what happened, you would never notice what it is unless I, somebody like me, a student of this stuff, can tell you.

CNN’s infobabe was conducting an interview with the senior vice president of Amazon. The senior vice president of Amazon has apparently written an op-ed defending Amazon against charges being made against it by the Democrat presidential candidates. I don’t even know what the specific charges the Democrat candidates have made against Amazon, but I can guess because Amazon’s a corporation and Democrats and leftists hate corporations and so the criticism is probably they don’t pay enough, they don’t have enough health care, they don’t have enough family leave, don’t have enough family dog leave, whatever it is.

Well, guess who the senior vice president for Amazon is? Does the name Jay Carney ring a bell? Jay Carney, when this program started back in 1988, Jay Carney was working at TIME magazine. Well, I think he was at TIME, yeah, and he was a reporter for TIME, and he worked his way up and became a columnist and then a something or other. 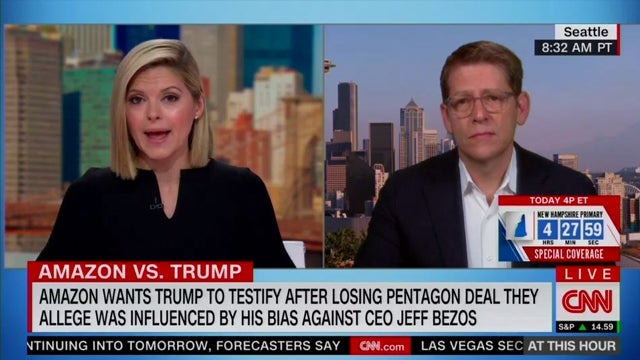 And then he became the spokesman for Biden during the Obama administration. And then he did so well speaking for Biden, who didn’t need a spokesman because who cared, he moved over to the Obama White House. Now, all these people in the media know Jay Carney because he’s one of them. He is a Drive-By. By the way, he’s been very nice to me. Do not misinterpret me. 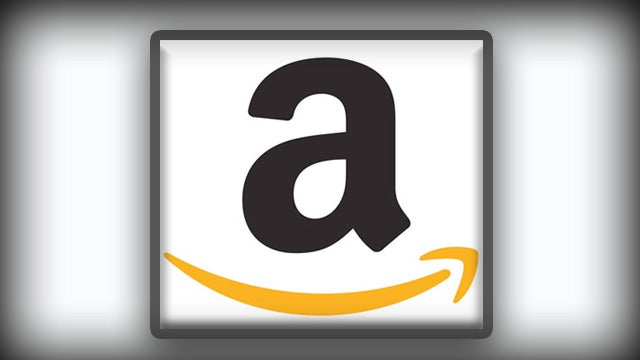 The American media is its own closeted little subgroup in Washington, D.C., that then branches out and populates various other industries. And in this way, it’s a not-so-subtle form of bias. But it’s not even bias. It is the essence of out of touch. It is the essence of absolutely no connection with real people and an audience. They are literally talking to each other. It’s all inside baseball.

But the problem is that the average viewer has no idea of this. They think they’re literally watching people — one is media and one is not media and the one who is not media is really being grilled and really being hit hard with these questions. It wasn’t that way at all. In fact, when the interview was over, the CNN infobabe probably said, “Hey, Jay, can you get me a job at Amazon? Do they pay well over there? I’m probably maxed out here at CNN.” I mean, I’m just guessing. I don’t know that that happened so don’t tell anybody that I actually made that allegation.

This is itself a microcosm today of the Democrat Party. It’s a microcosm today of the American left, how insulated they are, how out of touch they are. They don’t have a chance. Now, I can’t say that. Everybody has a chance. Anything can happen. But as currently constructed and as the field currently exists, there’s nobody on that side of the aisle that has the ability to reach out beyond itself and make a connection with people outside itself. And it’s a very tight group. The Democrats and the media are one group, and everywhere journalists work when taking respite from media jobs is — But it’s just a very closeted, almost incestuous existence. And they consider themselves the elites. They’re smarter, they’re better, they’re brighter than everybody else.

And, meanwhile, outside their little cocoon and universe where they tell each other how important they are, how smart they are, and how relevant they are, here’s this guy that they haven’t been able to figure out or understand, Donald Trump, and he literally is running rings around them.

It had to be more than just that Amazon’s a gigantic billionaire corporation and they hate things like that. And I found out what it is. Fauxcahontas said that she wants to break up Amazon. “It’s just too big, and it’s not good.” Even though the CEO is one of them.

But the funny thing is this. I still have a cough if I laugh too much. A number of Democrats — I don’t know why this amuses me. A number of Democrats have attacked Amazon. Amazon has the biggest Web server farm in the world, Amazon Web services. And they rent space on their servers, lease space to the federal government, including ICE. And the leftists are livid at Amazon because ICE has leased server space on Amazon Web Services. They hate Amazon because they’re helping ICE, law enforcement.