I Can’t Express My Gratitude for Your Prayers

RUSH: Let me start with an attempt – I still have the remnants of the flu, but everything is fine, folks. I need to find a way beyond what I’ve already done to express my heartfelt gratitude and thanks and appreciation for the outpouring that continues to come in from people. I can’t respond to all of it. I’m starting to feel guilty about it. Because so many people are sending me — people that I haven’t heard from in I don’t know how long and finding a way to reach me, finding a way to get through to me and I’m reading these notes, and it’s so voluminous, I can’t respond to it all. I try, but I lose ground so quickly.

And then I start feeling guilty that I don’t respond because people are taking — some of these notes that you’re sending, most of them are so heartfelt, they are so intimately detailed. It’s because of that I can’t tell you how much it means to me. I can’t. I wish I knew how. I’m thinking there are more prayers for me in this country than can be counted, than can be tabulated. And I just am confident as heck that they matter, that they’re effective. So please accept this as an ongoing and never-ending thank-you to everybody.

And please be confident that more than likely I’ll see what you send me, even if I don’t have a chance to respond to it all. And one little housekeeping thing. I have not been openly clear about the procedure that I have opted for. And because of my numerous absences over the past three weeks, a lot of people have assumed things, and I want to try to fix that too. 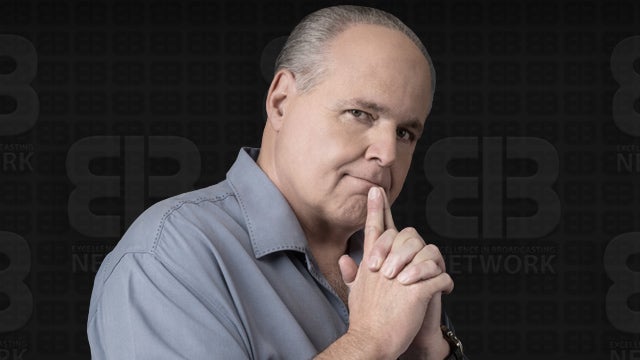 It’s no big deal. And I’m not gonna get intimately detailed because, as this Mayor Pete thing shows, the Drive-By Media just refuses to get it right about me. In fact, they purposely distort, they knee-jerk react and accuse me of saying things and doing things I haven’t said or done. So I’m not gonna get into any detail because, A, it’s nobody’s business; B, it would ignite all kinds of untold investigations.

The only thing I can tell you is I haven’t yet begun treatment. Now, the reason I haven’t begun treatment is that the kind of treatment I have chosen requires me to be an ox everywhere else in my body. And so I have been undergoing for the past month or three weeks, whatever the length of time is, interrupted by the flu and interrupted by a necessary medical procedure, I have been undergoing tests to determine my physical strength throughout the rest of my body in order to be able to withstand what they’re gonna throw at me.

No, it is not dog worm medicine. I actually had somebody suggest that, but that’s not what it is. I think I’m gonna be cleared for it. It’s kind of, well, “frustrating” is the wrong word, but as I’ve undergone these medical exams — and these have been rigorous, exhausting medical exams and tests — I have found that I am the picture of health everywhere else in my glorious and lovely body, which is a good thing because those reservoirs and reserves apparently will — maybe. I mean, the side effects and so forth are not known until you actually begin.

But it’s state-of-the-art. It is nothing that I am missing by not talking to every expert in the world. I’ve been anticipating this, I’ve have had a team of doctors assembled for quite a while. And so this course of action, if the battery of tests that were completed last week come in with flying colors today, then the treatment will start this week.

The only reason I’m telling you this is because people continue to ask, “So how you reacting? Is the treatment working?” It hasn’t even started yet, folks. There have been a number of things — it would have if I hadn’t had the flu for a week. You gotta stop everything while that happened. And then I needed a related surgical, medical procedure, which also delayed by a week the ongoing testing and the necessary discoveries to see if I can withstand it, my body can withstand what they’re gonna throw at this.

I feel very confident about it. And I’d love to give you the details. It’s just that some things have to remain private, and if I wold divulge details these clowns in the media would get hold of it and totally distort it on purpose. And those of you who had not heard me explain it would get a completely distorted view, no doubt, about what I had said. It’s really fascinating. You cannot — somebody like me, most conservatives in the media cannot rely on anybody else to report what they have said, what we have said accurately and honestly.

RUSH: By the way, just a little housekeeping I forgot to mention: On our home page at RushLimbaugh.com, we have started a section called Special Notes for Rush. It’s just a gateway for anybody who doesn’t have any other way of reaching us to send a quick note if you are so inclined. I’m not asking for them. I’m making it available to you if you wish. I love hearing from you. Don’t misunderstand. It’s called Special Notes for Rush on the Web page. We check ’em frequently.