Trump Pushes Back Against Sotomayor and Ginsburg

RUSH: The next question he got, “You tweeted about Justice Sotomayor saying that she and Justice Ruth ‘Buzzi’ Ginsburg should recuse themselves from future cases dealing with your administration. What’s the basis for your opinion on that?” 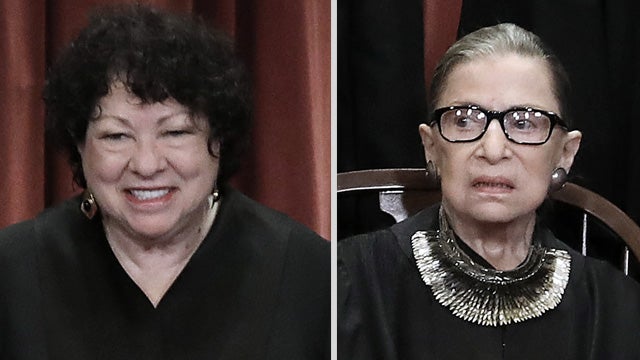 THE PRESIDENT: I just don’t know how they cannot recuse themselves for anything having to do with Trump or Trump related. The right thing to do is that, now as a Supreme Court Justice is a different standard. But, at the same time, I think it’s a higher standard in a certain sense. So they’ll have to decide what to do. It’s almost, what she’s trying to do is take the people that do feel a different way and get them to vote the way that she would like them to vote. I just thought it was so inappropriate.

RUSH: It is. And the details of what this is about coming up in due course on the program. Remember, what we do here is make the complex understandable.