RUSH: Oh, by the way, a reminder, folks, day number two, the Rush Limbaugh app for Apple TV is now available. It was in beta testing for a month. We released it yesterday. And it’s for the Dittocam. It’s Dittocam only. It’s not the entire website, but it is the Dittocam and archives of all Dittocam programs on your primary television screen via Apple TV. 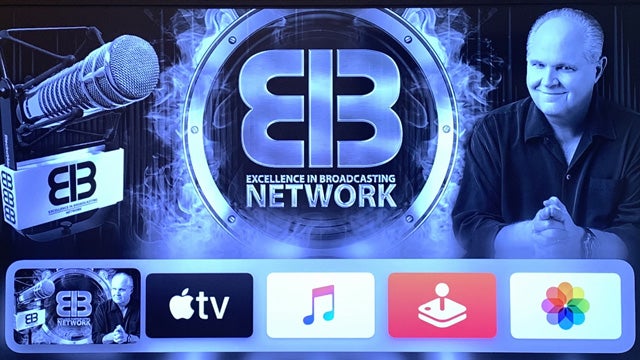 And it’s a free app, but there is an in-app purchase, which means that, if you are a subscriber to RushLimbaugh.com, just enter your log-in credentials and you’ll be ready to go for all the archived data. If you’re not, that’s what the in-app purchase means, it gives you a chance to become a member. You don’t have to by any means. There is a little bit of content that’s available free, on the free side of the app. But I just wanted to let you know that it’s up and running now.

And we made the charts, the top-10 most-searched apps on Apple TV at one point last night. (interruption) No, I wasn’t checking ’cause I knew that was gonna happen. Koko told me. Koko was monitoring it. I have staff for that. And sure as anything the staff came through with a report, got a screenshot of it. I save these things for archaeology history. 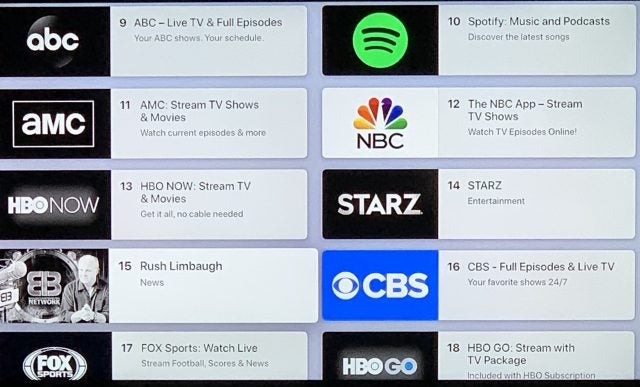 I want to, before getting back to the panic on the Democrat side, ’cause it takes all kinds of time to do that… And Trump has just left India, Air Force One got wheels up about 12:24 our time. India is 10 and a half hours ahead of us. Not 10. They add 30 minutes. So when it’s 10 a.m. here, it is 12:30 in the morning in India, for example. And Trump left I think 10:24 India time so actually a couple hours ago.

RUSH: I just got a text from my brother. “Hey, I’m glad you reminded me about the Apple TV app. I forgot to download it yesterday. I just did. It looks cool. It looks really cool.” 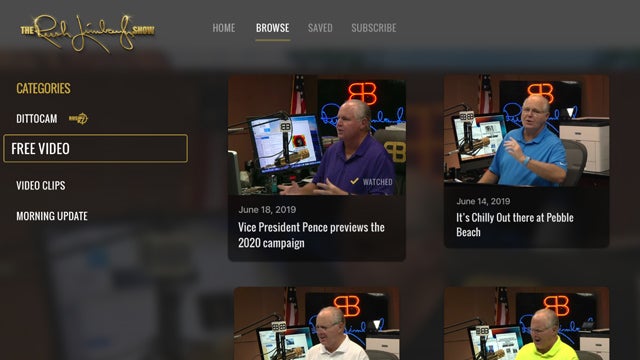 I know. To see me on your giant 65-inch plasma or your flat screen? It has gotta be incomparable.