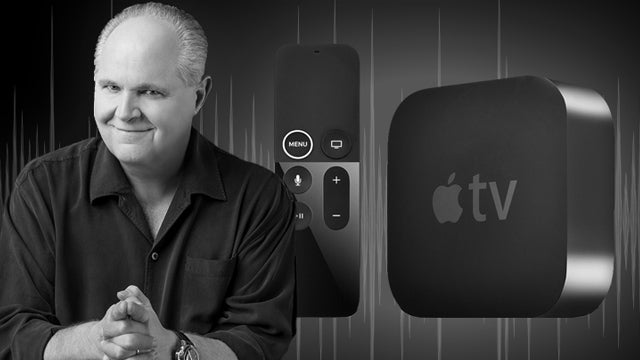 That’s not the whole website. It’s just the Dittocam. There’s a free section of it. There are certain videos, certain Dittocam videos that are free, not current day. If you are already a subscriber at RushLimbaugh.com, all you have to do is sign into it. If you’re not a member, there is an in-app purchase, you can become a member. It’s totally up to you. This might be a day that you might want to look into it. You might at least, if you have an Apple TV, you might want to go to the app store at Apple TV. It’s a free download. You don’t have to pay anything for the in-app purchase, it’s totally up to you.

RUSH: Dana Bash this morning on CNN talking about Vice President Pence and the Trump administration’s handling of the coronavirus situation.

BASH: The vice president is going to a previously scheduled fundraiser in Florida. Now, the vice president’s office, uh, insists he can do both, that he will also be leading a task force this afternoon, that he also will be heavily involved —

BASH: — and that there is a balance between being in charge of this crisis and not making it look like there should be extra panic, but we all remember what has happened in recent history with, uhh, presidents and politicians who have kind of gone about their business, and it’s come back to bite them. 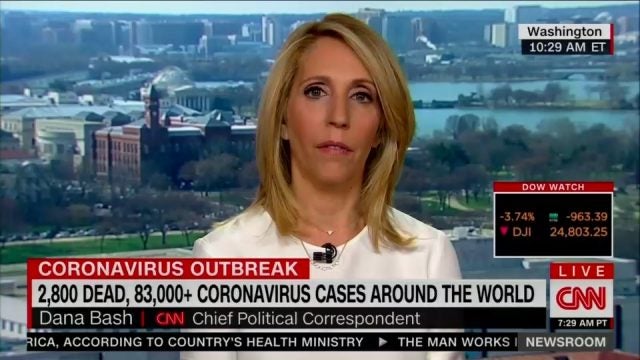 RUSH: Well, I wonder what he could be doing later today? At CNN, they are trying to tell you that Pence cannot walk and chew gum at the same time, that he can’t go to a fundraiser — whatever fundraiser is in Florida. He can’t go to that and run the task force at the same time. Because we all know (whispers) Republican presidents who have been caught up trying to do this in the past. They bring up George W. Bush on 9/11. He’s down in Florida and he’s reading books about ducks to 4-year-olds. Kindergarten or whatever.

Somebody comes in and whispers into his ear that the World Trade Center has been attacked. He has to act like nothing happened. Button it up, zip it up, and get out of there. Later in the day, Peter Jennings, ABC’s World News Tonight, says (summarized), “You know, some presidents are good at this and some aren’t,” and then he said, “Bill Clinton was a master.” So this is what they are talking about, that Mike Pence can’t do a fundraiser and run a task force at the same time. What did she say? “We all remember what has happened in recent history with presidents and politicians who have gone about their business and it’s come back to bite them.”

I wonder what he could be doing.

As I say, folks, it might be a great day to go to the Apple TV app store and download the new Rush Limbaugh app. Don’t search for “Rush” because there are a bunch of apps with the Rush name. Search for “Rush Limbaugh.” It is the only thing that will pop up. It’s free. Download it. It’s an in-app purchase. It’s totally up to you.