RUSH: Kathy somewhere in Ohio, you are a nurse at a children’s hospital, right?

RUSH: Okay. Tell me your story. (humming the Jeopardy! theme)

CALLER: First, I just want to say how it’s such an honor to talk to you, and my husband and I are praying for you all the time.

RUSH: Well, thank you, because I believe they work, and I really appreciate it. Thank you so much.

CALLER: I do too. I’m a firm believer in prayer for sure.

CALLER: Yes. But I am a nurse. I’ve been a nurse for 42 years and I actually still work at the bedside, unlike most of the people my age. And I do work in a children’s hospital in a pediatric ICU. Well, my daughter as well as my son both had children that are in the same day care. And the day care workers… It’s a home day care, and the day care provider and the assistants that she has all came down with the COVID virus. My daughter got it, my daughter-in-law got it — and I think, actually, my granddaughter had it as well. And I was around my daughter. My granddaughter, she stayed the night. We were in close contact (crosstalk).

RUSH: Okay, hang on — let me — let me — ’cause I need to make sure the audience gets this. You’re a nurse at a children’s hospital.

RUSH: Relatives of yours, a number of them around whom you are in close proximity, came down with COVID-19?

RUSH: You’re thinking the hospital will not want you anywhere near the hospital since that happened. You’re probably gonna have to quarantine; right?

CALLER: That’s exactly right. Plus, I had had some mild symptoms. We’ve had some weird weather, weather changes, this and that.

RUSH: Except the hospital didn’t do that. They wanted you to keep coming in, right?

CALLER: That’s correct. So what they told me was… I called “the hub,” I got the test, I was negative. And then the nurse I spoke with from the hub said, over the phone — it was like one of those virtual visits where you look… It’s like a FaceTime video thing, and she said, “Yes, you… You still can’t leave your house.” This was about a month ago, okay, that this happened.

She said, “You can’t leave your house. We don’t want you leaving your house unless it’s for medical reasons. You still need to be quarantined for the 14 days. I don’t want you going to work, and I’m gonna email you a note for your employer so that you don’t have to work,” and she went through all this stuff. But then she missed the little flag on my chart saying I was an employee.

So, I said, “Okay. That’s good. I’ll need to have the letter because I need to give it to my manager. I work in the pedes ICU.” She said, “Oh. Are you…? Oh, so you’re a team member?” and I said, “Yeah,” and then she said, “(snickers) Well, this is gonna sound kind of funny, but we actually are gonna have you come to work. You just need to self-monitor.” 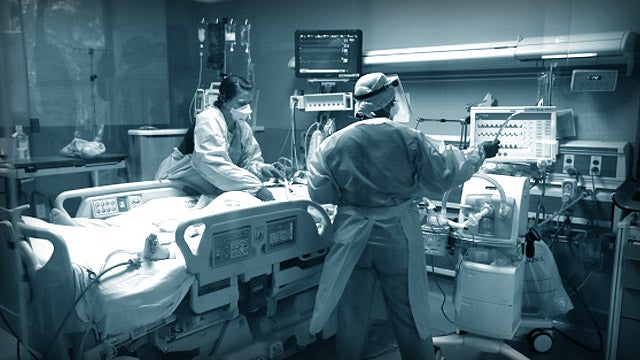 RUSH: All right. That’s it. That’s the payoff. So they originally were gonna have you quarantine and then they found out, “Oh, my gosh. She’s a nurse in the ICU.” And they said, “We need you.”

CALLER: Yeah. (chuckles) She said, “Yes. We’ll just have you monitor your symptoms. If you develop any further symptoms or if you start a fever, but, yeah, we still need you to come to work.”

RUSH: Look, I don’t mean to be rude, but I’ve got limited time here, and I’ve got a point I want to make. I want to pull all this together. So, she’s a nurse at a children’s hospital. Close family members of hers tested positive and had COVID-19. She tested negative. Policy normally would be she is quarantined at home, two weeks, can’t risk it.

Then, for some reason, they find out that she’s a nurse — a very crucially needed nurse — and they say, “Never mind. You know what? Go ahead and come in,” even though under normal circumstances, they would be quarantined for two weeks, and she was gonna point out, this is political. They’re obviously not concerned about this. If they’re concerned…

“I’ve been surrounded by COVID-19 people. I don’t have it yet, but who knows?” and she was gonna make the point that this is more political than it is medical, and it’s exactly right. It is exactly right. So they wanted her, a nurse for 40 years, to continue to come in when they found out that she was fulfilling an important function in the hospital as a nurse.

Folks, it’s no different… Of course, this is political, because everything in our country is that the left has touched. If the left has anything to do with it — climate change, COVID-19, whatever — I guarantee you it’s been politicized. Let me give you another example: The White House Thursday night acceptance speech by Donald Trump at the Republican convention.

During his speech and the immediate aftermath, here comes the media bellyaching and whining and moaning that nobody was wearing a mask; there wasn’t any social distancing. They accused Trump of conducting a superspreader event outdoors. (impression) “Yep. Donald Trump. No compassion, see? Donald Trump doesn’t care!

“Donald Trump, all he cares about is whether he’s got it or not, and he doesn’t, so he doesn’t care.” So they rip Trump and they rip the people that attended Trump’s acceptance speech as knowingly participating in a superspreader event. By the way, there’s no way an outdoor event can be a superspreader. I don’t think there’s one on record. But what happened?

The speech ends, and those same people engaging in very uncompassionate behavior are then accosted and attacked, and some are physically intimidated and threatened as they’re leaving the White House. Nobody’s concerned about whether or not the protesters, the attackers, Black Lives Matter, Antifa, do they have COVID-19?

They weren’t social distancing, they weren’t wearing masks, and there wasn’t one complaint about it — and you know why?

Because protesting Donald Trump and protesting Donald Trump supporters is worth getting COVID-19. It’s a sign of how much people are devoted to the cause. And there are countless other examples where people engage in protest activity against Trump without wearing masks, without proper social distancing, without doing any of the guidelines that we are all told we must follow, and there is not a syllable of criticism for those people.

Same thing with our nurse here in Ohio.