RUSH: Now, Jill Biden. You know, she’s the wife of Plugs. Jill Biden says that voting will make the pandemic go away. And when I saw this, I thought, this is a satire, this is a spoof. The Biden campaign wouldn’t be this serious. They wouldn’t blow their cover like this. I checked it out, and it’s real. It’s on the Democrat Twitter feed. It was put up about 2 o’clock yesterday afternoon.

“Dr. Jill Biden, wife of Democratic presidential nominee Joe Biden, has claimed that voting will make ‘this pandemic go away.'” 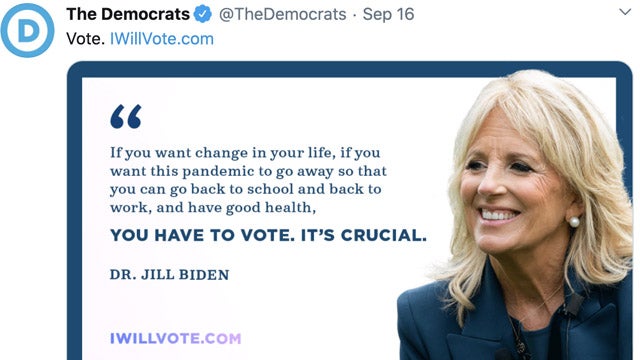 Now, obviously that can’t be true. Voting is not how it’s gonna go away. But the censors on Twitter have allowed what she said here to stand. It hasn’t been taken down. Now, you talk about… I don’t know the language here. I don’t do Twitter, and so I don’t know what happens when they take you down or don’t take you down, and what the language for it is. But they’ve left this up. The Twitter censors have allowed her message to stay up there.

Meanwhile, you know, Trump will put up a tweet that’s nothing but funny and they’ll tear it down, claiming it’s misrepresenting, misleading, or that it’s factually incorrect. Here’s what her tweet says: “If you want change in your life, if you want this pandemic to go away so that you can go back to school and back to work, and have good health, you have to vote. It’s crucial.” 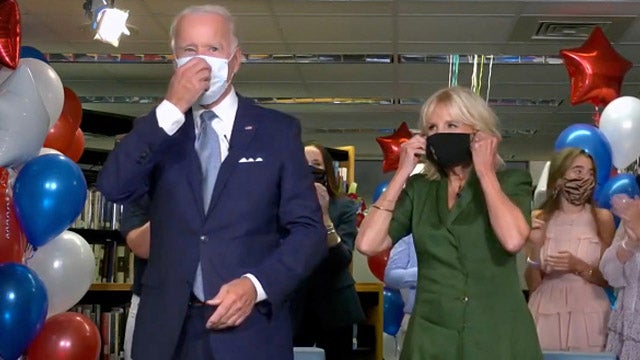 Now, come on. Everybody and their uncle knows that the very act of people going out and voting is gonna have nothing to do with the pandemic one way or the other. And yet Twitter leaves this up. The wife of the nominee says voting will make the pandemic go away. It’s another way of saying that after the election the pandemic isn’t gonna be any big deal. And there are people who have said that. There are a lot of people who think that come November 4th, that all of this interest in the pandemic is just gonna evaporate, especially if Biden wins.

If Biden wins, then what pandemic? There won’t be any news about a pandemic. There won’t be any news about anything bad except that news which can be tied to Trump. But if something was ever clearly incorrect and irresponsible, it’s this. You have to vote. It’s crucial. If you want this pandemic to go away so that you can go back to school and back to work, you have to vote.

Now, my friends, you and I both know that the act of voting will have literally nothing to do with the status of the pandemic or of the virus. So what is Jill Biden actually saying? You know, remember Operation Chaos? Operation Chaos so, so bothered the Democrats, they made a move on about it. The Ides of March or the ides of something. You know what Operation Chaos was? This was 2008. The Republicans had chosen McCain and the Republican primary fight was over, nomination fight was over, no drama in it. It was over in March or April. Maybe even sooner.

And my suggestion was that they vote for Hillary just to keep the race going on. It looked like Obama was gonna win in a slam dunk, and we didn’t want that to happen too soon. There wouldn’t be anything to talk about, no drama. Operation Chaos might have actually worked in a couple of states. And Hillary Clinton was running around telling me, “You better be careful what you wish for, Rush. I mean, you may succeed here. I may end up getting the nomination, which is something you don’t want.”

And I said, “Well, at this stage I don’t care who gets it. I just don’t want it to end yet.” And it didn’t. And it went on all the way until June. And they had to involve the superdelegates. So I’ve been thinking, here we are 47 days away, 46, whatever the number is from the 2020 election. And it’s not that I want to recreate Operation Chaos just for doing it. But I’ve been looking at various ways to do a second version of it because it’s necessary. And I’m toying with a couple things. And I’m on the verge — not today — but I just want you to know I’m on the verge of announcing what I think it’s gonna be. I haven’t got a name for it yet. But it is gonna involve every one of you doing something. 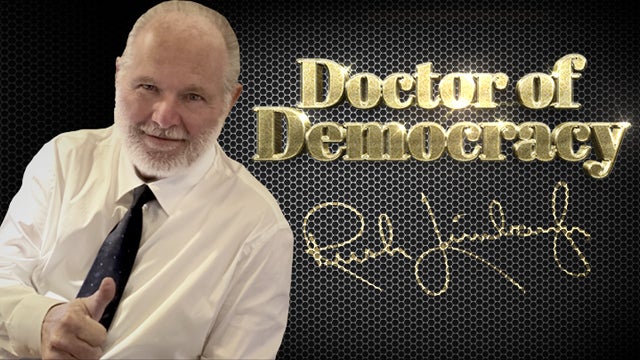 It isn’t gonna require you, because who can do that? But I’m gonna ask each and every one of you to do something that could be simple or it may be very hard. It depends on the people you know. Now, it will be compared by the Democrats on the left who are gonna be very upset about this if I ever announce it, they’ll be very upset about it, they’re gonna accuse me of trying to revamp and reignite and relive Operation Chaos.

But it will not be that. It will have a specific objective. And the objective will have nothing to do with the objective of Operation Chaos. The Operation Chaos objective was to prolong the Democrat fight by making sure that Obama didn’t win it in April or March, that it would go on and on, hopefully until the convention. And we almost pulled that off. We almost got there.