Gov. DeWine Gets Booed on Masks at Trump Rally

RUSH: Now, there’s an interesting thing that happened. Trump had a rally in Ohio yesterday, and both the lieutenant governor and the governor were really razzed by the crowd last night. It’s over masks. Mike DeWine. And his health official has now resigned. DeWine and Lieutenant Governor Jon Husted have both tried to make the case for wearing masks, keeping people scared and wearing masks. And Trump was kind of caught short. I mean, he introduced them and thought they would be applauded overwhelmingly. And they were not. They were booed. 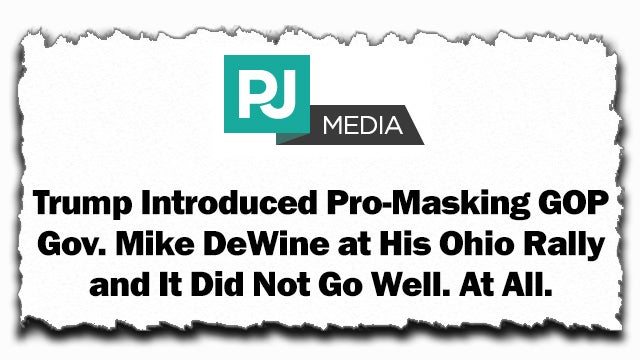 And there’s a story about this at PJ Media by Paula Bolyard: “Trump Introduced Pro-Masking GOP Gov. Mike DeWine at His Ohio Rally and It Did Not Go Well,” is the headline. One of the pull quotes, “The strange thing about this whole episode is how everyone seems to have been caught off-guard –Trump seemed unaware of how unpopular DeWine is with his base, and Husted, somehow, thought making light of the forced masking would be well received. Are they relying on that June poll declaring DeWine’s popularity in the state–a poll that only surveyed 1,139 self-identified registered voters and was conducted before DeWine’s draconian masking order went into effect?

“If that’s the case, they’re missing the seething rage Trump supporters in Ohio have been directing at DeWine for months on end — rage that boiled over on Monday. It’s rare to see Trump being tone-deaf when it comes to his base, but it appears that’s exactly what happened at the Dayton rally. It’ll be interesting to see if Trump remains aligned with DeWine… in the final weeks of the presidential campaign.”

We’ve got audio. We don’t have audio of DeWine being booed, but we do have audio of the Lieutenant Governor Jon Husted being booed. It was in Vandalia, Ohio, outside Dayton, Trump rally, and here is how it sounded.

HUSTED: But if you go into a grocery store where you gotta wear one, all right? 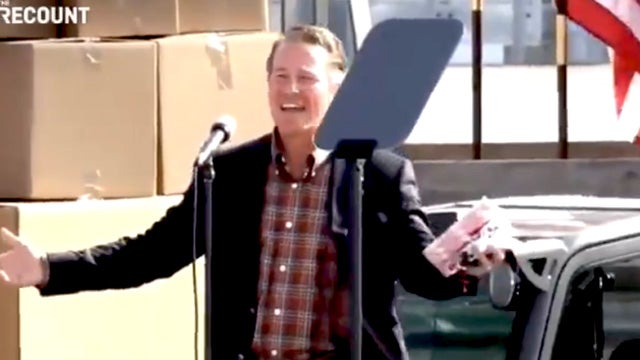 HUSTED: Hang on. Hang on. Just listen up.

HUSTED: Just listen up. All right, I get it. But if somebody tells you to take it off, you can at least say that you’re trying to save the country by wearing one of President Donald Trump’s masks, all right? All right.

RUSH: The guy shows up, lieutenant governor, he’s trying to get them to wear Trump masks. The Trump crowd was not having it. They didn’t want to wear masks, and it wasn’t just Husted that got booed. The governor, Mike DeWine got booed as well, and the story here — it’s friendly media, PJ Media. And they’re just astounded that Trump was unaware of how his own base has been reacting to DeWine and the mandatory masking that they’ve attempted to instill in the state of Ohio.