RUSH: I opened the program suggesting that what the Biden presidency really is is nothing more than the third term of the Obama presidency, that he is a front man for Obama. And mere moments ago, as Joe Biden blew through the record of presidents signing executive orders after they’ve been inaugurated (he set a record for the number that have been signed), Joe Biden admitted that he is simply reestablishing the Obama administration.

BIDEN: It’s been a busy week, and, uhh, I’ve signed executive orders tackling COVID-19, economic and climate crises as well as advancing racial equity. But today I’m about to sign two executive orders — basically, the best way to describe them — to undo the damage Trump has done. (dramatic pause) There’s nothing new that we’re doing here other than restoring the Affordable Care Act and the restoring the Medicaid to the way it was before Trump became president.

RUSH: “There’s nothing new that we’re doing here other than restoring the Affordable Care Act and the restoring the Medicaid to the way it was before Trump became president.” “We’re [simply] undo[ing] the damage Trump has done.” So we’re putting the Obama administration back in and as though it was never stopped. Pretty soon… 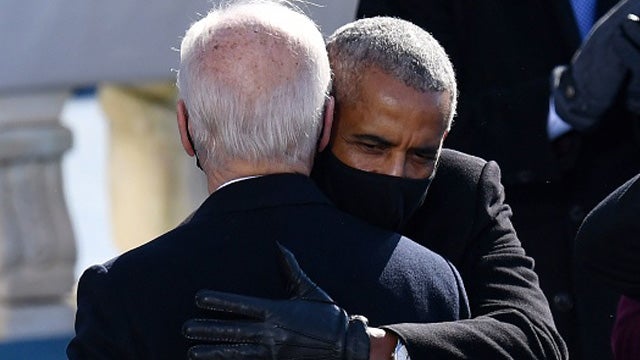 Let me tell you what’s gonna happen. Pretty soon, Obama is going to learn that there’s nothing more Biden can do for him. How long’s it gonna take Biden to reimplement the Obama Regime? And once that’s done, then the Biden usefulness will maybe (ahem) reach its max. We shall see.

RUSH: Our old buddy Victor Davis Hanson has a piece published today at Townhall.com entitled, “The ‘After Trump’ Era Begins.” I just want to share with you some pull quotes. Mr. Hanson is especially brilliant in predicting and tapping into the makeup and direction of the American culture as dictated by the American political climate at any given time.

And he points out hypocrisy as well as anybody. He finds it, points it out as well as anybody I’ve ever seen. So let me give you just a few of his observations here because he’s right on the money, and it is all part of what here is an ongoing effort to continue to inform people and educate them about what we’re up against. Pull quote number 1: ” Speaking of Amazon, it is opposing mail-in ballots for its own employees voting on whether to unionize a warehouse in Alabama.” 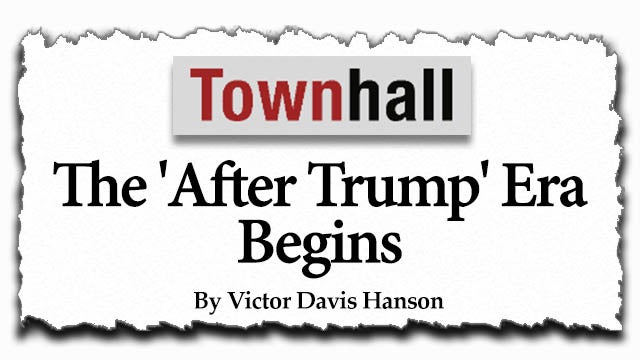 “Amazon CEO Jeff Bezos also owns the Washington Post, which ridiculed those who were concerned about massive mail-in voting in the 2020 election. … In our brave new world, we will hear no more retired military officers weighing in on the ‘fascism’ of the commander in chief,” like we did with Donald Trump. This is an area, by the way, I happen to know Victor, and this bugs him as much as I think anything does, the behavior of military people and their wanton disregard to the Constitution and their wanton disregard of military ethics.

Yeah, he says, “we will hear no more retired military officers weighing in on the ‘fascism’ of the commander in chief.” Yet Biden’s unity agenda actually is fascism. I better take the time to explain this. So I’m gonna put this on the agenda. ‘Cause when they talk about unity, they’re being totally honest, but they don’t mean it like you think. They don’t mean unity where everybody agrees. They mean unity where they are accepted as the majority. You accept them or else. It is the unity of fascism.

Anyway, Mr. Hanson says that no longer will we hear military generals, retired military officers “compare the recurring violence of antifa or Black Lives Matter to that of Islamic terrorists.” Nope. “None will compare Biden, who dismissed antifa as a mere ‘idea,’ to Mussolini or the Nazis,” as they did Trump. “Any retired officer who smears the president, we will be reminded, would violate the Uniform Code of Military Justice,” and he’s gonna be flogged for it.

“The media, Silicon Valley, Wall Street, Hollywood, top retired military brass, corporate America, universities and professional sports are all recalibrating the truth for our Year One,” which began on January 20th. “In about a month, they will have it down. And soon, we won’t even be able to tell the old reality from the new.”