TODD: He just signed it. Biden was ushered into a room, and they quickly had him sign this monstrosity, this $1.9 trillion spending spree, and handing out of walking-around money to Democrat friends and monies for the big school unions who refuse — many of them refuse — to open. That won’t be given to them this year. It will start next year.

It has nothing to do with the covid flu, and yet the mockingbird media continues to say it’s a covid relief bill. They continue just… All the average American knows who doesn’t listen to this program is, “Oh, it’s 1400 bucks.” Well, there’s something else in this, and in a second we’re going to once again have a demonstration of why Rush’s wisdom is enduring, and what did he say he knew like the back of his formerly nicotine-stained hands? 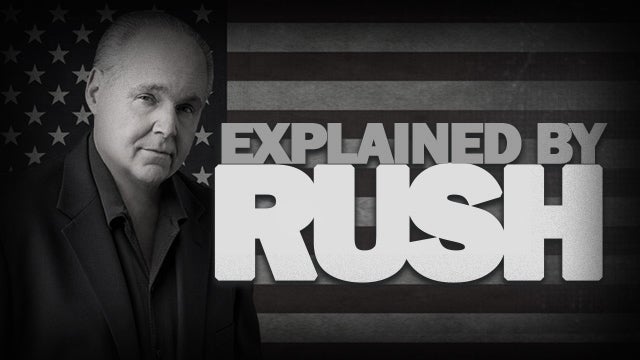 What did he say? The Liberals. Lindsey Graham, who occasionally is very right on things, said that the so-called covid-19 stimulus package is reparations, and what he says is, “Let me give you an example of something that really bothers me.” This is Lindsey Graham I’m quoting. “In this bill, if you’re a farmer, your loan can be forgiven up to 120% of your loan.” Oh. So the money that you borrowed plus, what, a tip?

Back to Lindsey Graham. “[I]f you’re socially disadvantaged, if you’re African American, some other minority. But if you’re [a] white person, if you’re a white woman, no forgiveness. That’s reparations. What does that have to do with covid?” Lindsey Graham asked. Well, it’s also racism. This is a racist bill. Joe Biden is a racist.

He doesn’t know he’s a racist because he’s also suffering from cognitive decline. But this is a racist bill. The White House is racist. Joe Biden and everybody who voted for this are racists. I guarantee if Donald Trump… Do I need to complete the sentence? I don’t. Instead, I want you to listen to this. Rush Limbaugh talked about this, about “back-door reparations.” Listen right here as Rush addresses that now.

RUSH: “The House of Representatives passed landmark legislation Tuesday to pay for some $4.6 billion in settlements with American Indians and black farmers who say they faced discrimination and mistreatment from the government.” What’s new? “Lawmakers voted 256-152 to send the measure to President Barack Obama, whose [regime] brokered the settlements over the past year.

“The package would award some $3.4 billion to American Indians over claims they were cheated out of royalties overseen by the Interior Department for resources like oil, gas and timber. Another $1.2 billion” with a B (none of this money we have, by the way) “would go to African-Americans who claim they were unfairly denied loans and other assistance from the Agriculture Department.

“The settlements have broad bipartisan support but had stalled on Capitol Hill over costs until the Senate broke a stalemate this month.” You know, speaking of bipartisan, just to illustrate the phoniness of Obama on this, if Obama really wants to be bipartisan, then why not press for some of things for which there’s actual bipartisan support, like extending the Bush tax cuts for everybody?

I’m sorry, “tax rates” for everybody. I mean, that’s got Republican and Democrat support. Why not find a way to fund the extension of unemployment benefits in accordance with paygo, which Republicans and even some Democrats want, i.e., pay for it! Cut something else in the budget or take the money from unspent TARP or Porkulus funds. I mean, there are plenty of opportunities here for real bipartisanship. 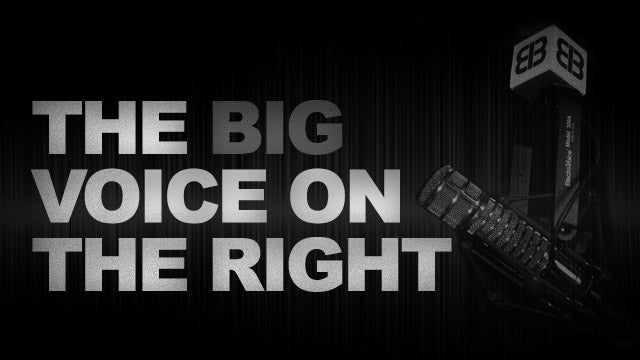 That’s not what he’s interested in at all, and this just makes the point. But now back to this business of the House passing “landmark legislation Tuesday to pay for some $4.6 billion in settlements with American Indians and black farmers who say they faced discrimination.” Here are some interesting numbers. There are 18,000 black farmers alive in America, yet 84,000 African-Americans applied for money under the Pigford settlement (which is what this is called).

So there are 18,000 black farmers but 84,000 African-Americans applied for free money, Obama money, under this bill. Now, something doesn’t add up. All 84,000 got the money but there are only 18,000 farmers. This was a settlement for discrimination against black farmers. Yet 84,000 African-Americans got some money — and the something not right here leads all the way to the Obama Oval Orifice.

If this did not involve African-Americans, this could become the number-one political story of next year because this is corruption right out in front of everybody’s eyes. The left is celebrating today the fact that it found a creative way to pass reparations. That’s what this is. Reparations.

You know, I have used the term “reparations” previously to describe other Democrat legislation, and the left just goes bonkers over it. They can’t deal with it, and the reason is for some reason it hits too close to home. What else would you call this? Eighteen thousand black farmers alive and 84,000 black people getting free money from the Obama stash under this settlement, under Pigford. It just doesn’t add up.

TODD: Nor does 120% forgiveness of a loan — 120%! Well, if you are what Lindsey Graham said, “socially disadvantaged” or African-American. If you’re white, white woman, white man, out of luck. Enduring wisdom that still applies today.