BRETT: Tim next up. Tim, welcome to the program. What’s on your mind, sir?

CALLER: Hey! I’ve waited quite a while, but it was worth it.

CALLER: I’d like to pay my tribute to Rush in heaven and his legacy. He is a man for the ages, for everything. When I first heard him in California, I thought he was a nut.

CALLER: But then I started listening, and I believe he knew what he was talking about forever. Anyway, my grandmother used to talk to me about certain things, and we call that “mother wit,” and mother wit today is common sense.

CALLER: Common sense. We are losing common sense. The American people, there is none here on the road, on the phone, or whatever. We have lost common sense. That’s what the Republican Party is all about, common sense, making this thing work in accordance with the Constitution and the Declaration of Independence. Your previous caller alluded to some of the things that we’ve been through as a nation. 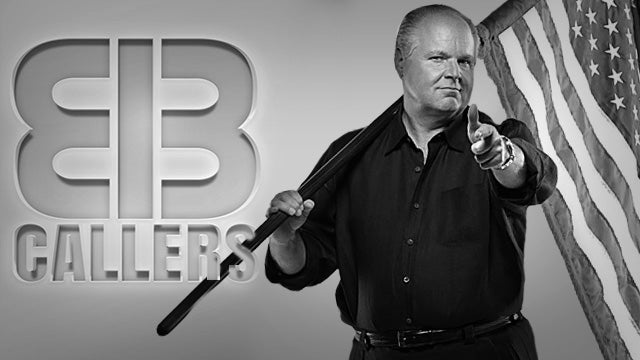 CALLER: And we are still going to go through it, but we’re going the wrong way at this time. So common sense. And if you want to halt reading Thomas Paine’s pamphlet during the Civil War — not the Civil War, the Revolutionary War.

CALLER: — is going on in the United States today. So I’ll turn it over to you and let you make comments on that.

BRETT: Thank you for calling, Tim, and I know it says here on the board that you’re a retired African-American military officer, and I appreciate your service to this country and I appreciate your salute to Rush. If there was one thing that Rush was excellent at spreading, it was the notion of common sense. The notion of, “Okay, if this thing looks too good to be true, if this thing feels like they’re trying to snow you about this or about that,” he was direct and straight to the point about it.

He wasn’t gonna gussy it up. He wasn’t gonna do anything of that sort of stuff. It was about getting to what it meant to defend America, to defend our ideals, to defend our values. And believe it or not, those values are shade across the spectrum. They really had. I think that’s why earlier this the program we were playing the segment the beginning of the hour about the notion of pushback, standing up, asserting what it is you believe and saying it and being bold and proud to say it.

I think that’s the critical lesson. But you are right. The notion that you lose common sense, that is the thing that keeps you on the straight and narrow and doesn’t allow you to buy into some of the nonsense and the hype that many others are gonna try to push on you — and so I appreciate you calling, sir, and I appreciate your service.