What a Difference a Year Makes — and Rush Warned Us About Every Bit of It!

BRETT: It is a pleasure to be here on this beautiful Monday. And so much happening out there. We’re looking back where we were a year ago, and what a difference a year makes. Covid, immigration swarms at the border now — and, of course, Andrew Cuomo under siege in the Empire State. We will be covering all of this and checking in with just how incredibly accurate Rush was in his predictions, in his analysis. See, timeless analysis is timeless.

It’s an incredible thing when you really dive into that and you look and you hear the parameters and the elements of Rush’s analysis, and it doesn’t change over time. Remember these progressives, those folks on the left are always going to regress to the mean. I don’t mean “mean” as in mean behavior, but they will regress back to who they are, and who they are is Big Government types that have an answer for every problem that ails you.

And that answer is always more money, more control, less liberty. So we now know that the covid-19 package is being disbursed. The covid-19 package is going out. Stimulus checks are hitting the bank accounts. A lot of Republicans appeared on the weekend talk shows, the chat shows to explain why there was no Republican support of the bill.

You know, it’s funny because covid-19 we all know was predicated on the virus, the covid-19 virus and a lot of you noted that among the Republican conference in the Senate, the medical professions, the doctors are all Republicans. Roger Marshall from Kansas, Bill Cassidy from Louisiana, of course Rand Paul from Kentucky, and John Barrasso who made his way onto the weekend shows. This Week with George Stephanopoulos found Wyoming Senator John Barrasso calling the covid-19 relief bill “false advertising” and Nancy Pelosi’s “payoff to the liberal left.” He also made the point this was just the beginning. 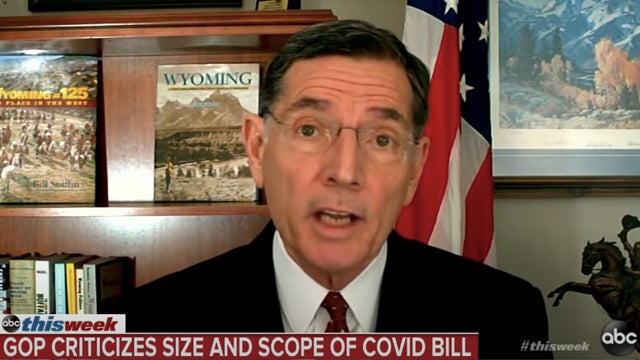 BARRASSO: Republicans want to make sure people get shots in the arms, kids get back to school, people get back to work but we will not stand with the Democrats as they try to exploit a crisis to send lots of money to big cities and blue states and to rally failed pension plans. This is not supposed to be a bailout. It’s supposed to be about helping get the disease behind us.

This coronavirus relief bill was not supposed to be about $1400 checks to illegal immigrants or $1400 checks to felons who are behind bars. It wasn’t supposed to be about block grants to sanctuary cities or money to schools that continue to stay closed, but that’s just the tip of the iceberg of the problems with this bill. The bill is going to come due for this, and ultimately — as you just heard no answer today to you — taxes are gonna be next on the Democrats’ agenda.

RUSH: The politicians, they’re passing personalities. They come and go. The American traditions and institutions that made the country great need to survive. Now, these politicians doing this today know full well that the potential negative destructive impacts of this are going to happen long after most of them are out of office, and it’s going to be somebody else’s problem. 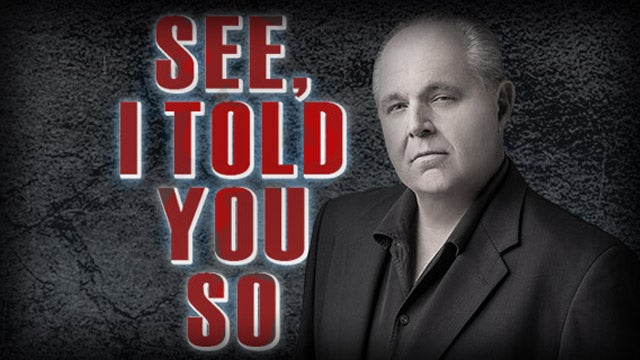 What’s going to happen is that somewhere down the road, your kids, grandkids, whatever, when they mature — when they get older and they understand the tax rate they’re going to be paying to pay for all this — at some point, they’re not going to put up with it. The question is, will it be too late?

A never-ending, no-end-in-sight-to-it, constantly growing welfare state is going to put one of the greatest pressures on the existence of this country. The distinct American culture is impugned today, laughed at, rugged individualism, self-reliance, you start talking about those things, and the libs will come running for you.

People don’t want to be called that so they shirk into the shadows, and they shut themselves up. That’s the distinct American culture that is being aimed at with all this. So we conservatives have been right all along. The welfare state, never ending and growing is going to put the greatest stress and pressure on the aspects of the distinct American culture that have defined this country for over 200 years. Not too late, by the way, to fix this. Don’t become fatalistic about it. Not too late. But the battle will always be raging, because there will always be liberals who want a bigger welfare state. Never going to be won.

BRETT: Think about what it is we’re watching play out: $1.9 trillion in this covid package; 9% of it goes to covid, 91% of it goes to other stuff. We know that this looks awfully like a flirtation, a test run with universal basic income, checks that go out on an ongoing basis, and you certainly can consider that, right? You could consider that as a political possibility if you were gonna float some crazy notion for a sustained welfare state.

But when you combine what’s happening at the southern border with the explosion of individuals — of people coming across the border, unchecked and unfettered — you cannot point to a single instance or an example in world history, in economic history that says here’s a welfare state combined with open borders so that the entirety of the world can come in.

How are they held to account? Here’s President Biden, Chuck Schumer, Kamala Harris and Speaker Pelosi. What do they do? They offer you up a huge bailout. You have cities and jurisdiction and states that were running surpluses. The facts were in. I heard Todd talk about this last week. The facts are in. There are places that didn’t take a big hit on tax revenues because of covid-19, and yet we have to make them whole. We have to backfill them.

There’s no backfill. There’s a surplus.

We’re giving them federal dollars that create a surplus. Andrew Cuomo’s New York state is a great example of that. And poi, what a difference a year makes. Here a year ago was Governor Andrew Cuomo, the hero, the counter on “the resistance” to President Trump, standing bravely each day for four and six hours holding press availabilities and talking about how we were gonna get through this and how it was gonna get fixed and how all of that was going to happen.

And then we found out that not one, not two, not three, not four, not five, not six, but seven-plus — seven-plus — staffers and other women who have had the unfortunate experience of spending time with Andrew Cuomo either in the executive mansion or in Albany more broadly or in the press corps covering them, and we find out that these are people who have been harassed and potentially assaulted.

We know the police department in Albany is aware of a case that they’re looking into. Now, on the Sunday shows this weekend, the subject of Cuomo and the aggrievement came up. On Face the Nation, comrade New York City mayor Bill de Blasio actually went on and called for Cuomo to resign. 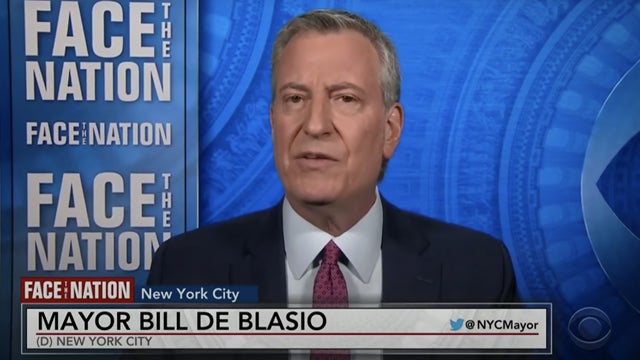 DE BLASIO: He should resign right now because he’s holding up our effort to fight covid. He’s literally in the way of us saving lives right now. Andrew Cuomo can’t lead us into the future. We’ve got the people of this state ready to reope,n but we need to get him out of the way to do it.

BRETT: You understand that Comrade Bill de Blasio ran for president once upon a time and he got 1% support, and that was probably people voting in New York just to get him out of New York City because of damage he’s been doing all these many years? Well, coming up in the second hour, we’ve got a ton more Cuomo news. Rush’s predictions have come to fruition on so many of these accounts, and it’s really incredible.

What a visionary and what a prescient, prescient man Rush was when it came to watching the way these folks operated. Remember, he would say — Rush would say — he knows them like he knows every inch of… You know what I’m saying. It was an incredible thing to sit here all the years that I did with Rush watching him do this analysis and continue to nail these guys. Big spending, Big Government progressives.